The state announced the probe after we questioned whether a subcontractor -- run by a family with close ties to Gov. Bobby Jindal -- billed hundreds of thousands of dollars for Road Home work while their employees were actually doing other jobs.
Author: WWL Staff
Published: 10/29/2013 8:58:44 PM

NEWORLEANS-- The state is launching an internal inquiry and has turned over records to federal investigators in response to questions raised by a WWL-TV Eyewitness Investigation.

The state announced the probe after we questioned whether a subcontractor -- run by a family with close ties to Gov. Bobby Jindal -- billed hundreds of thousands of dollars for Road Home work while their employees were actually doing other jobs.

'We do not take reports of possible fraud or misuse lightly,' said Pat Forbes, director of the Office of Community Development, in a statement issued to Channel 4. 'As such, along with launching our own internal inquiry and audit of Lago's billing practices, we are providing all relevant records to the state's Inspector General and Attorney General's offices as well as the Inspector General for the U.S. Department of Housing and Urban Development for an investigation.'

The Kailas family is one of the metro area's biggest landowners. They own office towers in Metairie, eastern New Orleans and the CBD, strip malls in Kenner and the East, mansions in Jefferson Parish and major development projects on Canal Street.

And they are among the governor's most ardent supporters, donating more than $15,000 to his congressional campaigns and the equivalent of $23,000 for his three runs for governor.

The family, who, like Jindal, is a longtime part of the small Indian community in south Louisiana, also provided space in the Regions Bank tower in Metairie to Jindal's three gubernatorial campaigns -- rent free, through in-kind donations. They also threw in free food and beverages for campaign parties.

(Left to right: Mohan Kailas and his two sons, Naveen and Praveen)

Jindal spokesman Kyle Plotkin said the governor's ties to the family won't deter them investigating fully: 'It doesn't matter what political contributions they have given,' Plotkin said. 'These are serious allegations and they need to be investigated fully. We have zero tolerance for fraud.'

The Kailas-owned Regions building serves as home base for several companies owned by brothers Mohan and Gowri Kailas and Mohan's sons, Praveen and Naveen Kailas.

One company organized by Mohan and Praveen is called Lago Construction. Lago was hired as subcontractors inspecting repairs on mom-and-pop rental units for the Road Home, specifically the state's Small Rental Property Program.

That's a federally funded program that state launched in 2007 to help small-time landlords restore affordable rental units. It got off to a terrible start, but has picked up in the last few years and has now helped restore more than 5,000 units across south Louisiana.

Since February, Lago has billed for at least 10 full-time employees working 40 hours a week on the Small Rental Program.

But a former Lago employee we'll call him Source No. 1 -- provided us with emails showing that four of the employees were sent out on most of the inspections.

'They hired way more than they needed,' he said. 'Because every employee got 8 hours a day regardless if they did 1 inspection or 100, which we never did 100, but I'm just saying. So the more employees he had the more money they were taking in.'

Source No. 1 wanted to remain anonymous because he says the Kailases bragged about their ties to Jindal and he fears their power. He said he was fired when he questioned Lago's billing practices.

'We could have gotten by easily with four inspectors but they hired more, and after I left they were still hiring trying to find more,' he said.

Some of Lago's employees worked full-time on the Small Rental inspections. But some others who billed under that program were really working on other projects; private projects for the Kailases, and even other public jobs, including ones run by the same state agency that runs Small Rental.

Take 28-year-old Praveen Kailas. He owns Lago Construction, and Cajun Elevation and Shoring and Tower Realty, all while spending lots of time coordinating a big development project at the Woolworth Building on Canal Street.

But taxpayers were billed upwards of $200 an hour for his supposedly undivided attention to the Small Rental Program.

Praveen claimed to take what amounts to just 13 days off from Small Rental the whole year, at a cost to the state of nearly $400,000.

Meanwhile, his younger brother, 25-year-old Naveen, claimed to work a full eight hours on Small Rental on all but eight weekdays the entire year -- at a cost of $185,000 to the state and you, the taxpayers.

Naveen even billed for eight hours a day on three federal holidays.

But another former Kailas employee, who also says he is scared of the Kailases' power we'll call him Source No. 2 says that wasn't even close to the truth.

'Naveen Kailas: His time in SRPP was very limited,' said Source No. 2, who left the company on his own accord. 'Praveen was your prototypical entrepreneur. He spent time doing a little bit of everything. There was never a day that I can remember when Praveen or Naveen worked strictly on SRPP. They never worked on SRPP for more than ... an hour at one time.'

And Spencer Wool, a Lago manager whose time was billed to taxpayers at a rate of $117 an hour, took a weeklong vacation in May, our source said, even though timesheets show him working 40 hours that week on SRPP. We could not reach Wool for comment.

When I was at The Times-Picayune, I wrote several stories about Praveen and Naveen's work for Cajun Elevation, a company they formed last year to take advantage of a totally separate state program for raising houses.

They were forced to pull television ads offering homeowners free cruises to sign with them, a no-no in the home elevation program.

And the state suspended Cajun for a month when Naveen was caught on tape in a competitor's sting offering improper benefits to people posing as potential elevation clients.

We reviewed the Small Rental records, and the taxpayers were billed for Naveen working eight hours that day on the rental inspections.

On Aug. 23, 2011, Naveen spent half a day at a state information session for elevation contractors.

He signed a sign-in sheet for the Office of Community Development, the state agency in charge.

'Naveen is strictly Cajun, but he shows his face now and then at the meetings with Shaw and now and then at one or two inspections and he's billing SRPP 8 hours a day, every day,' Source No. 1 said.

A 9th Ward resident, who declined to let us use her name, said Helmstetter was at her house overseeing Cajun's lift job every other day for more two months.

'Christian. He was exactly in charge of everything. The whole works,' the woman said.

Another homeowner, Doris Miles, said Helmstetter came out to her house on Nov. 16, 2011, to go over her lift job.

'He said he was the manager... (of) Cajun, Cajun Elevation,' she said.

Lago billed the state for Helmstetter working eight hours that day on Small Rental. Helmstetter signed the timesheet that week, as he did for all of the weekly forms claiming he was working full-time on Small Rental. We called him at work, but he refused to answer our questions.

The state agency in charge of Small Rental also oversaw Lago's work on another public project.

The state hired Lago back in April to check handicapped access at the Fisher housing projects, the new Katrina Cottages. They spent a full day checking more than 200 items in each of 6 of the cottages.

A state staffer confirmed that he went with Praveen and three other Lago employees to the Katrina Cottages on April 20. Source No. 1 said he was one of the four and he had to go back a different day to re-take some photos. It took parts of seven days to do the inspections and put together detailed, 25-page reports on each unit.

Lago is a subcontractor on Small Rental, which is funded by the U.S. Department of Housing and Urban Development. Lago had no contractual relationship with the state. But somehow, when the state needed to check the handicapped access on the Katrina Cottages a FEMA funded project it hired Lago directly and allowed it to bill for the Fischer work through its Small Rental subcontract.

After we questioned the state about this, they said they would have the FEMA program reimburse the Small Rental program to avoid any double billing. When asked how Lago was contracted for the work, a state spokesman said they were still trying to determine if the arrangement was ever put in writing.

And he acknowledged that the whole arrangement is part of what's being reviewed as a part of the internal investigation that was sparked by our reporting.

And finally, the young Kailas brothers are building a massive mansion on Bancroft Drive along Bayou St. John. Our insiders say it was a money pit, so at times they put two full-time Small Rental employees in charge of the mansion construction.

'They were told to get their SRPP inspections or paperwork done, but at the same time, 50 percent of their time was dedicated to Bancroft as well,' Source No. 2 said.

Our inside sources say Devon Long, in particular, did the bare minimum for SRPP so he could focus on the Bancroft mansion. His truck was photographed at the mansion while the state was billed eight hours for him on SRPP.

We contacted Long on his cell phone.'I'm actually not allowed to discuss anything that has to do with the SRPP project because I signed on the, I forget what they call it, but a document that limits me from even discussing because it's a state program,' he said.

We reminded him that the Bancroft mansion had nothing to do with any state programs, but he refused to discuss that too and referred us to his manager, Praveen Kailas.

Praveen repeatedly declined to be interviewed for this story. A representative for the company would only provide this statement:

Lago's contracts did not prohibit work outside of 8:00 a.m. to 5:00 p.m. for the SRPP. Lago billing records also show that when its employees work less than 40 hours per week, Lago bills accordingly.'

'The whole time I was there we never worked weekends and one night in probably six or 7 months we worked late,' Source No. 1 said. 'The hours were 8 to 5:30, no weekends and that was it, all we ever worked.'

And the one time they worked late, it was on the Fischer Katrina Cottage reports, not the rental program, he said.

We asked Source No. 2 if any of the Lago employees could have made up for the time they claimed on Rental Program timesheets by working off-hours.

'That would be impossible,' he said.

Have an investigative story tip for Eyewitness News? Click here to submit. 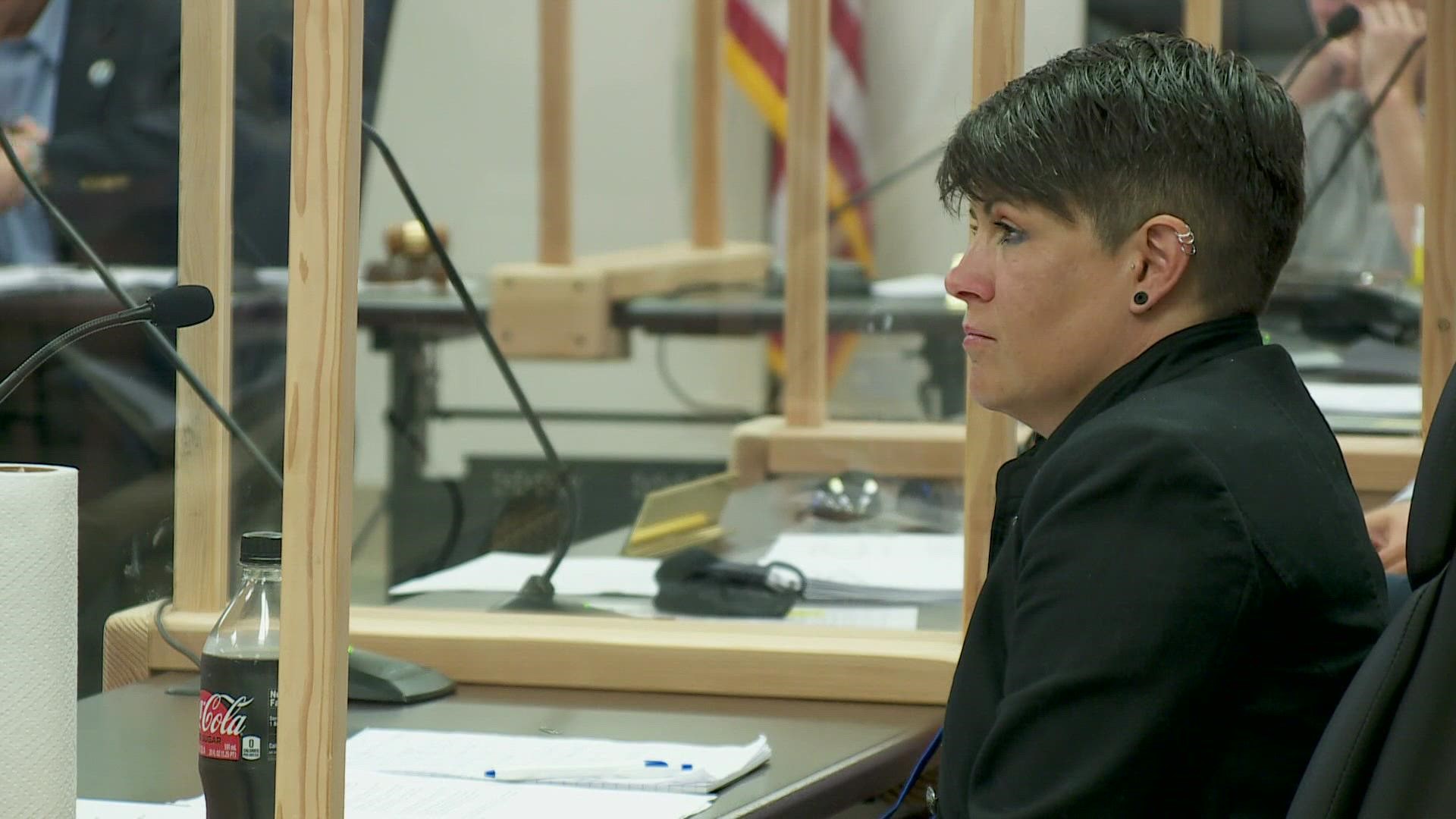