The reforms aren't without controversy. 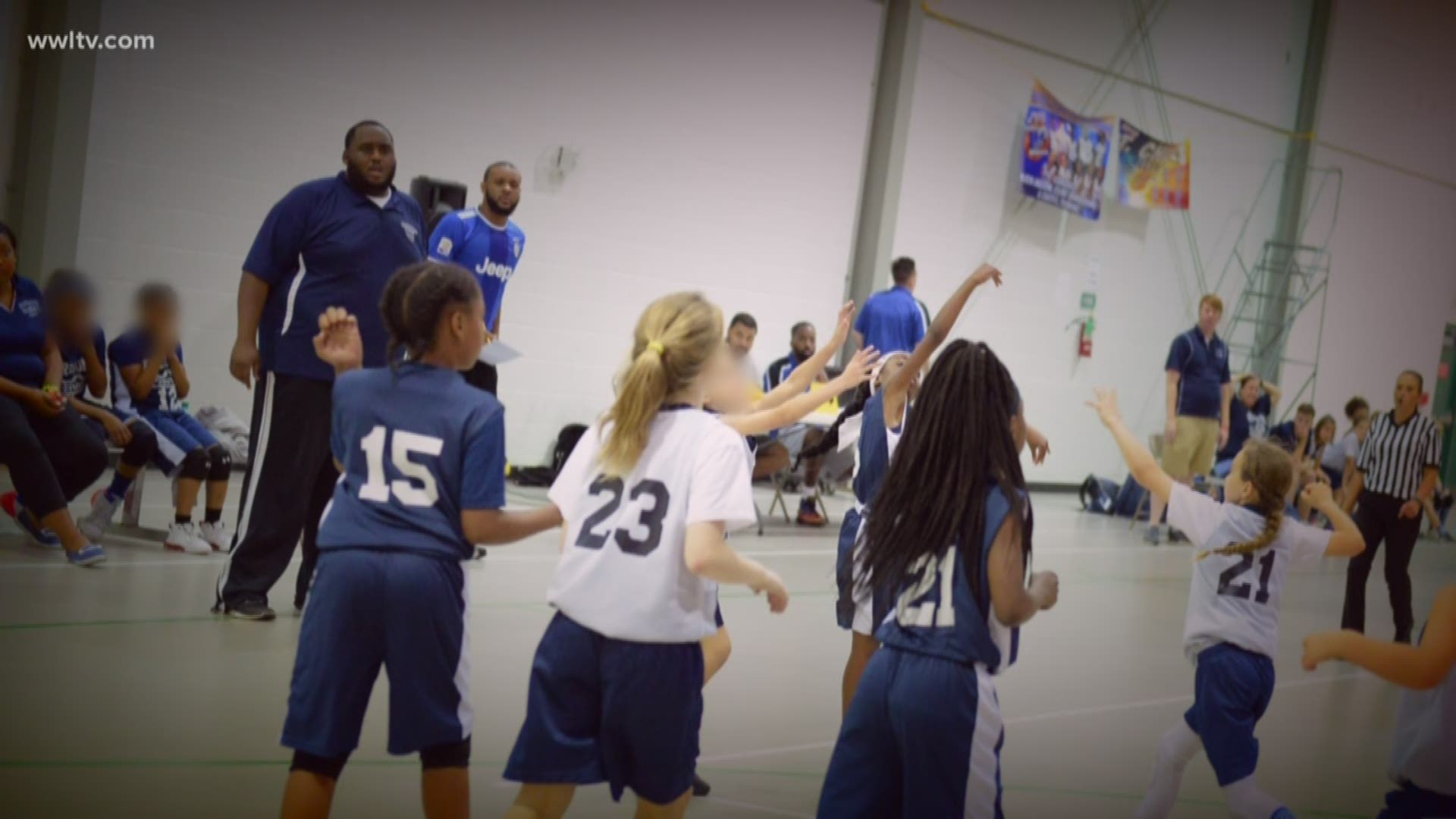 HOUMA, La. -- Terrebonne Parish is implementing major reforms at its recreation department after WWL-TV exposed an accused sex offender coaching one of its 7- and 8-year-old girls’ basketball teams.

“You did a lot of background work and you did a lot of investigation and gave us a lot of information we did not have,” Parish President Gordon Dove told WWL-TV in an interview this week. “I want to thank the public as well as yourself for bringing this to our attention.”

The station’s report June 11 showed that Derrian Williams, who had been arrested on child sex charges in 2017 and banned from coaching, coached young girls in several games and tournaments this year, in Terrebonne Parish and in Harahan and Slidell.

Dove said that was a wakeup call.

“And we did our own investigation, of course, and with that we went immediately to these identification badges, which are presently being made,” Dove said, pointing at blue, red and orange prototypes for badges all officials, coaches and volunteers must wear to be allowed on youth athletic fields and courts.

In the past, longtime Terrebonne Parish Recreation Director Sterling Washington approved volunteer coaches and hired employees, Dove said. Now, the parish Human Resources department will vet each employee, official and volunteer before they can get a badge.

Before, Dove said, only employees went through background checks, and the review of law enforcement records only covered the last two years, and only in Terrebonne and neighboring Lafourche parishes. Now, the parish will pay $25 per person to run national background checks covering seven years for anyone seeking a badge.

“These rec(reation) districts and this TPR has been run the same for 25-30 years,” Dove said. “Very lax. Very unprofessional. It was time for a complete change.”

The problem with Williams, however, was not that parish officials didn’t know about his record.

Williams, 30, was arrested in 2017 and charged with child sex trafficking and carnal knowledge of a juvenile. He's accused of transporting a 16-year-old girl from Mississippi and forcing her to have sex with him as payment. He was released on bond and outfitted with an ankle monitor, but that didn't legally restrict his travel or his interactions with children.

The only legal restriction for Williams was that he couldn’t be in contact with the girl he allegedly had sex with or her family.

Washington, the former TPR director, did take action in the spring of 2017 to ban Williams from coaching or attending TPR youth games. But WWL-TV uncovered video of Williams attending a recreation league game in Theriot in December 2017, and a photo of him standing near Washington at a TPR gym in January as they held tryouts to select parish all-star teams.

Additional photos and videos showed Williams coaching the 7- and 8-year-old all-stars at tournaments in March. He’s seen on the sidelines in a coach’s shirt, a towel over his shoulder, sitting on the bench with the girls, huddling up with them and even handing them their championship medals for a tournament in Harahan and posing with them for the official champions’ photo after they won the Biddy Basketball National Tournament in Slidell.

And public records obtained by WWL-TV showed Washington approved hundreds of dollars in taxpayer money for Williams to stay at a hotel with the team in Slidell.

The day after the story broke, Washington resigned and the parish banned Williams and his father, longtime volunteer coach Ryan Williams, who was listed as the official head coach of the all-star team. The parish later sent a letter to Ryan Williams demanding payment of $430.68, the cost of four nights when Derrian Williams was, according to the letter, staying at the hotel with the team and without his father present.

The reforms aren't without controversy. Parish Councilman John Navy is friends with Derrian Williams' family. He hired Williams to work in his last political campaign, in 2015, and he initially questioned the parish's right to ban him.

“This guy (has) never been convicted, so how do you have a policy in place when you're dealing with a situation of accusations?” Navy said. At a parish council meeting earlier this month, he called the parish’s actions “divisive” and said, “We’re fighting our situation to where we are guilty first before we innocent. I thought we were innocent first and then we’re proven guilty.”

Dove said the parish can ban someone from coaching before that person has been convicted.

Navy said he isn't against banning Williams, but he’s concerned the parish isn’t enforcing the rules equally across the parish.

“Not just because it happened in one area of town. Do it no matter what part of Terrebonne Parish it happened in,” he told WWL-TV in an interview.

He said he’s already raised concerns to the council that convicted felons are able to coach or work at parish recreation facilities. He wouldn’t say who those people are or where they are coaching, however.

Navy also said he’s friends with Sterling Washington and feels he was treated unfairly. He said he does not accept Washington’s resignation, but also said he hasn’t spoken to him and doesn’t know if he even wants the job back.

Some rules about who can and who can’t volunteer or coach still need to be defined, Dove said. For example, when asked if a convicted felon could volunteer if he or she has served his or her time, he said, “It depends what for. If it's a DWI, that's one thing. If it's a sex crime, they (are) not going to be working in the Terrebonne Parish recreation system as long as I'm parish president. If it’s domestic violence, they will not be working in Terrebonne Parish recreation system.”

Pulaski said he’s planning to use the parish’s online reporting system for code enforcement and nuisance abatement as a way for parents and others to anonymously report violations of the new TPR rules.

The reforms also include implementation of a 2011 state law requiring youth coaches and officials to receive training in recognizing and handling concussions. Pulaski said the parish is partnering with Terrebonne General Medical Center to offer in-person training for volunteers and employees.