A U.S. District Court judge cleared the way for Terrebonne Parish ExposeDAT blogger Jennifer Anderson and her husband to sue Sheriff Jerry Larpenter for violations of her civil rights, while dismissing her claim of malicious prosecution Tuesday. 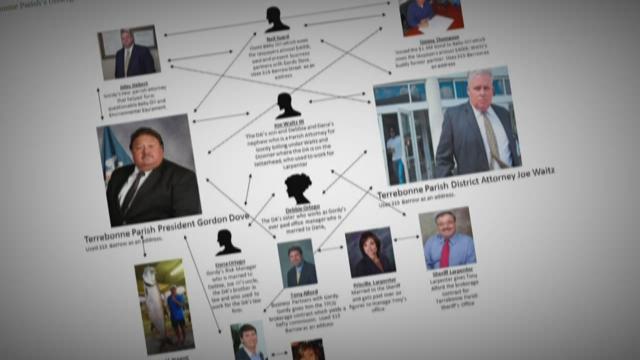 NEW ORLEANS -- A U.S. District Court judge cleared the way for a Terrebonne Parish blogger and her husband to sue Sheriff Jerry Larpenter for violations of her civil rights, while dismissing her claim of malicious prosecution.

Jennifer and Wayne Anderson sued Sheriff Larpenter after he searched their home and seized the family's computers and cell phones a year ago. Larpenter ordered one of his detectives to secure a search warrant under the guise of a criminal defamation investigation into Jennifer Anderson's blog, "ExposeDAT."

Louisiana's criminal defamation statute was declared unconstitutional by the La. Supreme Court decades ago as it pertains to elected officials.

At the time of the search and seizure, Anderson's true identity was not publicly known. She created "ExposeDAT" using the pseudonym John Turner.

While the judge who issued the search warrant found probable cause for the search, Louisiana's 5th Circuit Court of Appeal found it unconstitutional.

The Andersons filed a civil rights lawsuit in federal court against Larpenter, alleging the sheriff violated Jennifer's 1st Amendment right to free speech, their 4th Amendment protection from unlawful search and seizure and for malicious prosecution.

In a scathing order filed Wednesday, July 19, U.S. District Judge Lance Africk denied Larpenter's motion to throw out the case in its entirety, allowing the constitutional claims to proceed, but dismissing the malicious prosecution claim because Anderson was never formally prosecuted.

Larpenter has argued Anderson's blog targeted Tony Alford in his capacity as a businessman, not in his role as a public official on the Terrebonne Parish Levee and Conservation District Board of Commissioners. But like the state court, Africk found Alford is a public official, and therefore Anderson's speech would be protected.

The implications of the case not only reach far into the precious protections guaranteed by the Bill of Rights, but for the Andersons, the ExposeDAT investigation was life-changing, and not for the better.

Wayne Anderson is a Houma Police officer. The day of the search he was placed on indefinite administrative leave. He then had medical problems that forced him off duty until last week.

The resulting scandal caused Jennifer Anderson to lose her job as well.

The order says Larpenter has argued there was no damage done to the Andersons because they got their phones and their computers back without them being searched.

But Judge Africk indicates in his order the damages caused by sheriff's actions go beyond the alleged trampling of the Andersons' constitutional rights.

"That message—if you speak ill of the sheriff of your parish, then the sheriff will direct his law enforcement resources toward forcibly entering your home and taking your belongings under the guise of a criminal investigation—is inseparable from the injury and would certainly chill anyone... from engaging in similar constitutionally protected speech in the future," Africk wrote.