A federal grand jury indicted them a little more than a year ago on 19 counts of conspiracy, fraud, money laundering and obstruction of justice, but the feds keep adding more charges. 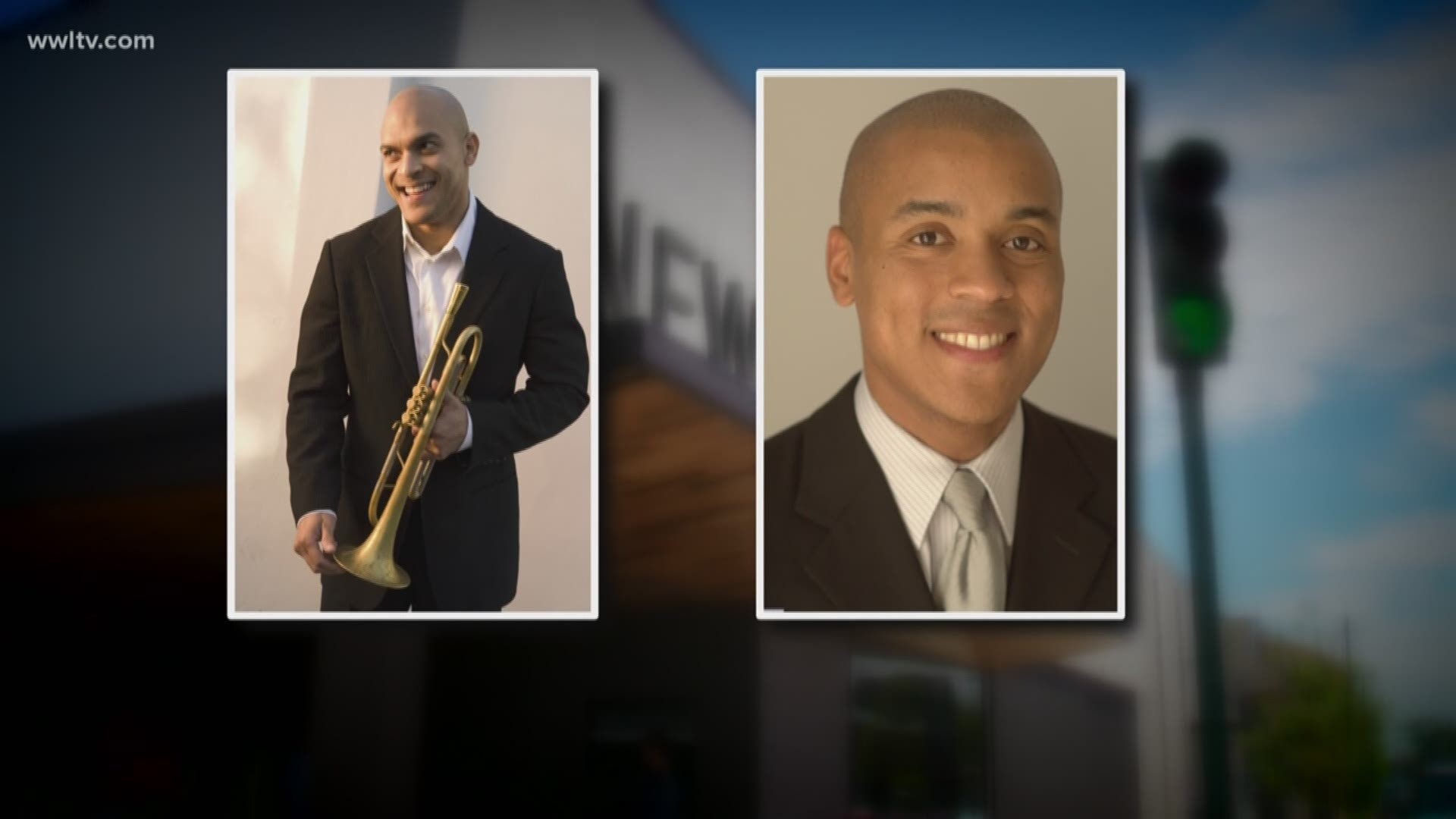 Grammy-winning trumpeter Irvin Mayfield and his longtime business partner and pianist Ronald Markham were back in federal court Monday, pleading not guilty for a third time to more corruption charges for allegedly using public library donations for their own personal gain.

WWL-TV’s exclusive investigation in 2015 and 2016 exposed more than $1 million Mayfield and Markham transferred from the New Orleans Public Library Foundation, where they both served as board members, to their own jazz orchestra, helping pay orchestra expenses as resources dwindled, maintaining their own six-figure salaries and allowing Mayfield to pay for multiple 5-star hotel stays, limo rides, booze, a $15,000 gold-plated trumpet and even a $1,400 breakfast. 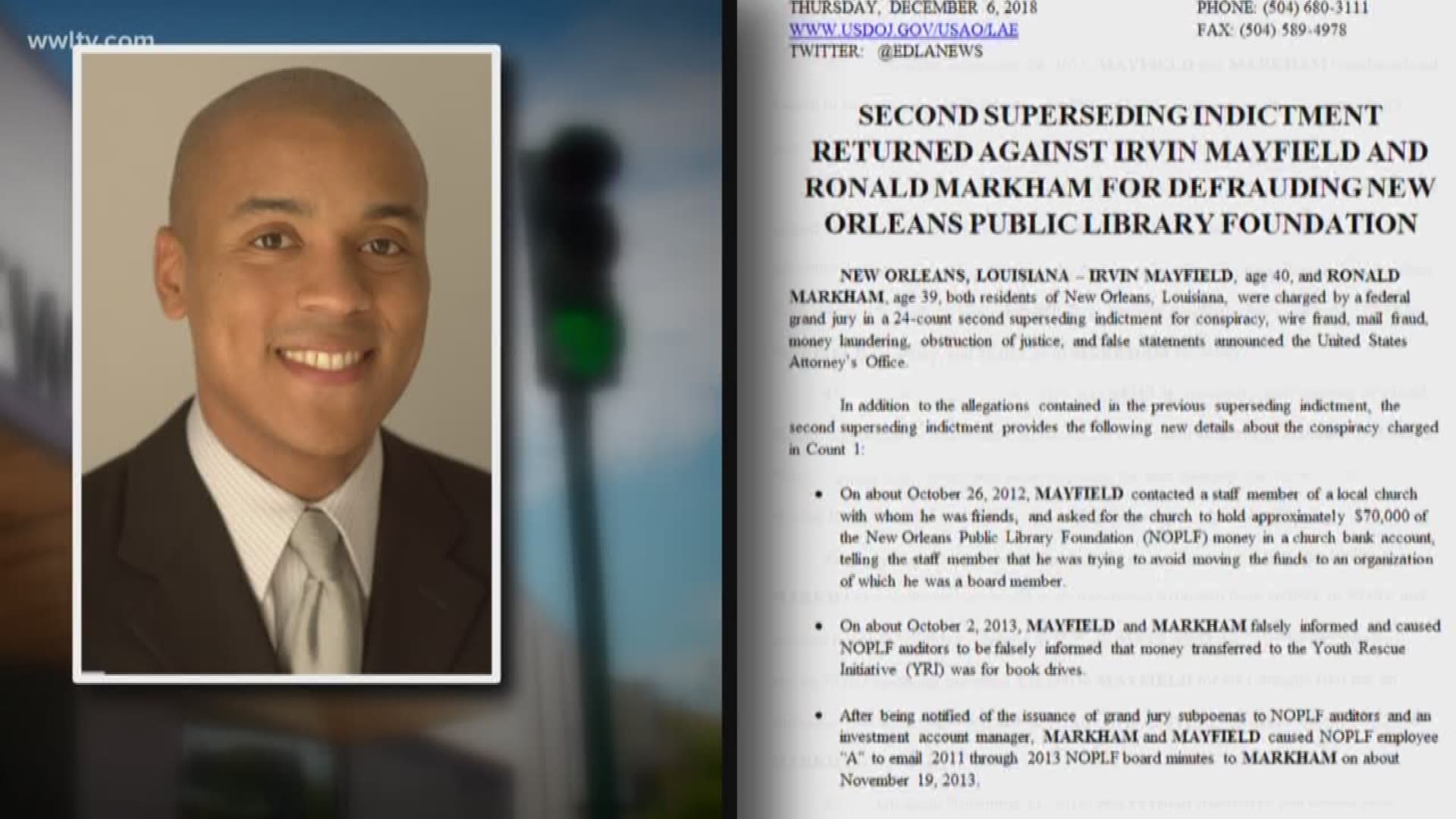 A federal grand jury indicted them a little more than a year ago on 19 counts of conspiracy, fraud, money laundering and obstruction of justice, but the feds keep adding more charges.

The U.S. Attorney’s Office added four counts in June, and Dec. 6 brought an additional count against Markham, bringing the total against them to 24. Mayfield also faces a single count of mail fraud by himself, meaning they each face 23 counts.

Some of the charges carry a maximum sentence of 20 years in prison if convicted.

The latest charge against Markham alone is for lying to the FBI about whether he was involved in allegedly doctoring the minutes of the Public Library Foundation’s board. Federal prosecutors say Markham and Mayfield changed dollar amounts in those minutes to mislead the board’s attorneys and other members.

The new indictment also adds details to the conspiracy charge against both men. One such detail alleges Mayfield and Markham reported they were sending library donations to the Youth Rescue Initiative, a non-profit where Mayfield sat on the board and controlled a bank account, for a “book drive,” when in fact they were passing the money along to their jazz orchestra.

Another new part of the indictment alleges Mayfield stashed $70,000 in library foundation funds in a local church’s bank account, rather than send the money to another nonprofit where he served on the board.

Meanwhile, Markham was sending the city’s library director, Charles Brown, an email -- first exposed by WWL-TV in 2017 -- saying the Library Foundation no longer had enough money to give its usual $100,000 contribution to the city’s library system. That email has now been added by the U.S. attorney’s office as an “overt act” in furtherance of the alleged conspiracy.

Mayfield is represented by the Federal Public Defender’s Office and Markham by Sara Johnson, a court-appointed attorney. They both claim they cannot afford to pay attorneys to defend them. They remain free on bond, as they have been since last December.

Their trial is scheduled for April 29 before U.S. District Judge Jay Zainey.