Board of Ethics clears four La. State Troopers for San Diego side trip

Records show Hyatt, Miller and Nezgodinsky charged the state overtime for hours they may not have worked both on the road and once they arrived in San Diego. 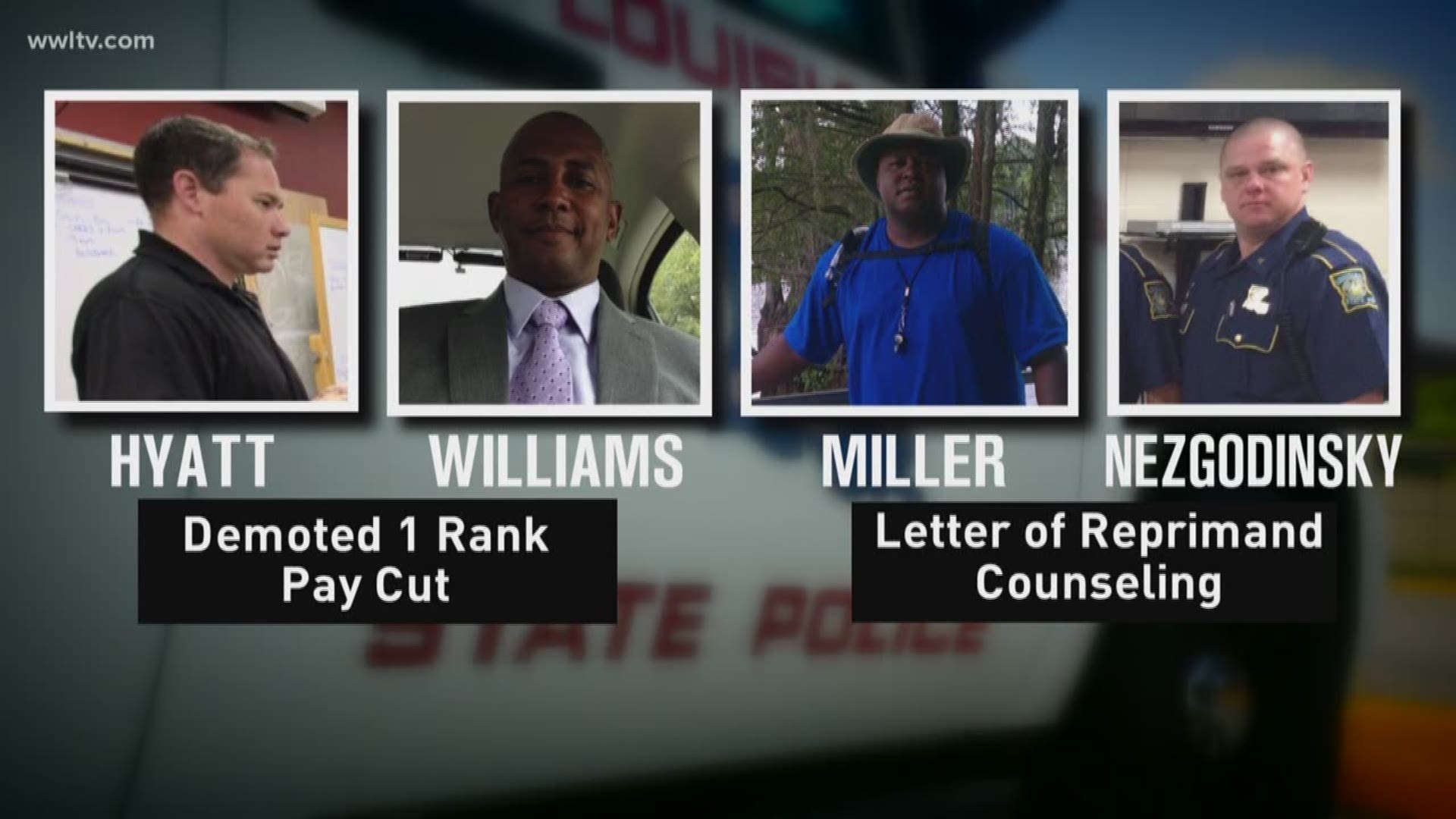 The Louisiana Board of Ethics secretly cleared four Louisiana State Troopers accused of taking a taxpayer-funded vacation, charging the state overtime for hours they may not have worked, on their way to a 2016 conference in San Diego.

Letters sent to the troopers, obtained by partner newspaper the New Orleans Advocate, indicate the ethics board closed its investigation into the troopers without finding evidence of ethics violations.

The board found the troopers had the approval of former State Police Commander Mike Edmonson to take the longer, scenic route when they drove to the Internal Association of Chiefs of Police conference in California.

“Col. Edmonson was aware of and approved your stops along the northern route. It was also revealed that your superiors within LSP approved your reimbursement and overtime requests,” board attorney David M. Bordelon wrote.

The four troopers who took the side trip, Sgt. Rodney Hyatt, Lt. Derrell Williams, Trooper Thurman Miller and Trooper Alexander Nezgodinsky, stopped at scenic destinations along the way, including the Grand Canyon, the Hoover Dam and for a night in Las Vegas, adding to the cost to taxpayers.

Records show Hyatt, Miller and Nezgodinsky charged the state overtime for hours they may not have worked both on the road and once they arrived in San Diego. As the head of internal affairs, Williams was not overtime-eligible, and did not receive any extra pay.

Hyatt paid back $1,302.76 and Miller refunded the state $998.36 for the overtime, although Hyatt maintains he did, in fact, work all the hours he logged on his time sheets.

At the time the trip was first exposed by the New Orleans Advocate and WWL-TV, Edmonson said he allowed the troopers to drive to San Diego in a state-owned SUV, but said he did not sign off on the side trip or overtime pay.

An internal affairs investigation conducted by the State Police found Edmonson was well aware the troopers took the trip, with his wife exchanging text pictures with the troopers at scenic sites along the way.

The controversy led Governor John Bel Edwards to request a sweeping audit of State Police travel, which resulted in a Louisiana Legislative Audit report that accused Edmonson of living a life of luxury on the taxpayers’ dime.

The Legislative Auditor sent the results of their investigation to state and federal prosecutors, but it is unclear whether either has started investigating.

Edmonson’s replacement, Col. Kevin Reeves demoted Hyatt and Williams over the side trip one rank with a pay cut. He issued a letter of reprimand to Miller and ordered ‘counseling’ for Nezgodinsky.

All four of the troopers are appealing their punishments to the Louisiana State Police Commission in July.

“If I was their attorney I would use it to try to overturn the demotion and nay orders to repay money. On the other hand, just because they didn’t violate any particular ethics code article doesn’t mean what they did was right,” Hardin said.