LA Fitness said it removed Mayeux and Mata from their positions Wednesday while it looked into the allegations. 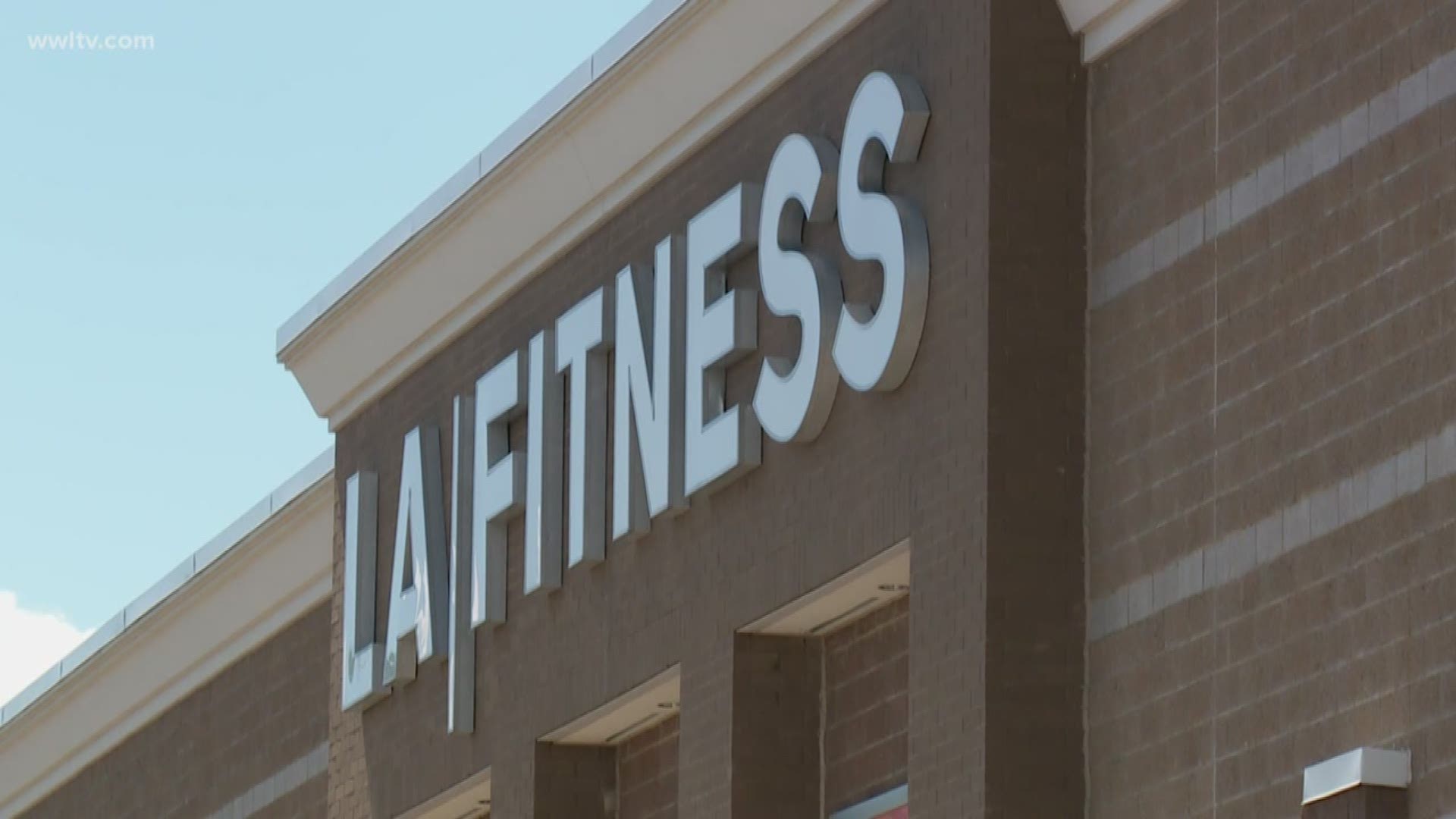 SLIDELL, La. -- Two managers at the LA Fitness health club in Slidell have been removed from their positions as the company re-visits its investigation into allegations they discriminated against a former employee because of her race.

Aireial Mack, 26, said she recorded her supervisor, Blake Mata, using the “N-word" to her before she received a text message from him in January saying she was being taken off the work schedule because, in part, “…we don’t want to leak off a n----r style.”

In a statement released late Wednesday, LA Fitness said they would re-examine Mack’s allegations that the gym was a “toxic” place and, for her, a hostile work environment. 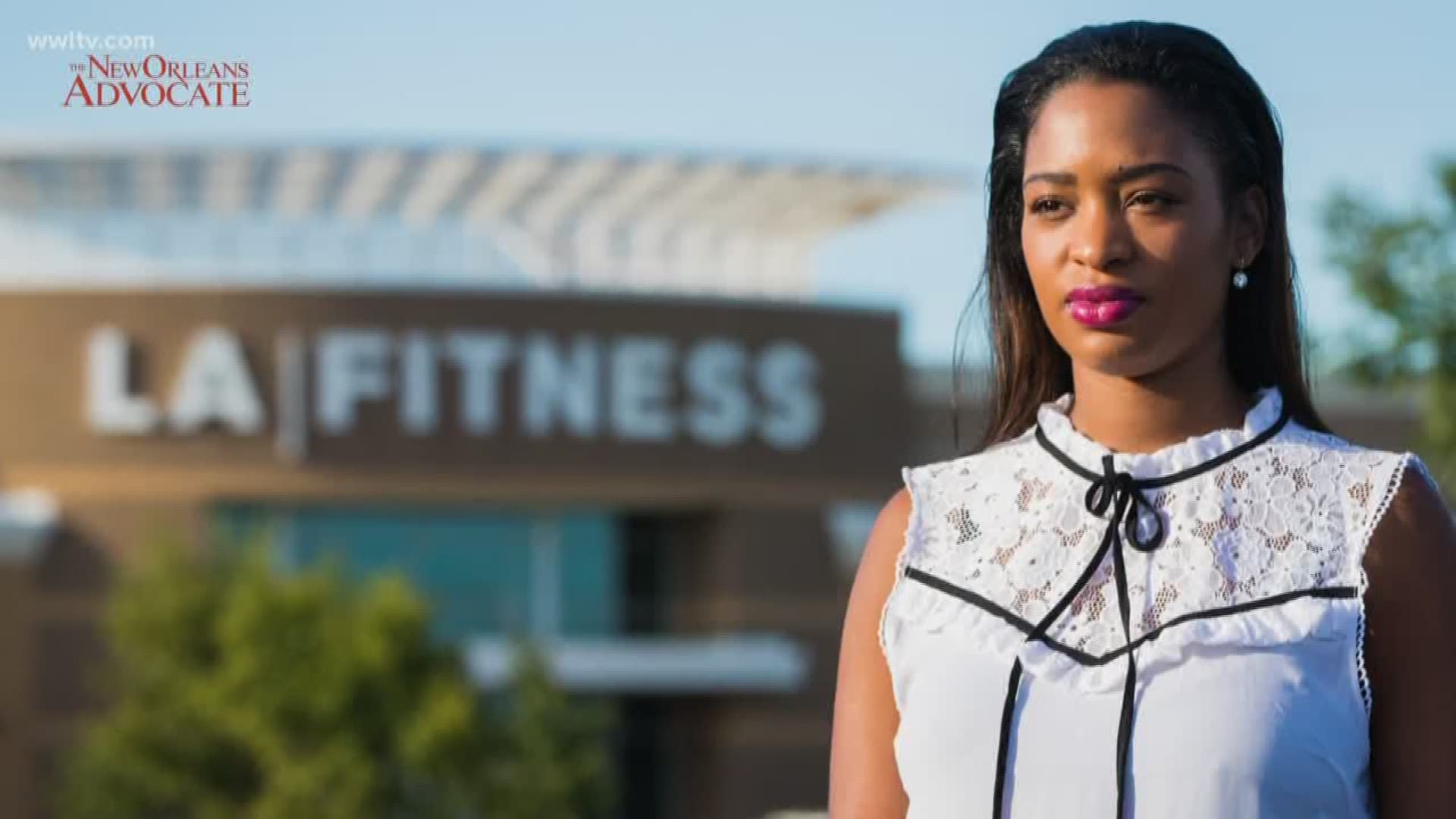 Mack was featured in reports by WWL-TV and partner newspaper the New Orleans Advocate Tuesday. The news organizations reached out to LA Fitness five days prior for comment, but the company did not make a statement until the day after the reports were published.

Company spokeswoman Jill Greuling said in the emailed statement that the company was "shocked" after watching the report about Mack’s allegations and had been unaware of the bulk of them.

But Mack filed a complaint against LA Fitness with the La. Commission on Human Rights and the Equal Employment Opportunity Commission in March after she said she received the racially-offensive text message from Mata.

She also alleged that the company fired her because of her race.

The commission found LA Fitness violated Title VII of the Civil Rights Act when, among other things, Mack’s “ability to remain on the schedule was removed due to her natural hair.” However, the Commission found she could have been fired for legitimate reasons because the company cited poor job performance in its response to the complaint.

“In my length of employment, I didn't have no write ups or reprimands,” Mack said.

But Mack said it came from a number known to be Mata's and begins with "Hey this is Blake.”

“I went to Mark first and I showed him the text to see what he wanted to do about it. And he apologized profusely and said he couldn't believe that Blake sent that text message to me and he said he wanted to take care of it and to not tell anyone else. He was trying to keep it under wraps,” Mack said.

Visibly upset, she said she waited until she regained her composure before confronting them.

Mack said she approached Mata out on the gym floor. “He just said, ‘You trippin.' I just told you change it. It's no big deal. You trippin’,” Mack recalled.

The company now questions the validity of it and a warning text Mack received the day before from a phone number belonging to former Fitness Director Angelle Torres.

Torres said she remembers warning Mack that Mayeux and Mata were plotting to fire her, but Torres told WWL-TV she doesn't remember if she warned Mack in the form of a text message.

Mack said the employees would regularly text message each other for work purposes while at the club.

“I have my text messages from everyone from the time I started, so this wasn't like a random text,” Mack said about the text she received from Mata.

In its response sent to WWL-TV, LA Fitness alleged Mack refused to show the company Mata’s text message during the investigation.

Mack said she never communicated directly with the company during the human rights commission investigation. Her attorney, Victor Farrugia, said Thursday he would be happy to discuss sharing Mack's evidence with LA Fitness' attorney and that "We stand by the evidence that we presented as being authentic."

The company said it removed Mayeux and Mata from their positions Wednesday while it looked into the allegations.

“Obviously this requires further examination and if we learn our employees engaged in the disgusting behavior you depict in the story, they will be fired. We could have taken actions such as suspension and termination earlier, but the great bulk of these allegations had simply not been raised prior to the broadcast," Greuling wrote.

The failed conciliation memorandum from Louisiana Commission on Human Rights Executive Director Dr. Lea Raby, dated July 12, says "Complainant also provided evidence of supervisor B.M. using this term [n word] in her presence on other occasions, indicating this was a common practice of his."

Those other occasions included conversations Mack said she recorded.

In one recording, a man Mack identifies as Mata said, “That n----r is coming at you,” about an African-American member.

Other former employees have said Mata and Mayeux regularly used racial slurs in the gym.

LA Fitness offered Mack a $2,000 settlement during the conciliation process with the human rights commission. She turned it down, instead opting to hire an employment attorney.