Two years after she said she was raped, family seeks justice for Amelia

Amelia's father said he was told a rape case would be difficult to win because Amelia wouldn't be able to testify. 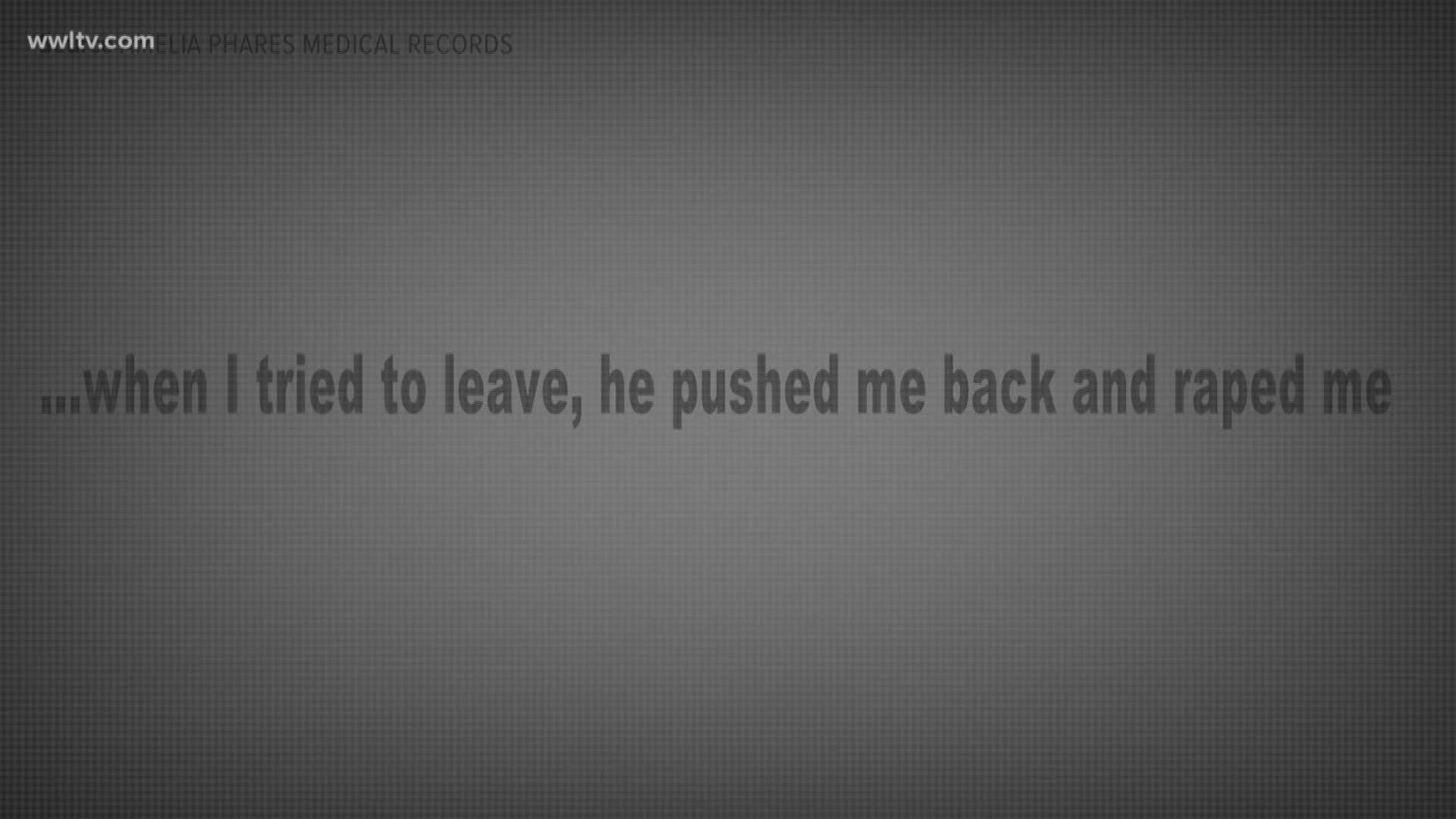 ST. TAMMANY PARISH -- A fun first day of summer vacation spent lounging by the pool with friends turned tragic for Amelia Phares, 16, in 2016, ending with questions from St. Tammany Sheriff’s detectives and a rape exam at Children’s Hospital in New Orleans.

Records show Phares reported to deputies she had been raped in a truck parked near the Versailles Estates pool in Covington by an 18-year-old man her friend knew.

But the tragedy of Phares’ story doesn’t end there. Amelia took her own life six months after the incident, leading her family to question why more wasn’t done on the case in the six final months of her life.

It took nearly two years for the Sheriff’s Office to issue a misdemeanor summons for carnal knowledge of a juvenile to the suspect who was 18-years-old at the time.

Seventeen is the age at which someone is old enough to consent to sex under Louisiana law.

In Amelia’s case, handwritten notes on medical records from her treatment at Children’s Hospital during the rape exam read, “I was raped by somebody I didn’t know.”

On May 22, 2016, Amelia told investigators that she and two friends had climbed into the suspect’s truck because they were cold after an afternoon of swimming.

At some point, Amelia said the other two girls got out of the truck leaving her alone with the man.

Additional notes written on Amelia’s medical records read, “When I tried to leave, he pushed me back and he raped me.”

Her grandfather traveled from his Kenner home to Mandeville to wake Amelia’s parents up.

When they arrived at the house where Amelia was supposed to have a sleep over with friends, Kim Phares, Amelia’s mom, said dozens of police cars filled the street.

“There were police and investigators everywhere,” she said.

When they finally spoke to Amelia, her father said she was withdrawn and quiet.

“I asked her if he had hurt her and she said yes,” her father said.

The Phares’ questions about how the St. Tammany Parish Sheriff’s Office handled the case began in the months following her rape exam at Children’s Hospital.

“I was crying before I even got on the Causeway because I knew what she was gonna be facing,” Kim said.

Hours of questioning, an intrusive physical exam and prophylactic treatment for possible pregnancy and STD’s are all part of it. While the Phareses said the specially-trained nurses were compassionate and understanding, it was difficult for Amelia, and Kim said she felt her daughter was in shock.

“In retrospect, I'm not really happy that we did it,” Tim Phares Jr. said, expressing regret that he asked Amelia to undergo the exam. “Considering what has and has not happened, mostly what has not happened. Basically I think I did more damage in telling her to follow the police's instructions than helping her.”

The medical records from that exam say Amelia said she was bruised on her head, arm and leg.

While the crime of rape in Louisiana requires prosecutors to prove the victim did not consent, carnal knowledge of a juvenile does not.

“Here, if there's no defense of consent, because it's illegal to have sex with a minor, then DNA can prove the case,” said Tania Tetlow, a Tulane Law Professor.

For months the Phares’ said they were told conflicting stories by the detectives who handled Amelia’s case about whether the rape exam revealed the suspect’s DNA.

“We've been told variously that the case is closed, which it's not, or we have DNA evidence out there pending,” Tim Phares Jr. said.

Two months after the attack, Phares texted the St Tammany Sheriff's detective asking for an update.

More than a year later, in October of 2017, another deputy told the family they were “Waiting to get the report on the DNA evidence before requesting a warrant for the suspect's DNA.”

The Phareses were given the opportunity to read the full police report in late April of this year. Tim Phares Jr. said the report said the rape kit contained the suspect's DNA in Amelia's bikini bottoms.

“We have nothing but questions about how the police have handled this,” Tim Phares Jr. said.

His father, Tim Phares Sr., is a Kenner Police Investigator. He started asking questions about Amelia’s case in 2017.

Phares Sr. wrote two letters to Sheriff Randy Smith, one to District Attorney Warren Montgomery and one La. Attorney General Jeff Landry asking for help getting justice for his granddaughter.

He said he was told twice by Sheriff's deputies the case was closed because Montgomery had said there wasn't enough evidence to get a rape conviction.

But Phares said Montgomery had personally called him after receiving his letter and that Montgomery said he had not closed the case as he had not even received the case from the sheriff’s office to review.

His father eventually sent a certified letter to Sheriff Smith to file the internal affairs complaints. In that letter, Phares Sr. writes, "I have no great faith that internal affairs is independent enough to review the actions of the deputies involved. But, maybe you'll offer some explanation for the various failures of the Sheriff's office and the reason for all the misinformation and lies my family has endured."

Sheriff smith did not directly respond to Phares Sr., and his spokesman told us he was unable to comment.

The Sheriff’s Office has not yet responded to a public records request filed April 13, 2018, for the results of any internal investigation into the two deputies.

“There were many nights I slept with her or she slept in our bedroom. We even put a mattress on our floor in our bedroom so she could sleep with us because she would have like night terrors,” Kim Phares said.

Amelia posted on her Instagram that she was having a rough time and wanted to be left alone the week after it happened.

A month after she returned to Fontainebleau High School in the fall for her Junior year, Amelia started having panic attacks in class and her social media posts indicate some people had been calling her a liar.

She began attending school “home bound,” which means she would complete classwork online and only go to the school for exams.

Amelia's father said he was told a rape case would be difficult to win because Amelia wouldn't be able to testify.

“I found her on the floor of her room non-responsive. I did CPR until the techs showed up to help her. It was too late. I knew it was too late when I started,” her father said.

Kim said she believes the incident played a role in Amelia’s suicide, although Amelia didn’t specifically mention it in the modern suicide note she left behind: a 12-minute video.

“All she said was I can't live with this pain anymore,” Tim Phares, Jr. said.

The statute of limitations on misdemeanor charges is two years from the date the crime was committed.

While he has been issued a summons, the DA is still reviewing the case to decide whether he will prosecute. If that decision isn’t made by May 21, the case would be closed.