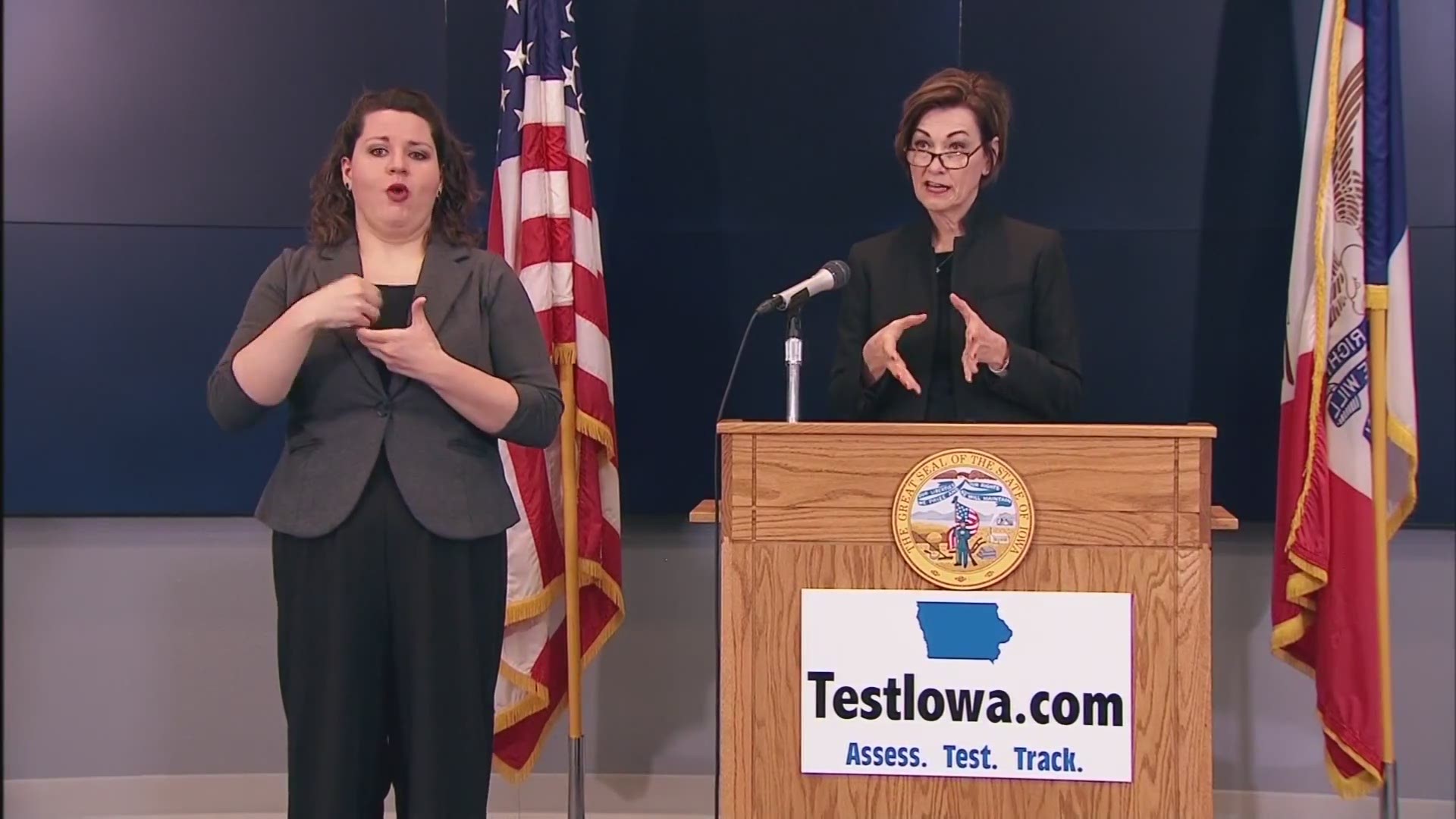 That's how many COVID-19 tests a new initiative called "TestIowa" pledges to administer in the fight against coronavirus in Iowa. Details of the program were announced at a press briefing on Tuesday with Gov. Kim Reynolds and members of the companies involved in rolling out the testing program.

According to the governor, the program will have 540,000 tests ready to go with a testing capacity of up to 3,000 tests a day. That benchmark is already being hit in Utah, according to Reynolds. Utah is the only other state to unveil a similar program.

The website, testiowa.com, involves an online assessment any Iowan can take right now. Reynolds told all Iowans during her press conference to take the assessment, wait for confirmation that they are qualified for a test, and go to a testing location as it becomes available. Only two testing sites will be operating this week: one in Tama and the other in downtown Des Moines. Reynolds said that frontline workers, such as hospital staff and long-term care employees, will be able to get the drive-through tests right now. Expanded testing is expected, though the governor did not outline when that would happen.

Here's how to go through the assessment: 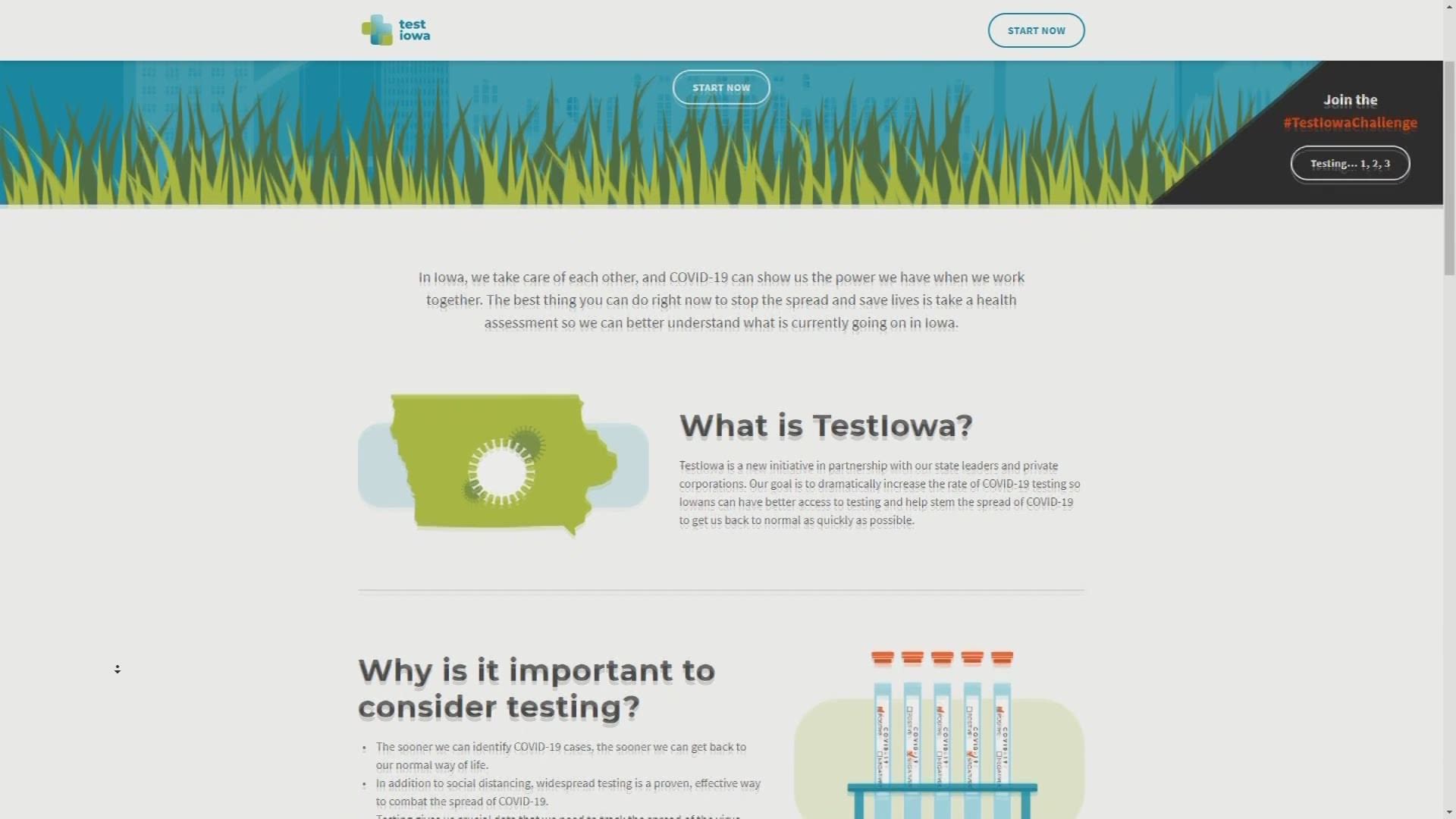 Reynolds said that first responders, medical professionals, and long-term care facility workers will be tested first, along with people who work at manufacturing and meatpacking plants.

Reynolds said that the state of Iowa owns the data collected by the private companies involved in TestIowa. She said the site is safe and secure, and that the information from Iowans, such as their medical information, birthdate, etc. is kept confidential and not shared with the companies.

READ: Details of the contract between the state and Test Iowa project managers

The companies involved in TestIowa are: Nomi Health, Domo, Qualtric, and the Silicon Slopes Board. The contract for Test Iowa was signed on April 14.

RELATED: This Iowan is among the first to donate convalescent plasma after beating COVID-19