'It's going to take a lot out of us' | Mardi Gras Indians remember, mourn big queen Kim Boutte

“She was very much a part of the African culture, with music, the sound, and with wearing costumes featuring the cowry shells,” said tribe drummer Wesley Phillips. 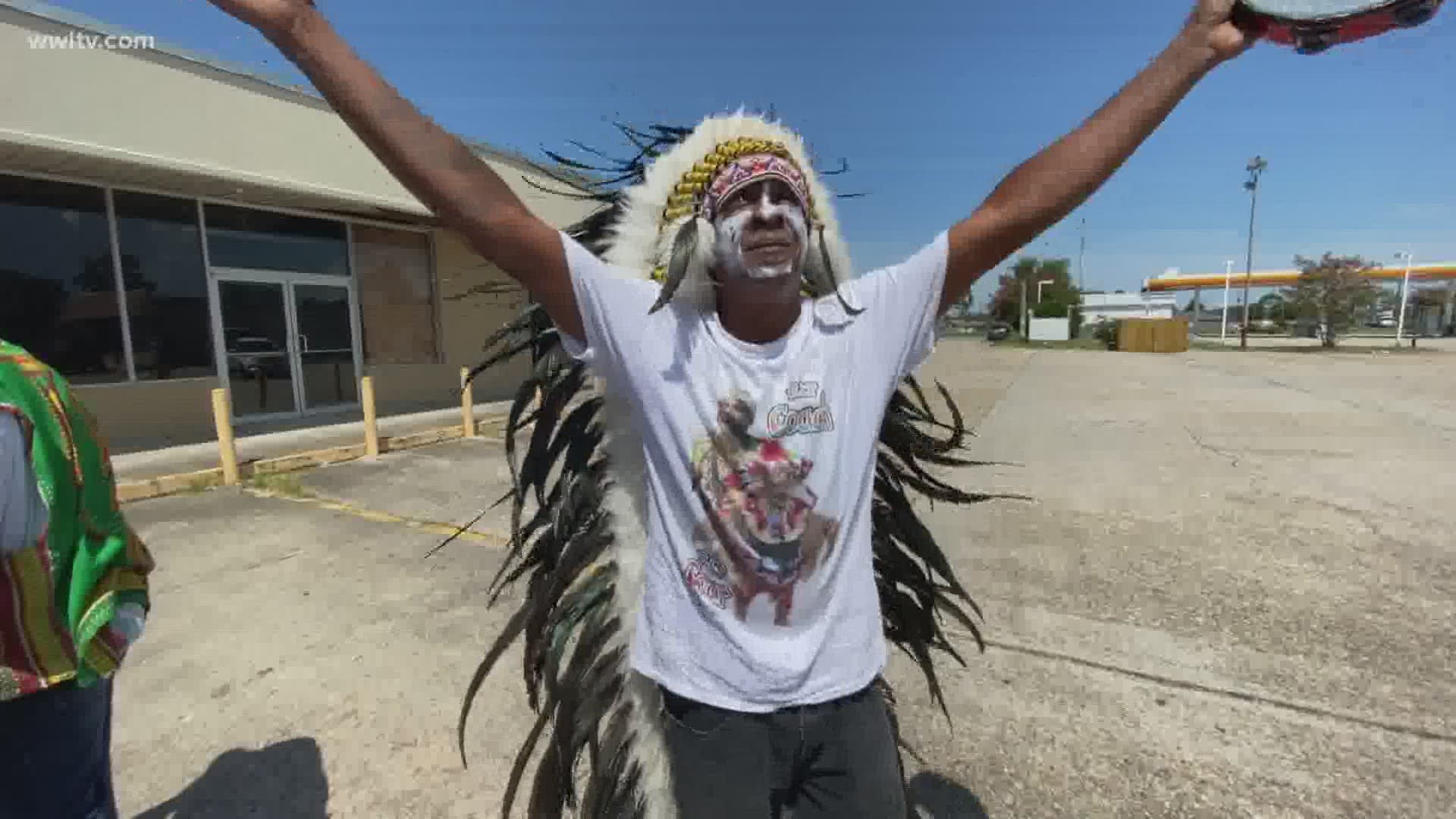 NEW ORLEANS — Those who knew Kim Boutte well, and loved ones who grew up with her and celebrated in the same Mardi Gras Indian tribe with her, are sharing their memories about the life that was taken so tragically.

In the New Orleans East parking lot, where just hours ago shots were fired, the men of the Fi-Yi-Yi Mardi Gras Indian tribe express their despair over the loss of the tribe's queen through chants.

Grown men, in tearful pain, said they and their big queen Kim Boutte, 55,  were family.

“It really hurt me. I didn't know. I didn't think she was going to go like that. She was our big queen. We loved her very much, and it's going to take a lot out of us,”  said Jack Robertson, the tribe’s master designer.

The medicine man laid a doll on the ground, stained with symbolic tears of blood.

“The queen was a beautiful woman. She was a mother. She was a friend. She was loved by everyone, and she's going to be missed,” said Wilfred Alexander, the tribe’s medicine man.

Their queen was with the tribe for 50 years, since she was kindergarten-aged. She sewed the costumes, true art artworks, with the shells and zebra patterns to pay homage to West African culture. She sang, beat the drums and was a big voice from a petite body.

“She was very much a part of the African culture, with music, the sound, and with wearing costumes featuring the cowry shells,” said Wesley Phillips, drummer of the tribe.

“It's all one nation tribe, and when one hurt, the whole nation hurt. When one leave here this earth and we give thanks to the lord, we all cry together, and we all heal together,” said Albert Polite, spy boy for Fi-Yi-Yi.

Mayor LaToya Cantrell tweeted that the loss of Kim is a heartbreaking blow to the city, that she was a beloved icon, sending her off to rest in power and God's perfect peace.

Kim was the niece of the tribe's big chief. She was a mother who carried the pain of losing a son. One member wears a hat of the loved ones he's buried, some by senseless violence like what happened to Kim.

They believe the bullet that took her life was not meant for her, and she’s another innocent victim just paying respect at the repast of another. They want the violence to end, immediately.

“It's sad, you know, because everybody wants to talk about police crime against Blacks, but I mean it's not really the police. They should be focusing on the young black men who don't have the right leadership in this world and it seem like they're lost,” said Robert Salter a tribe drummer.

The members said they will have a grand send-off for their big queen Kim Boutte at Claiborne and St. Bernard Avenues at Hunter's Field on Wednesday evening.

All the big chiefs will be at the tribute celebration of her life.