The New Orleans Police Departments said via Twitter that Jackson Square was closed Friday, directing protesters to a stretch of Decatur Street in front of the plaza. 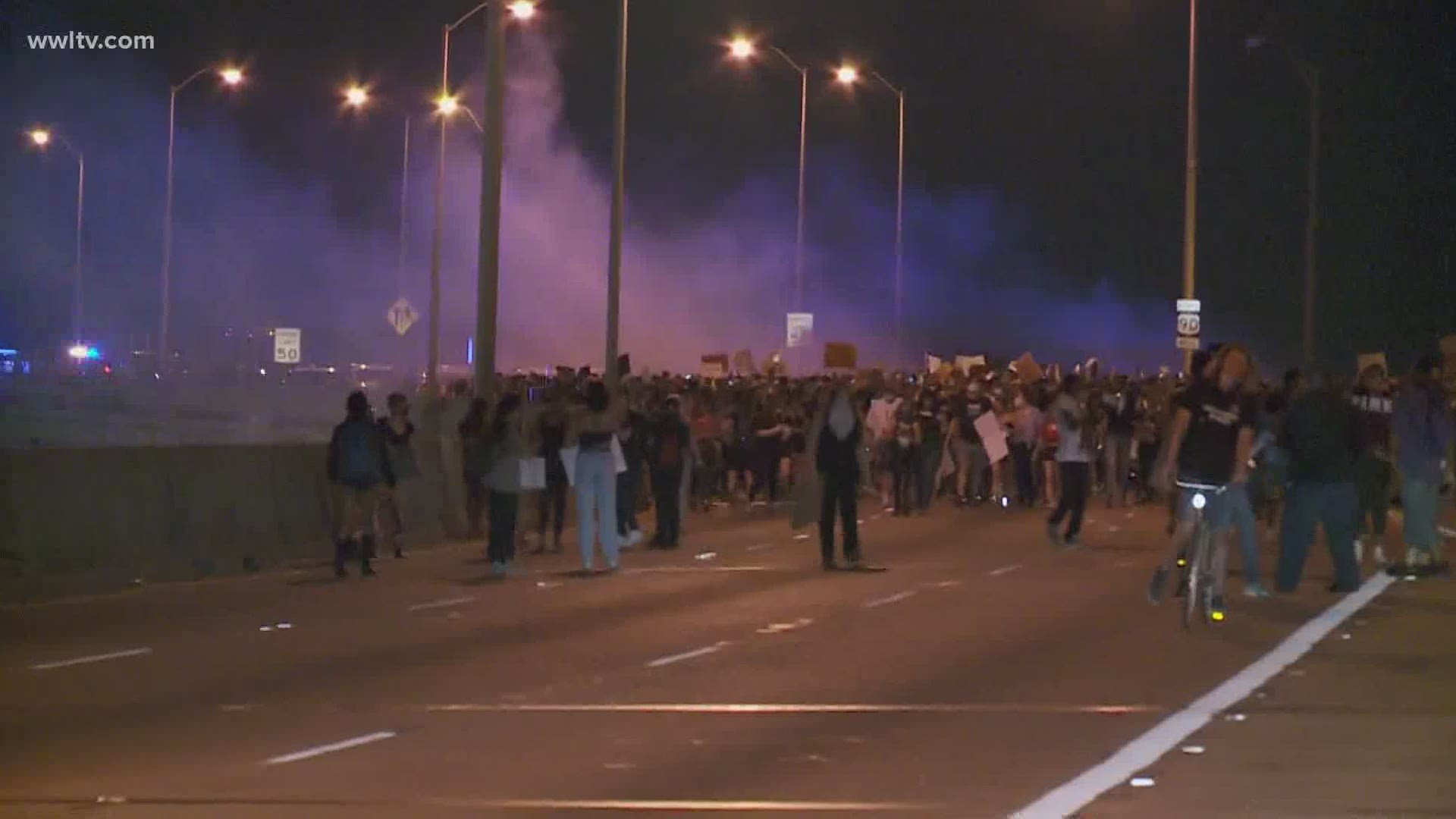 NEW ORLEANS — Jackson Square will be closed Friday night, NOPD officials announced less than two hours before hundreds of protesters were expected to converge on the square.

The tweet from @NOPDnews around 4:20 p.m. Friday, less than two hours before the 6 p.m. start to the protest, said the police force "supports and encourages peaceful protest."

The tweet directs demonstrators to gather on Decatur Street between Dumaine and Toulouse streets. That stretch of the French Quarter is about 0.2 miles long.

The protests in New Orleans have often been mobile affairs, with thousands of protesters stopping traffic on I-10 Tuesday, clashing with police on the CCC Wednesday and marching to the New Orleans Courthouse Thursday.

City leaders had hoped to keep the protests peaceful in New Orleans, but the Crescent City Connection standoff between protesters and NOPD officers in riot gear Wednesday night dashed those hopes.

Officers fired tear gas at protesters after a group allegedly began pushing against the wall of riot shield-wielding officer on the bridge. Video from the scene appears to show several people breaking through the barrier before officers began launching the tear gas.

Protesters marching in New Orleans rallied Thursday night for a return to the peaceful demonstrations that the city had seen before Wednesday. Near Broad and Tulane avenues, where the protest dispersed, organizers reminded demonstrators that protests would continue Friday in the French Quarter.

Thousands of protesters have marched each night.

Wednesday, demonstrators marched up U.S. Business 90 West to cross the Crescent City Connection, but they were stopped by NOPD officers, some in riot gear. That confrontation ended with tear gas being used to push protesters back and down from the bridge to city streets.

The NOPD said Friday an internal use of force team is investigating allegations of officers shooting rubber bullets at protesters during the standoff, after initially denying that the non-lethal rounds had been used.

1 / 21
Lee Hedgepeth
Tear gas was apparently used by NOPD officers on the protesters on the Crescent City Connection.

RELATED: VERIFY: Were protesters tear-gassed to clear the way for Trump's walk to church?