Jefferson Parish officials said a plate reader flagged the vehicle as stolen and a chase into Orleans Parish ensued. 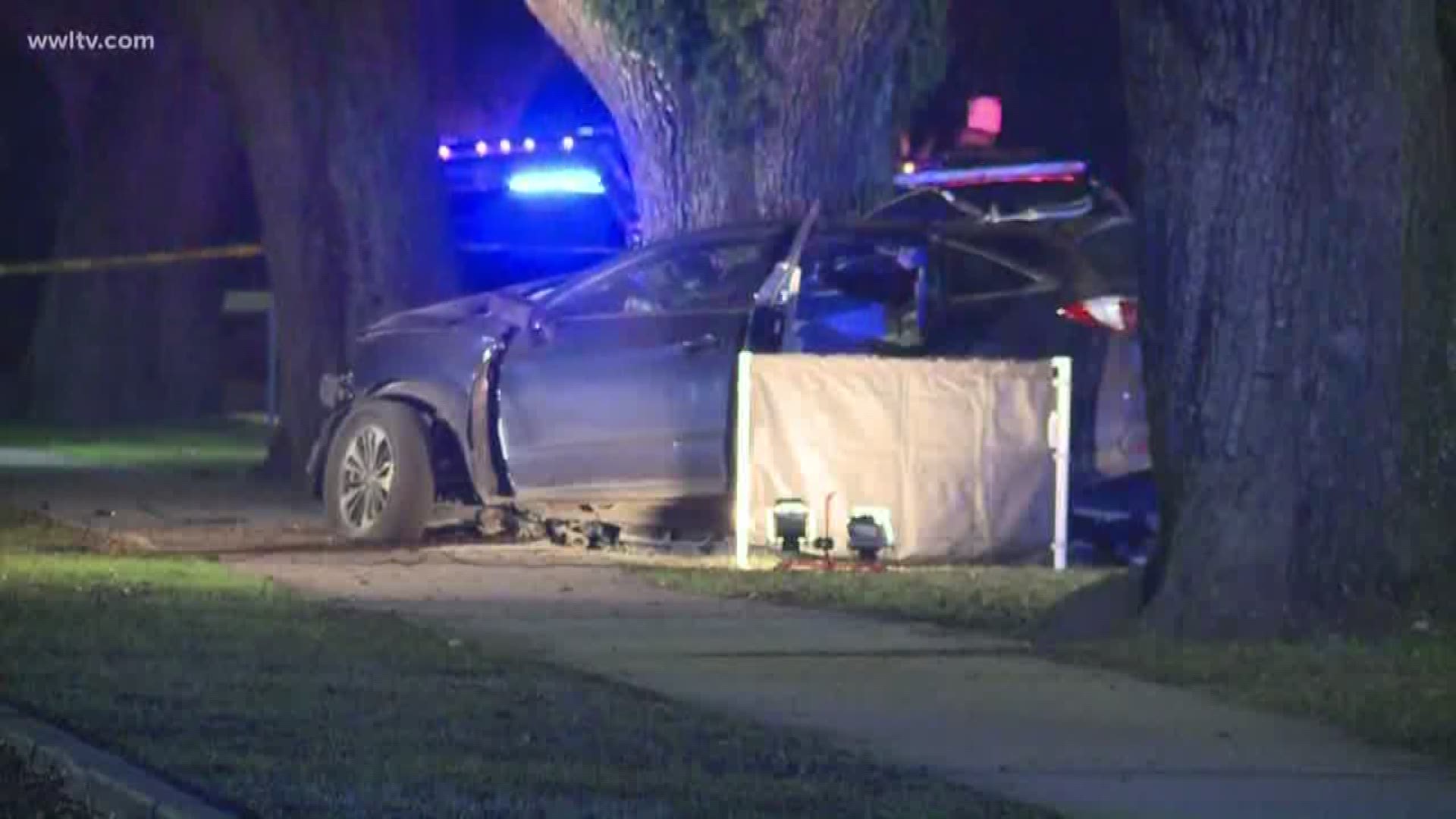 NEW ORLEANS — One person was killed and two others were injured in a police chase that began with a stolen vehicle in Jefferson Parish and ended in a fatal crash on City Park Avenue, authorities said.

New Orleans police first reported the crash around 4:20 a.m. Monday in the 600 block of City Park Avenue. Officials said a single-vehicle crash had left the driver, identified as 18-year-old Darrius Hamilton, dead on the scene.

Two surviving victims were taken to the hospital for treatment. Their conditions were not immediately listed.

City Park Avenue between Toulouse and North Bernadette streets was temporarily closed as Jefferson Parish deputies took over the investigation there.

About 10 minutes later, JPSO deputies found the vehicle and attempted to pull the driver over. That's when the SUV attempted to get away at an "extreme high rate of speed," sheriff Joe Lopinto said on the scene of the crash, and the chase began.

The vehicle reportedly lost control, crossed the median and crashed into a tree in City Park with responding deputies "well behind" the SUV at the moment of impact, Lopinto said.