3 teenagers arrested for beating man with a wrench, robbing him in his Kenner home

One of the victim's friends found him later that day, conscious and bleeding from his face. 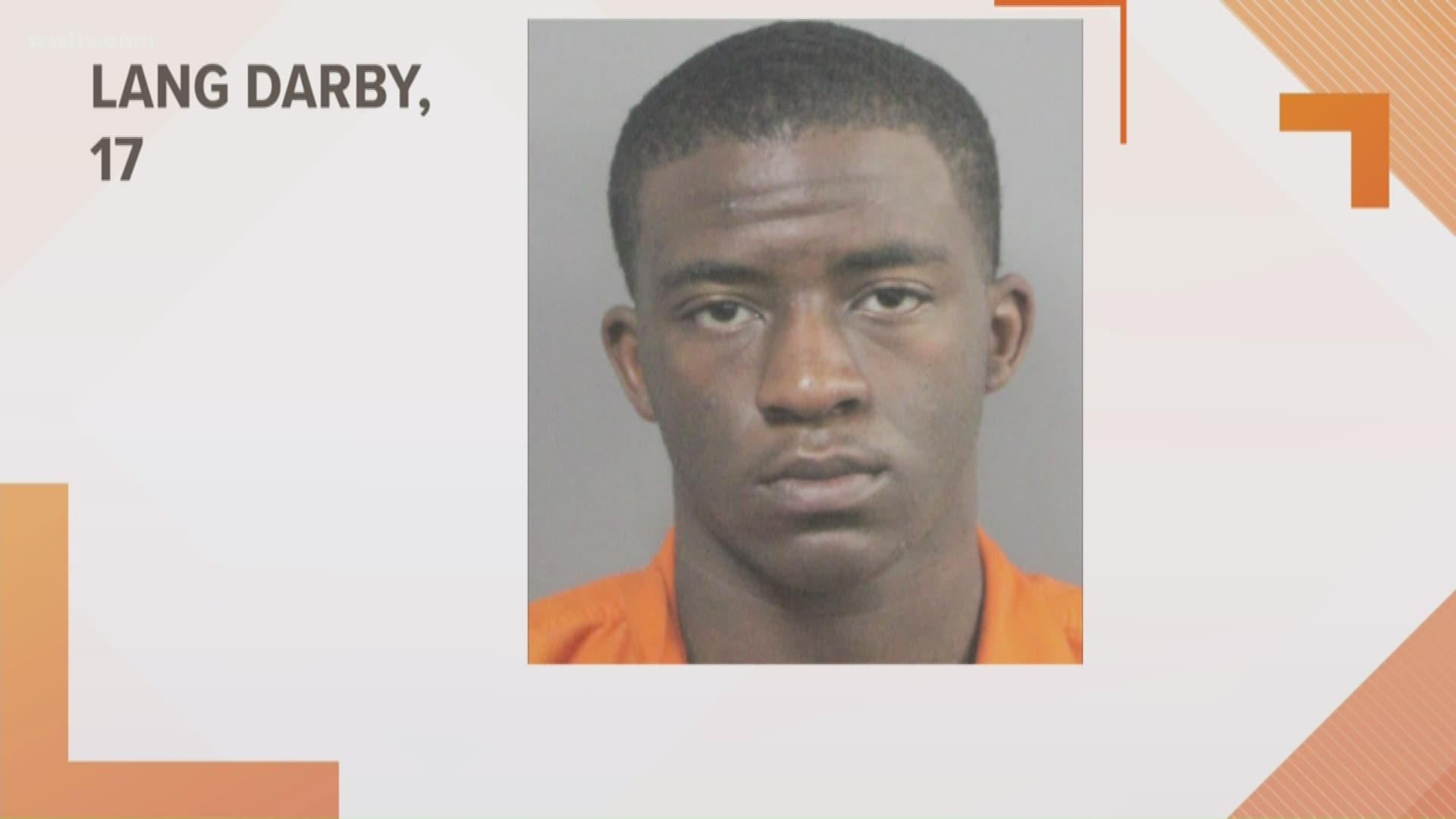 KENNER, La. — Three teenagers were arrested after allegedly beating a man with a wrench inside his Kenner home before robbing him.

According to Kenner Police, Lang Darby, 17, broke into a 59-year-old man's home along with two teenagers too young to be identified by police and a fourth suspect who is still on the run.

Police say two of the suspects broke into the home by pushing a window AC unit through the window, then climbing inside. The 59-year-old victim, who requires a walker to get around, was sitting in his living room at the time.

One of the suspects beat the 59-year-old with a large wrench and demanded he show them where he kept his guns and money, according to police. The suspects allegedly made off with the man's wallet, cash, credit cards, collectible coins, shotgun and rifle.

One of the victim's friends found him later that day, conscious and bleeding from his face.

Police captured three of the four suspects that afternoon after being called out to investigate a suspicious person complaint. Darby, with the unidentified 16-year-old and 15-year-old, were allegedly outside a home debating whether they should enter through the open front door.

RELATED: JPSO: Man shot, killed by his neighbor in Woodmere

Kenner police say they had the 59-year-old victim's credit cards, coins and shotgun shells on them when they were arrested.

The 16-year-old suspect was arrested for aggravated burglary and theft of firearm.

The 15-year-old suspect was arrested for aggravated burglary, illegal possession of stolen property and theft of firearm.