“I’m sad and disappointed that someone would join a protest that we put on and put us in danger." 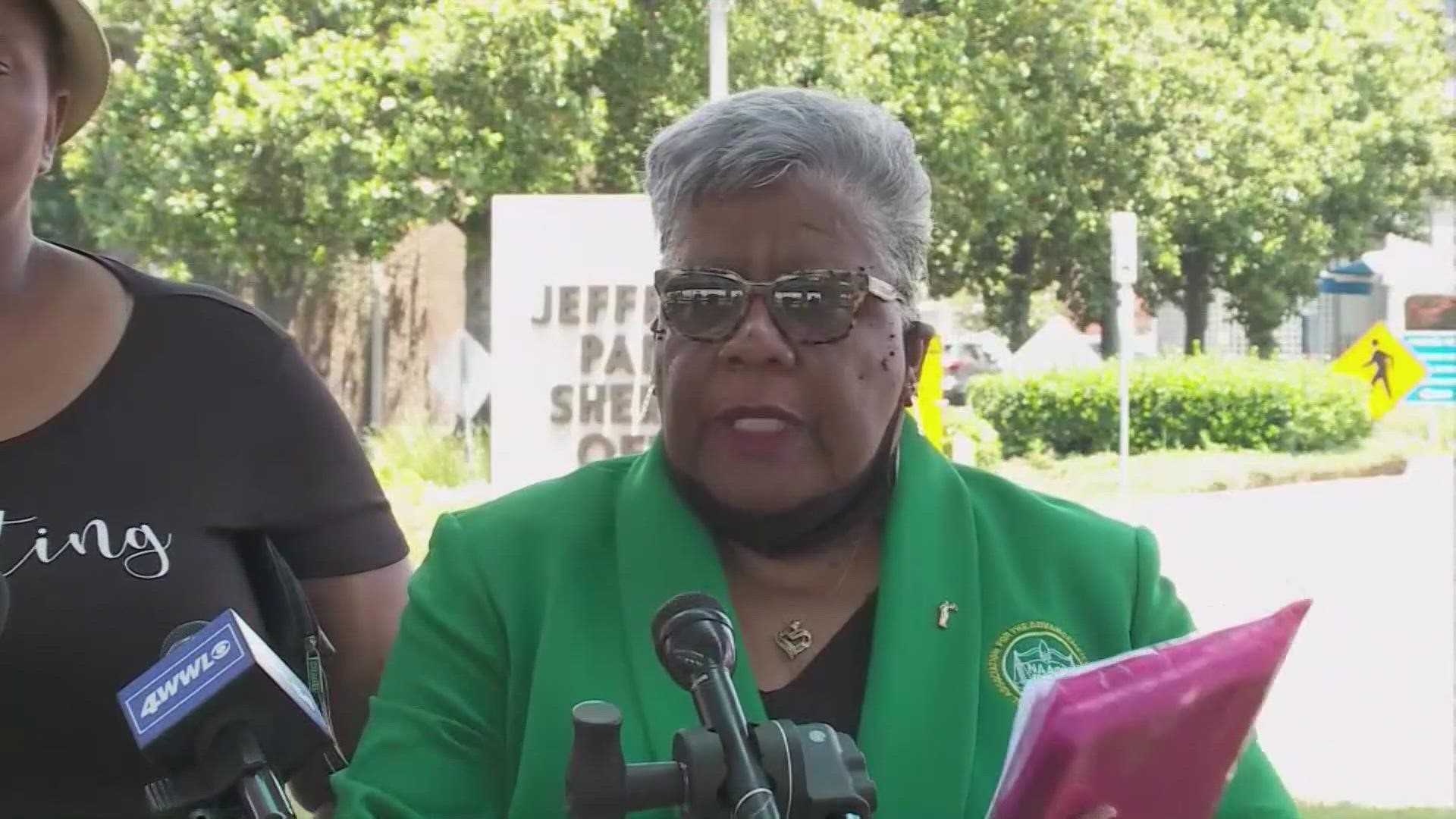 HARVEY, La. — The president of West Jefferson Parish’s NAACP had choice words for the protesters and deputies who clashed on the Westbank Expressway during a protest Tuesday.

“I’m upset, and you can quote me on this. I’m an angry black woman simply because both sides disappointed me, and I could’ve lost my life in a matter of seconds,” Gaylor Spiller said.

Spiller held a press conference outside Jefferson Parish Sheriff’s Office headquarters in Harvey on Friday along with the family of Keeven Robinson. Robinson was killed during a struggle with undercover JPSO detectives in 2018.

On June 16, protesters gathered at the same location to call for investigations into the deaths of Robinson, Leo Brooks, Chris Joseph, Davri Robertson and Modesto Reyes, five Black men killed during encounters with JPSO deputies.

They eventually marched up a Westbank Expressway on-ramp, where a line of armored JPSO deputies was waiting to stop them.

Police said protesters punched two deputies in the face during the confrontation. Five protesters were arrested as a result.

“I’m sad and disappointed that someone would join a protest that we put on and put us in danger,” Spiller said. “I’m angry at you for breaking those barricades and going on the bridge because you put everybody’s life in danger.”

One woman was arrested on the ramp, and four more people were arrested after JPSO deputies rushed into the crowd of dispersing protesters.

Spiller said in that rush, she saw JPSO deputies throw a man to the ground after he surrendered.

“Once an individual surrenders, does that mean you have to throw them to the ground?” she said. “I don’t knock you for doing your job, but I knock you when you are wrong.”

Civil rights attorney Michelle Charles also spoke at the conference, saying it is time for JPSO to use body cameras.

A Louisiana House of Representatives committee recently adopted a resolution calling for JPSO to start taking steps to implement body camera use. The resolution will be voted on by the full House next week.