Louisiana lawmakers approved a bill to increase state unemployment payments by $28 a week starting next year, but only if the $300 federal boost is ended. 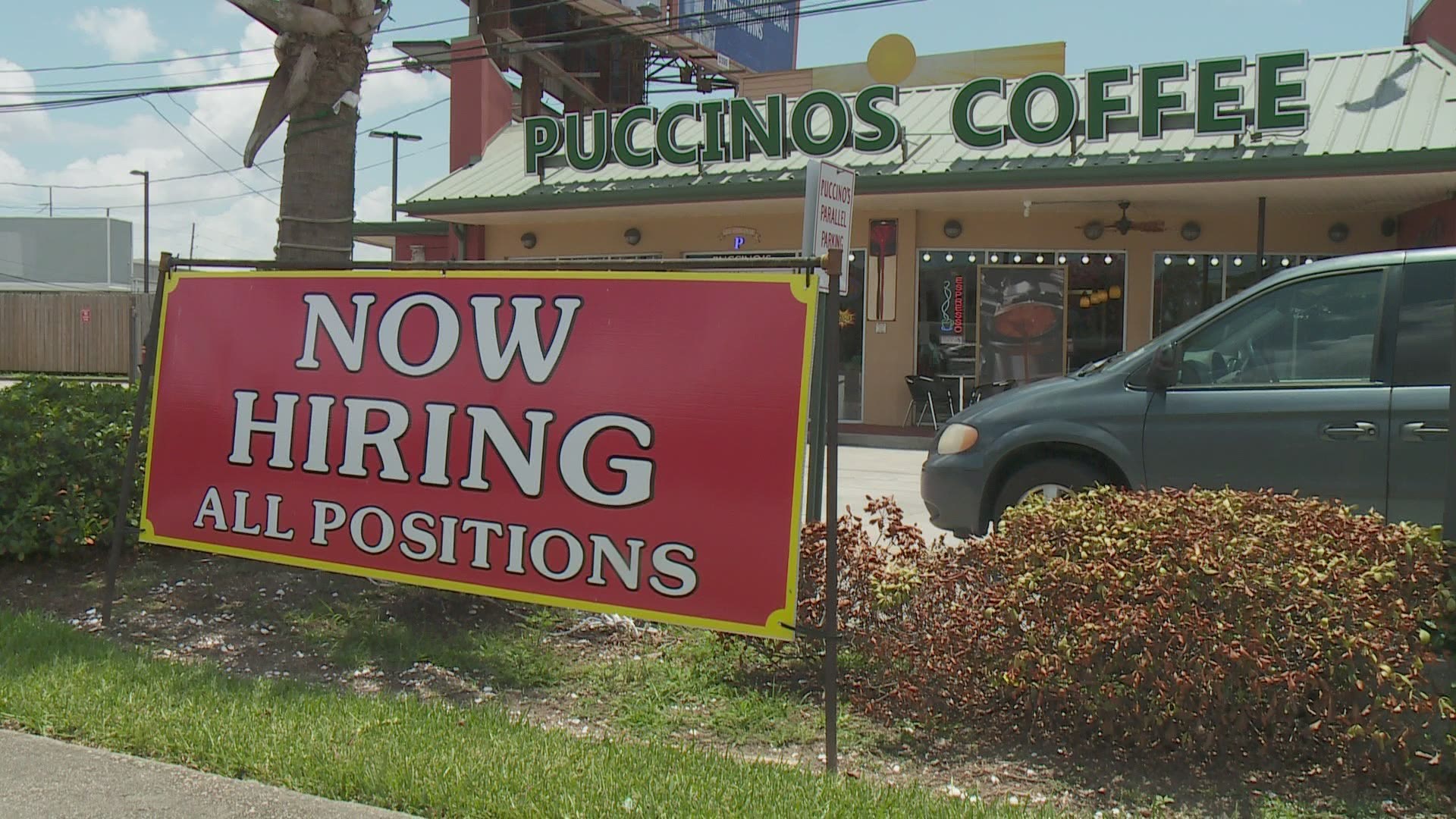 NEW ORLEANS — There are “help wanted” signs up and down Veterans Memorial Boulevard in Metairie.

Many business owners complain the $300 a week federal boost in Coronavirus jobless benefits is stopping some workers from returning to their jobs.

Joe Zuppardo says finding people to fill open positions at his family run grocery store has been a challenge.

“A lot of people know that they can go home and get a decent amount of money for just sitting at home and not doing anything,” Zuppardo said. “Unfortunately, that’s what a lot of people are choosing to do.”

Louisiana lawmakers approved a bill in the final hours of the legislative session to increase state unemployment payments by $28 a week starting next year. But only if Governor John Bel Edwards agrees to end the federal supplement on July 31.

“I think that’s going to help a lot,” Zuppardo said. “I think that is a big step in getting us back where we were before the whole pandemic started.”

Juan Cruz says ending the federal payments would be a mistake.

“It’s been a hard, hard year for a lot of us in Louisiana,” Cruz said.

The unemployed public health consultant called the boost a lifeline for workers like him who lost jobs during the pandemic.

“I’ve been able to catch up on some bills because of the federal support,” Cruz said. “I don’t have to go crazy with anxiety, whether I’ll have enough money at the end of the month or week.”

Cruz is a member of Step Up Louisiana, a nonprofit that advocates for economic justice.

He disputes the claim that the pandemic relief program is to blame for a labor shortage.

“I don’t think there’s a labor shortage,” Cruz said. “What, in fact, exists is a job shortage of appropriate, safe and well-paying jobs in Louisiana.”

Joe Zuppardo says the only way for us to rebound after the pandemic is for folks to get back to work if they can, not just for his business, but for the community as a whole.

“For healthy people, that’s not healthy to sit home and do nothing. We need them back in the workforce,” Zuppardo said. "We need to get this city, this country back to where it was and get people back working."

Gov. Edwards said he had always anticipated ending the benefits in early August when most schools welcome students back to the classroom.

He expects a report soon by LSU economist James Richardson on whether the state’s economy has recovered sufficiently to cut off the federal assistance.