"At first I was kind of thinking 'what kind of idiot lets a cat steal their clothes?' but then I ended up being that idiot." 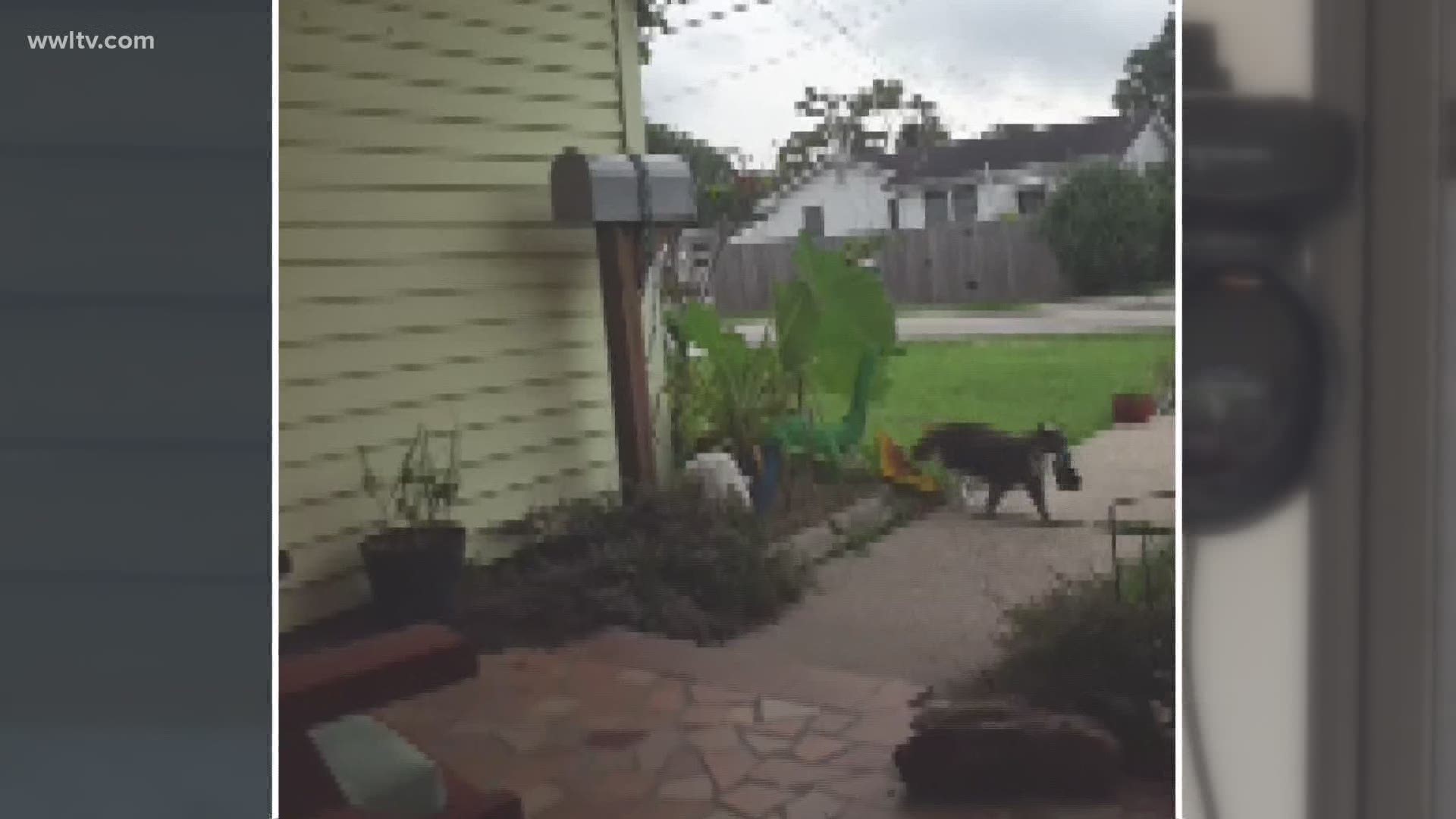 METAIRIE, La. — A cat burglar is on the loose and a Metairie family has been trying to get the word out.

People's clothing kept winding up on the Bardi's front porch. It all started a month ago when a tank top and some socks appeared out of no where.

"All these different dish towels," Joseph Bardi said as he showed the collection of items that were clearly fresh out the dryer.

Socks, shirts, towels, and other items kept showing up day after day.

"I thought like somebody was messing with me," Heather Bardi said.

The couple has been trying to solve the mystery over the past few weeks.

A little concerned, the couple filed a police report.

"We started getting weirded out. Heather bought some surveillance cameras," Joseph Bardi said.

Then their cameras solved the mystery.

"Lo and behold it was the cat," Joseph Bardi said.

The culprit was their pet Admiral Galacticat. He was caught on camera with evidence of the theft, as a sock clearly hung from his mouth.

"I was like are you kidding me," Heather Bardi said.

Then the search began for the owner of the clothes. They made a sign that says "My cat stole your kids bathing suit! Knock!" It sat outside their home, but did not lead to the owner.

Heather Bardi then posted on Nextdoor and Facebook. It's titled "My cat is stealing someone's laundry" and now has 9,000 plus shares.

"I was just trying to figure out whose crap my cat dragged home," Bardi said.

As it turns out, Admiral Galacticat didn't have to roam too far to commit the crime. Just around the corner, a neighbors laundry room wasn't quite secure enough to keep him out.

One of the victims in the case is Casey O'Neal. He didn't think much of a lost sock here and there until his neighbor showed him the Facebook post.

"At first I was kind of thinking 'what kind of idiot lets a cat steal their clothes?' but then I ended up being that idiot," O'Neal said. "As soon as she mentioned Nike socks, I was like oh those might be mine."

Thankful the mystery was solved, he quickly forgave his feline neighbor.

"I patted him on the head and said 'look you got to stop doing that,'" he laughed.

O'Neal plans secure his laundry door as they all hope Admiral Galacticat's burglary days are behind him.