Cox hopes to have internet restored in Metairie by Wednesday, Kenner by Sunday

Cox says there are 500 employees working around the clock to restore service. 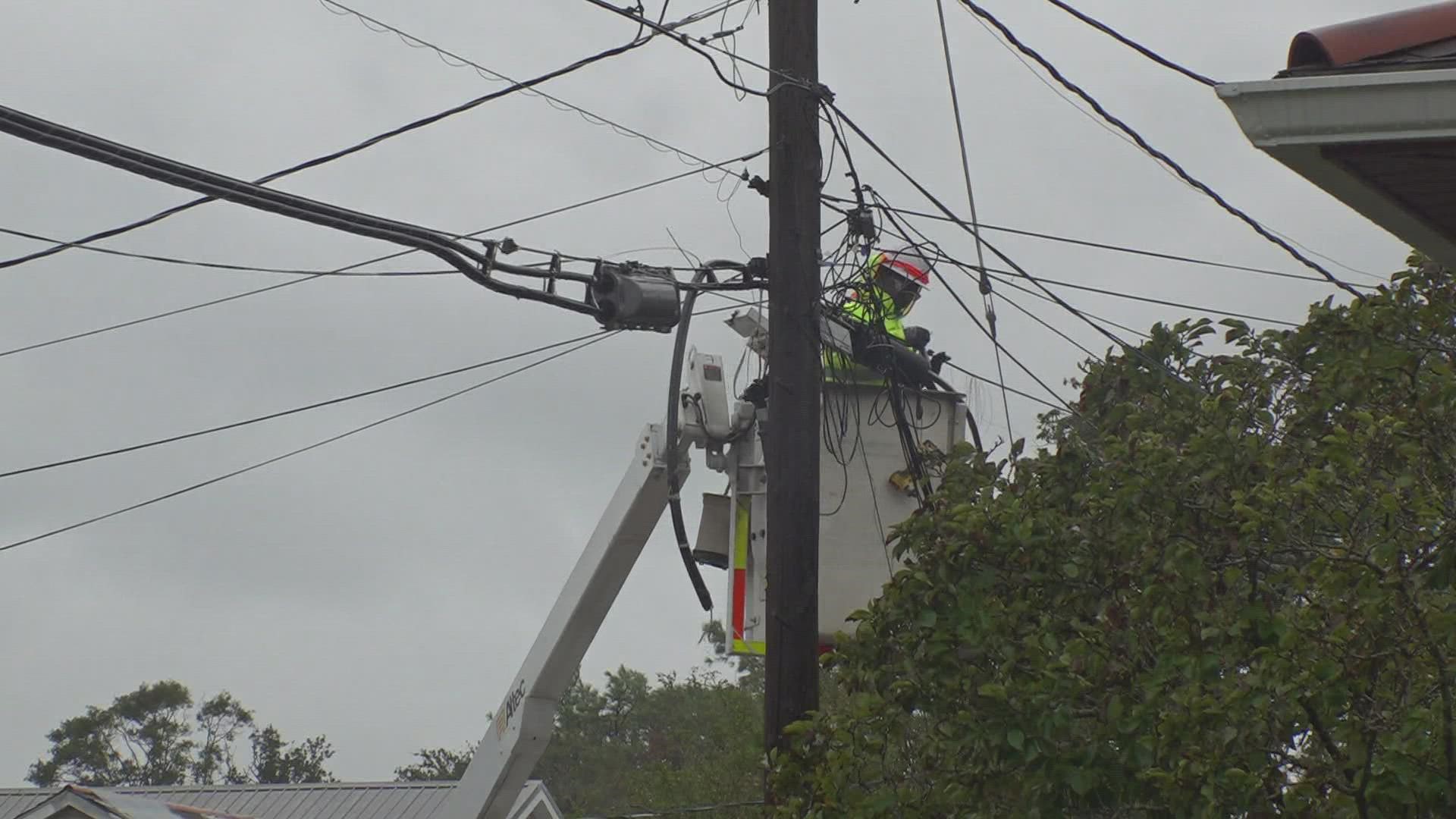 "There was just an unprecedented amount of wind damage with Ida," said Sharon Truxillo with Cox Communications.

Truxillo tells us that 80 percent of their customers have internet. But, she was unable to give a number on how many customers that actually is.

Beth Trepagnier lives and works in Jefferson Parish. She is currently working to put families displaced by Hurricane Ida in new homes.

"With no internet it's extremely hard," she said.

Income from her work is also helping to feed herself and her 80-year-old mother.

For Trepagnier, internet is not a luxury but a necessity.

But, with power now restored in some parishes, the wait for internet is causing frustration.

"It's excruciating. I've been a Cox cable customer for 30 years. They don't mind taking their two hundred dollars a month," Trepagnier said. “But when you call, they can’t answer any questions.”

According to Cox, there are multiples reasons for the lag in service including connection issues, equipment repairs that need to be done, and power not connected to the equipment that could be miles away from the neighborhood it services.

Cox says the vast majority of Orleans Parish should have service.

Once the equipment that services a neighborhood is repaired, said neighborhood should have service. However, that's not always the case.

"In some cases, we may need to get into those customers' homes," Truxillo said.

With complaints of canceled restoration appointments and communication issues, the question is — how do you get Cox out to your home?

"We really need to make sure that the neighborhood repairs are complete before we schedules any calls," Truxillo said.

The internet company is asking customer to sign up for text alerts for the latest restoration updates. Simply submit your mobile number in the My count alert or the Cox app.

Once you receive an alert that major repairs in your area are complete, but you still don't have service, you should call the company or open live chat with a Cox rep on their website to set up a service appointment.

"We do have field actively deployed in neighborhoods and we're working as quickly as possible," Truxillo said.

Cox says there are 500 employees working around the clock to restore service.

The internet company has even called in additional help.

But, how many extra workers are in the area to help was also unclear.

With limited internet service options, waiting is what Cox customers are being forced to do.

"I wanna try to give them the benefit of the doubt since I've been with them for 30 years but I need to work," said Trepagnier.

But there is good news!

If you were without service for seven days or more, you should receive a credit on your next bill.

There is no timeline for lower Jefferson or the harder-hit parishes, such as St. Charles.