At least one vendor believes a concern over a meat shortage could be driving people to seafood, but getting people to eat inside a restaurant has proven tougher. 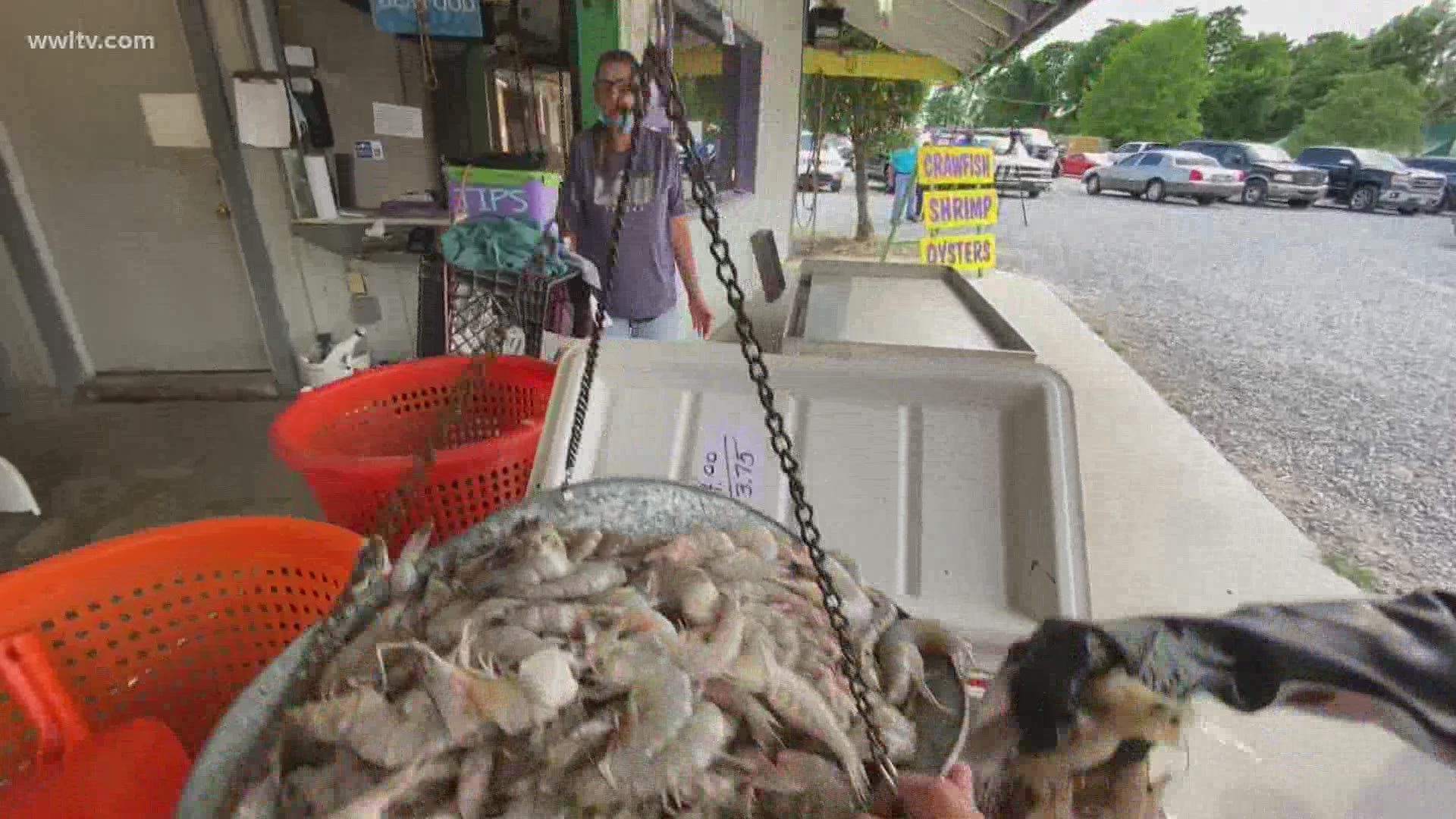 WESTWEGO, La. — Many customers are gearing up getting seafood  for the Memorial Day weekend at the open seafood market in Westwego.

Customers have been waiting in line to get to their seafood while still practicing social distancing.  One owner says sales have been very good.

"Everybody's getting a piece of the pie, everybody's shopping for seafood they all loved their seafood, shrimp, crabs, you name what ever they can get their hands on," Jerri Lombas, a business owner said

The reason for the rush, Lombas claims it could be of the possible meat shortage.

"There's a rumor going around about meat being hard to get so people are resorting to seafood instead that's helping, I'm going to take advantage and sell all the seafood I can," Lombas stated.

While seafood owners are doing okay for the Memorial Day weekend, the owner of Segnette Landing, a restaurant, hopes sales can pick up.

"We reopened under the new guidelines, we reduced capacity and everything," Joseph Spinato, the owner of Segnette Landing said.

Spinato was planning to have a grand opening in March for the restaurant, but that didn't happen because of the virus.

He had to shut down, and recently opened last week with tables 10 feet apart for social distancing, and his staff wearing masks.

"Being outside in the sunshine and feeling the cool breeze, seems to me like it would be the safest thing to do," Spinato mentioned.

In an effort to boost foot traffic, the restaurant sits next to swamp tours, which Spinato also owns. The idea is that once people get off the swamp tour, people would dine at his restaurant.

Spinato says tours are down too because of the virus.

"Not even close, other Memorial Days there would be people, hundreds of people this is way, way  off less than 10 percent of what we would normally do on a Memorial Day Weekend."

Spinato is thankful people are dining and supporting small businesses.

"It's home, people are very kind, considerate and caring here, and it's great to support those small businesses," Fay Guidry a patron said.