Dam breaks, ending JPSO's attempt to drain canal where missing boy may be

Sheriff Joseph Lopinto said they will not attempt to rebuild the dam. 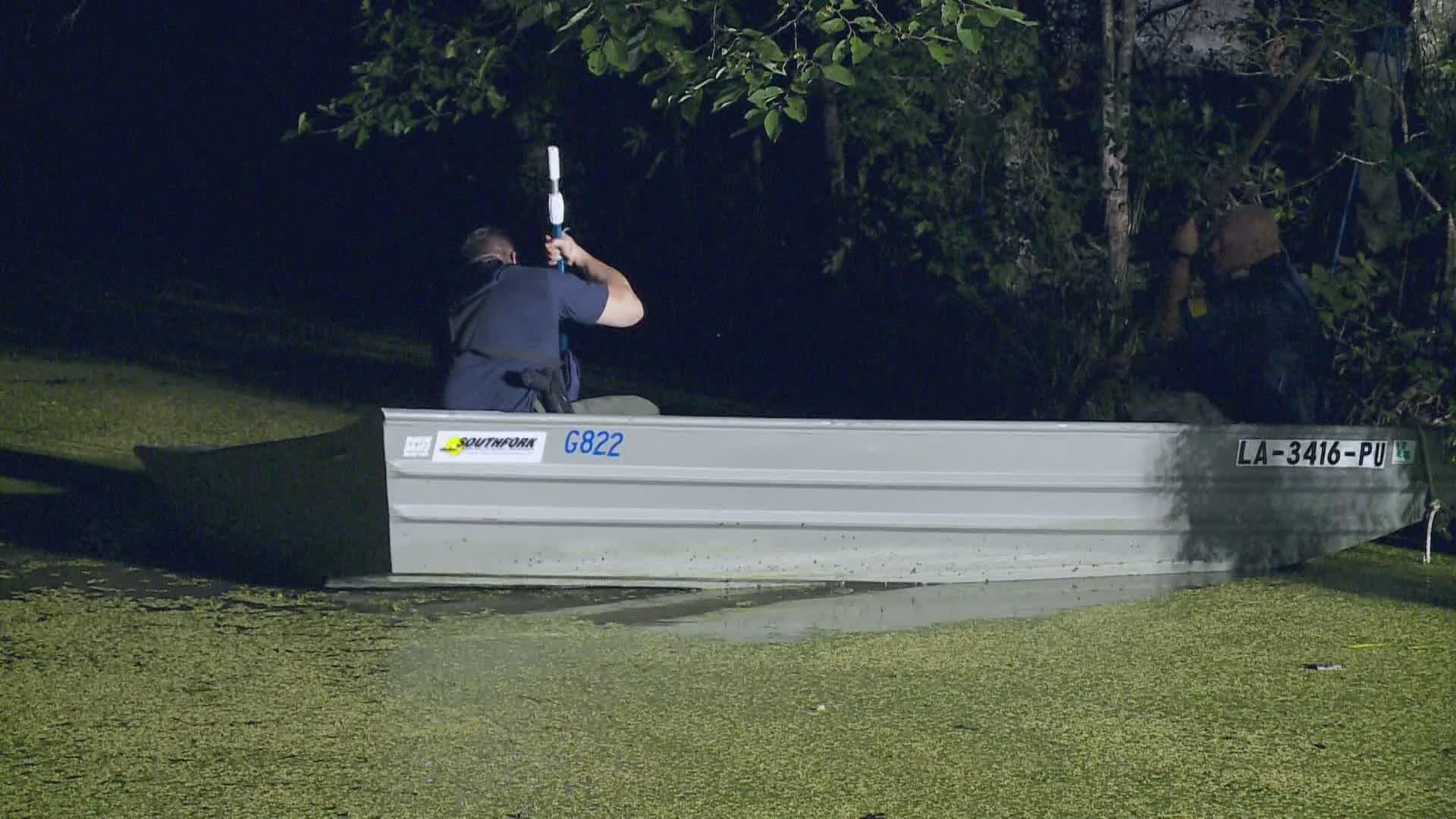 JEFFERSON PARISH, La. — The temporary dam being built in a Jean Lafitte National Park canal to help find a missing 4-year-old has collapsed.

Crews completed the temporary dam on Tuesday in order to drain a 500-foot section of a the canal where Ellis Baudean may have fallen into the water last week.

Officials hoped that if they got all the water out, they could more easily search the bottom of the canal, where an infestation of duckweed — a tough aquatic plant — and debris have made the underwater search slow and difficult.

Unfortunately, water put too much pressure on the dam and it fell apart.

"We're human beings like everybody else," Sheriff Joseph Lopinto said. "We put forth our best effort ... we got a lot accomplished, but unfortunately mother nature can win if she wants to."

The Jefferson Parish Sheriff’s Office got approval from the National Park Service to dam off part of the waterway where they have been concentrating the search.

A private contractor donated their time and equipment for the work.

The clean up process has already begun. Lopinto said crews will be removing the clay through tomorrow morning.

Police will continue to search for Ellis as they do, using a remotely operated underwater vehicle.

The search for Ellis Baudean began last Thursday after he reportedly went missing while on a walk with his mother and 3-year-old sister.

Volunteer teams over the weekend searched the swampy land near the canal, while JPSO and other law enforcement agencies trawled the waterway for Baudean .