"What happened was, they take the Bobcat and put so much on the garbage truck, mix it with the garbage and send to the (land)fill.” 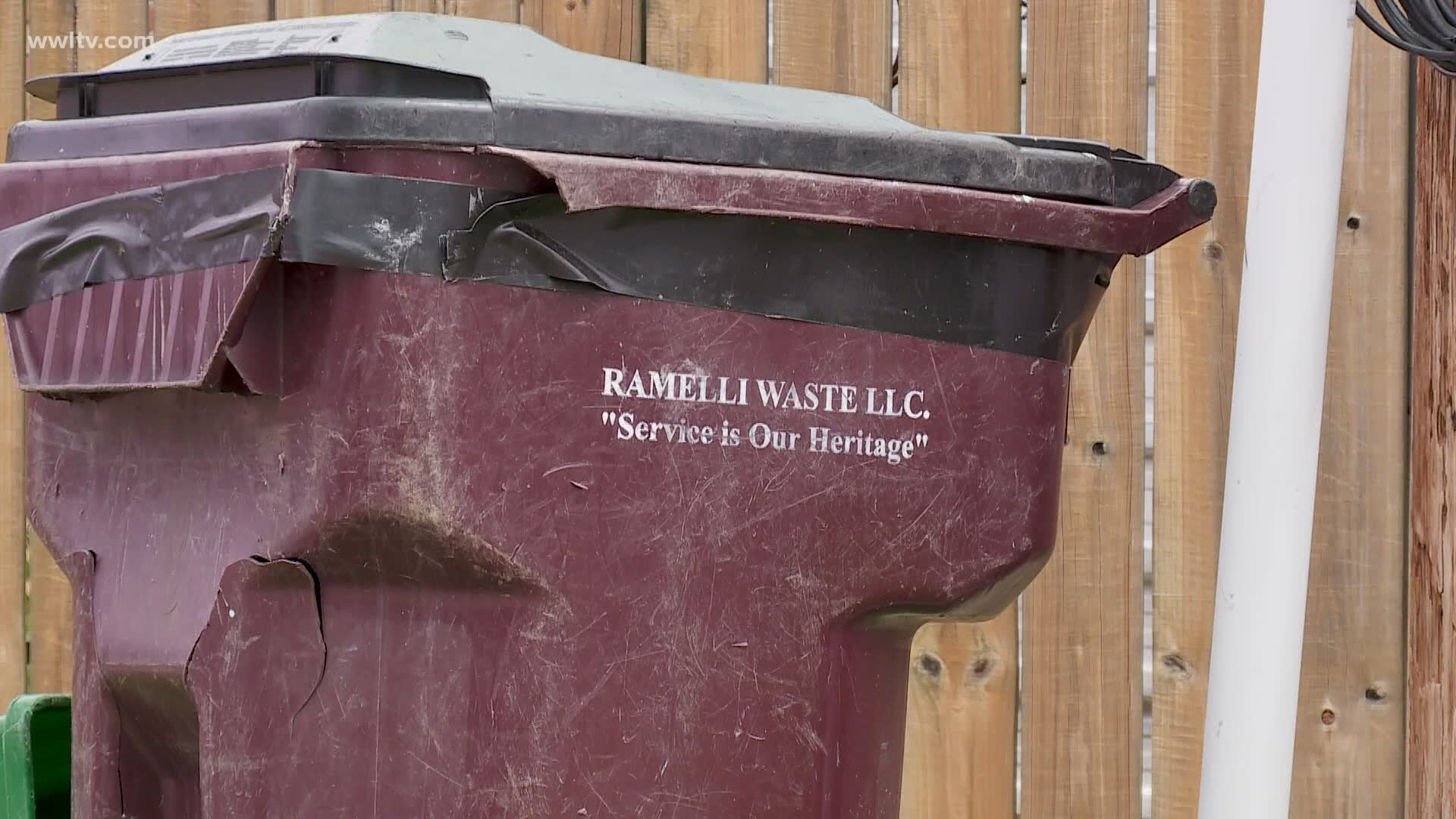 Two former Ramelli garbage truck drivers who were recently hired by Ramelli’s competitor, IV Waste, signed sworn affidavits alleging that they and other Ramelli employees were instructed to regularly mix those recyclables back in with household garbage and dump them in a landfill instead.

Kenner Mayor Ben Zahn said the allegations were probably evidence of “fraud.” The Kenner city attorney told WWL-TV he turned over the affidavits to the FBI and other law enforcement agencies.

At the same time, a Kenner resident who wished to remain anonymous confirmed to WWL-TV that he was questioned by FBI agents after he had collected public records showing Ramelli charging taxpayers to haul garbage from dumpsters at locations where there didn’t appear to be a Ramelli dumpster.

WWL-TV asked Ramelli and his legal team several questions about the recycling and dumpster allegations, but the firm’s general counsel, Michael Thomas, said they would not be able to respond because of pending litigation.

Audit suggests Ramelli collected for locations where there was no dumpster

After the citizen complaint about the dumpsters in November 2019, Kenner Parks & Recreation Director Chad Pitfield conducted an audit of Ramelli’s dumpster services in December, city records show. He found Ramelli was charging the city around $1,000 a month to pull trash from a dumpster at Highway Park, even after the city had relinquished that park to the Jefferson Parish School Board in August 2018.

WWL-TV found the only dumpster at Highway Park belongs to River Parish Disposal, and Brother Frommeyer, River Parish’s vice president, confirmed that a private foundation had been paying for the service there since August 2018.

Pitfield’s audit memo in December identified four other parks where he found no dumpster existed, even though Ramelli was still listing them as dumpster locations on its monthly invoices. WWL-TV obtained four monthly invoices from 2019 on which Ramelli charged Kenner for at least two of the five locations.

While Kenner officials questioned those charges that may have amounted to tens of thousands of dollars over the last 21 months, their concerns about recycling appeared to deal with a higher cost to taxpayers.

Ramelli agreed to provide curbside recycling pickup in Kenner in 2016. Residents paid an extra $1 per month on their sanitation bill for recycling. That charge rose to $1.90 per month this year when Zahn said Ramelli promised to provide roll-out recycling cans with lids instead of small, open-top bins.

In turn, the city of Kenner paid Ramelli an extra $271,128 a year to have the material recycled, city records show.

But the two former Ramelli drivers who signed the sworn affidavits told WWL-TV they rarely brought the recyclables to a recycling center. Instead, they said they were usually directed to dump them on Ramelli’s yard on Industrial Drive in Kenner.

“The recycling might sit on the yard for three weeks to a month,” said Earl Sylvester, who worked for Ramelli for 15 years. “And what happened was, they take the Bobcat and put so much on the garbage truck, mix it with the garbage and send to the (land)fill.”

“I can’t tell higher authority I’m not going to do this,” said Gregory Howard, who worked for Ramelli for five years and rose to serve as route supervisor in 2019. “I have kids to feed. Just doing my job. Whatever you tell me to do I’m going to do it. Even though I knew it was wrong, I still did it.”

Sylvester and Howard signed affidavits May 5 at the urging of their new employer, Sidney Torres IV. Zahn hired his firm IV Waste in March to replace Ramelli as of May 1.

Torres said his attorney, John Litchfield, provided the affidavits to the city of Kenner, and Kenner City Attorney Ed Rapier told WWL-TV he turned them over to the FBI, the U.S. Attorney’s Office, the Jefferson Parish district attorney and the Kenner Police Department.

“You want to talk about fraud? That's probably more than just fraud,” said Zahn, the Kenner mayor, adding that the city has “done our part to make sure the right authorities are looking at it.”

Asked why the city hadn’t checked Ramelli’s receipts for delivering the collected items to a recycling center, Zahn said, “That's what made us suspicious: When you're asking for those receipts and you're not getting them.”

City emails show the city attorney, Rapier, started asking Ramelli for recycling receipts on May 6, the day after Howard and Sylvester signed their affidavits. Rapier wrote in an email that Ramelli should have been providing the receipts on a monthly basis, but failed to do so.

The city maintains the contract with Ramelli is still active, even though it has ordered Ramelli to stop work and let IV take over the job. The city claims it didn’t have to seek bids or proposals to hire IV Waste because Ramelli had a nonexclusive contract.

Sylvester says the losers in all this are Kenner's 22,000 households.

“And these people take their time, sort all this plastic out, wash it out and then they just throw it away. I don't think that was fair,” he said.

Ramelli has sued IV Waste and the city of Kenner in state court trying to stop Torres’ firm from taking over the garbage and recycling collections. Ramelli claims it fulfilled all its contractual obligations and was never cited for any violations before Zahn hired IV Waste in a no-bid deal.

Ramelli and owner Bob Ramelli also sued the city and Zahn in federal court this week, alleging the new contract with IV Waste is “illegal” and Zahn and the city “have abused their official power and have taken these illegal and unconstitutional actions solely to harass” Ramelli.

The Kenner City Council is being asked to ratify the new IV Waste contract Thursday.

Ramelli has also alleged “backroom dealing” by Kenner because Joseph “Nicky” Nicolosi, a longtime consultant for Ramelli who helped the firm get its original contract in 2007, is close friends with Zahn. The mayor helped name Nicolosi, a former public works director and chief administrative officer for Kenner, as the city’s representative on the New Orleans Aviation Board.

Nicolosi said he was still representing Ramelli as a liaison to the city when he attended a meeting between Torres and Kenner officials, including Zahn, in January.

“I asked Nicky to join us at that meeting and people have said it was a behind-closed-door meeting,” Zahn said. “I asked Nick to join us to give the input, so he knew that I was not happy with Ramelli. And he made it very clear when IV Waste walked in: ‘I work for Bob Ramelli, full disclosure, I’m here to hear the garbage proposal.’”

Shortly after that, Nicolosi said he stopped working for Ramelli.

Torres denied that Nicolosi ever worked on his behalf to force Ramelli out.

RELATED: Here's what Louisiana's new education superintendent has in mind for the school year