Organizers of the “Were Done Dying” march say they stand in solidarity with George Floyd. 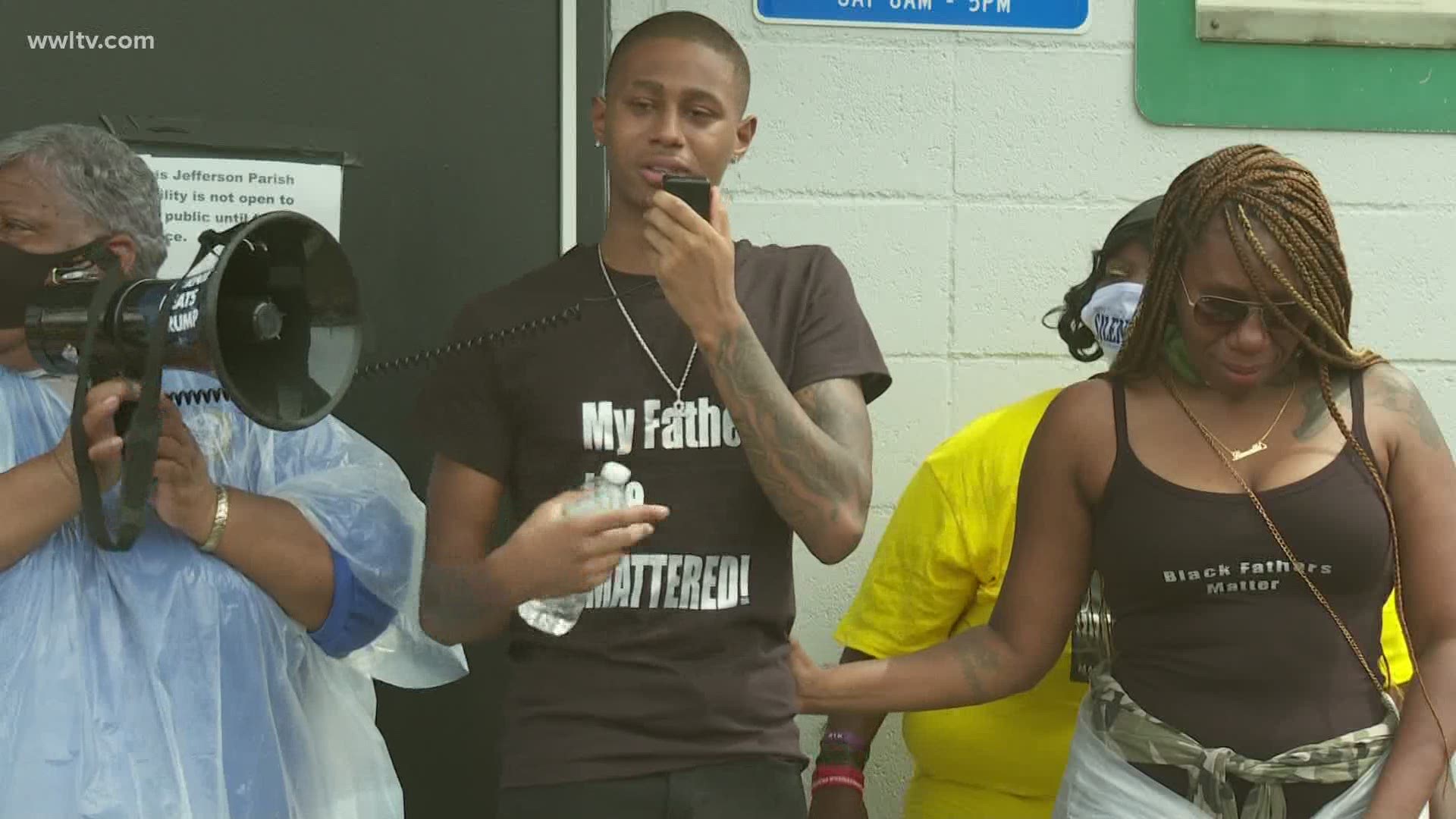 JEFFERSON, La. — Dozens of people came together in Jefferson Parish Saturday morning to protest police brutality across the nation and at home.

Organizers of the “Were Done Dying” march say they stand in solidarity with George Floyd but also with other people of color who have been killed by law enforcement.

The family of Daviri Robertson and Chris Joseph were there. The two men were fatally shot by Jefferson Parish Deputies while sitting in a car in front of an IHop in Terrytown. The sheriff says it was a part of a drug sting and no shots were fired until the car reversed, hitting one the four plainclothes deputies.

The family says things don’t add up and that there were no drugs or guns found in the car.

“I try not to get so emotional about this stuff because I know he wouldn’t want me to," said Daviri Wallace, Robertson’s son and Joseph’s nephew. “He was the kind of person who would want me to stay happy and stay light and that’s what I try to pride myself on, always being happy and looking at the bright side of things but it’s too hard.”

RELATED: 'Was it justifiable?' Relatives want answers in Gretna IHOP shooting by deputies

The families of other black men killed by police were also there, including the father of Armond Jairon Brown, a 25-year-old killed by Kenner Police and the family of Modesto Reyes, a 35 year-old shot and killed by a deputy last week after allegedly pointing a gun at the officer following a chase. The family of Keeven Robinson, killed more than two years ago after a pursuit in Old Jefferson with undercover agents, were also there.

“Keeven was 22-years old, no one knows what Keeven would have done,” said Cheryl Robinson, Keeven’s grandmother. “Keeven had a heart of gold.”

“No matter what kind of picture they are trying to paint about my son I know who my son was,” Kiwanda Robinson said. “He was lovable. He was goofy.”

Wallace is still reeling from the loss of his father and uncle but says coming to this march had him -- for the first time in a long time -- looking towards the future.

“I still haven’t come to terms with it but each and every day since seeing stuff like this it helps me progress and move on," he said.

The Jefferson Parish District Attorney’s Office is still investigating the death of Keeven Robinson and the killing of Robertson and Joseph. They said they are unable to comment because the cases are still under review. The DA’s office will likely be taking over the Modesto Reyes case, though they have not been handed the case from the sheriff’s office.

“I am extremely disturbed and saddened by the events surrounding the tragic and senseless death of Mr. George Floyd. My sincere sympathies go out to Mr. Floyd’s family at this very difficult time,” wrote Jefferson Parish District Attorney Paul Connick in a statement released Tuesday. “I understand and support the rights of citizens to peacefully protest, but I am deeply troubled by the violence that has erupted across our country in the wake of Mr. Floyd’s death.”

Connick says the office has remained in contact with the attorneys representing Mr. Robinson’s next of kin throughout this process and will continue to keep them advised on the status of this matter.

"We cannot comment on the status of our review into the deaths of Mr. Joseph and Mr. Robertson which occurred on March 27, 2019, as this case remains under investigation by my office. We have been in contact with representatives of each of their families and will continue to keep them advised.”

The sheriff’s office did not respond to requests for comment. Attempts were made to contact Kenner Police but we were unsuccessful in reaching anyone.