The march, 'ENUF is Enough,' was in honor of 22-year-old Keeven Robinson who died last week from injuries he received during a struggle with Jefferson Parish Narcotics Detectives. 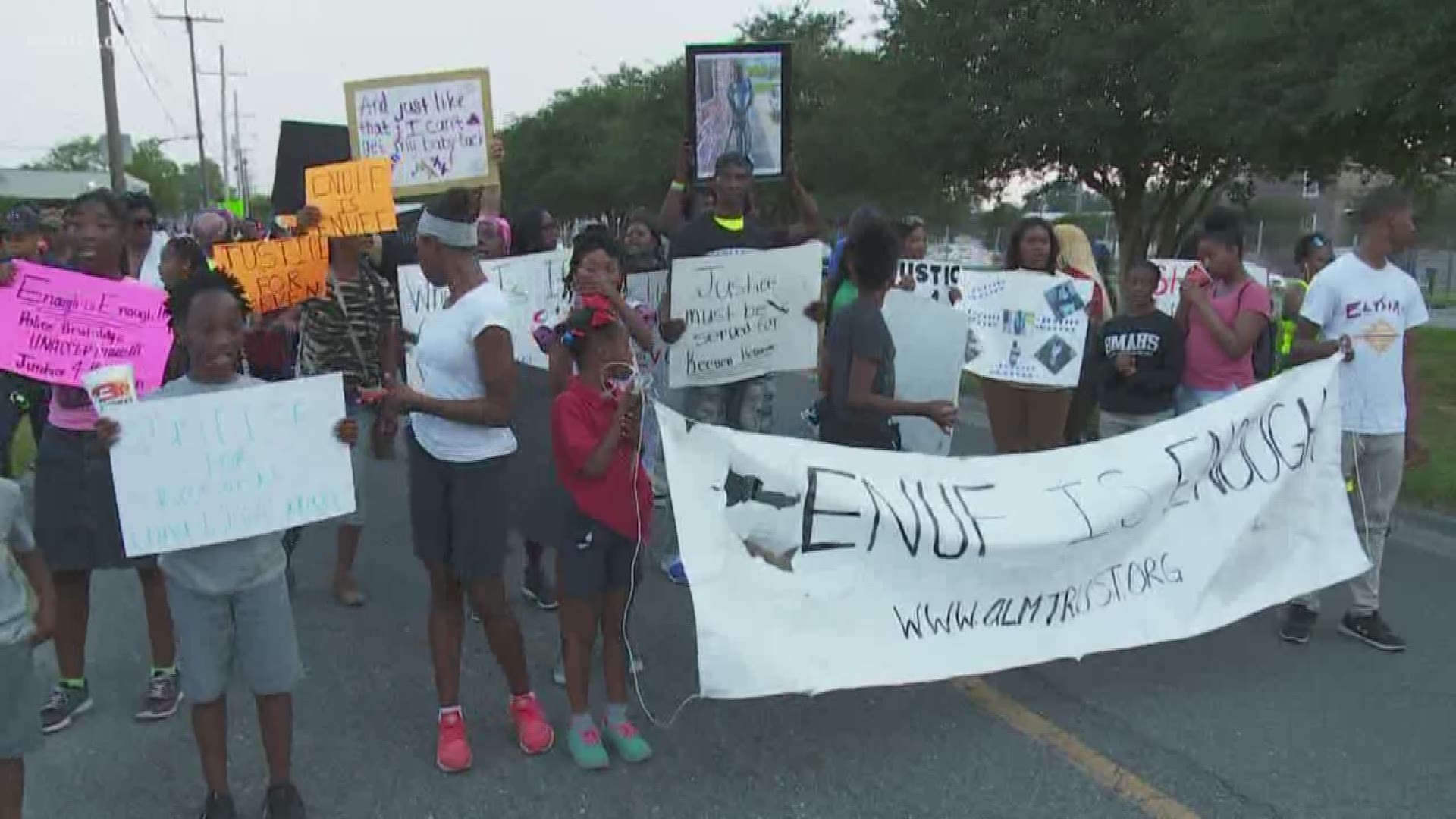 JEFFERSON PARISH - The Jefferson Parish Coroner ruled the death of 22-year-old Keeven Robinson as a homicide and four agents have been placed on desk duty as deputies investigate Robinson's death.

"I want them to know we need to stand together on anything that goes wrong," said Mark MacElroy.

Emotions were high Monday night as a crowd of more than 100 people remembered a life lost.

"For me it means unity, coming together and pretty much just supporting the family," said Regina Hollins.

The march, 'ENUF is Enough,' was in honor of 22-year-old Keeven Robinson who died last week from injuries he received during a struggle with Jefferson Parish Narcotics Detectives. Robinson, allegedly being investigated for drugs, was spotted by undercover agents at a gas station off Jefferson Highway and Labarre Place when he took off.

"Enough is enough," said Steven Jackson. "It's time for it to stop man."

Jackson is Robinson's father, and calls it a death that should've never happened.

The march came about eight hours after the coroner released Robinson's autopsy report stating he had traumatic injuries to the soft tissue of his neck and that his death was caused by the actions of another.

Monday's announcement was one some call a small victory, but work they add, is still needed.

"We are thankful the autopsy came back as a truthful autopsy," said Henderson.

"All across the country it's going on and it's a shame but soon it has to end," said MacElroy.

As the crowd marched through the neighborhood, many hope their message for justice was heard.

"I know it's disheartening and it feels like we're not getting anywhere, march after march," said Hollins. "Just fight the good fight, just keep fighting. Something is going to change, be that change."

After the march, a community meeting was held where people could sign up for different action committees in the neighborhood. They include groups regarding starting a business, schools and housing.