Injured Jefferson deputy saved thanks to life-saving training and techniques

In just three to five minutes, a hit artery could cause an injured person to bleed out and die. 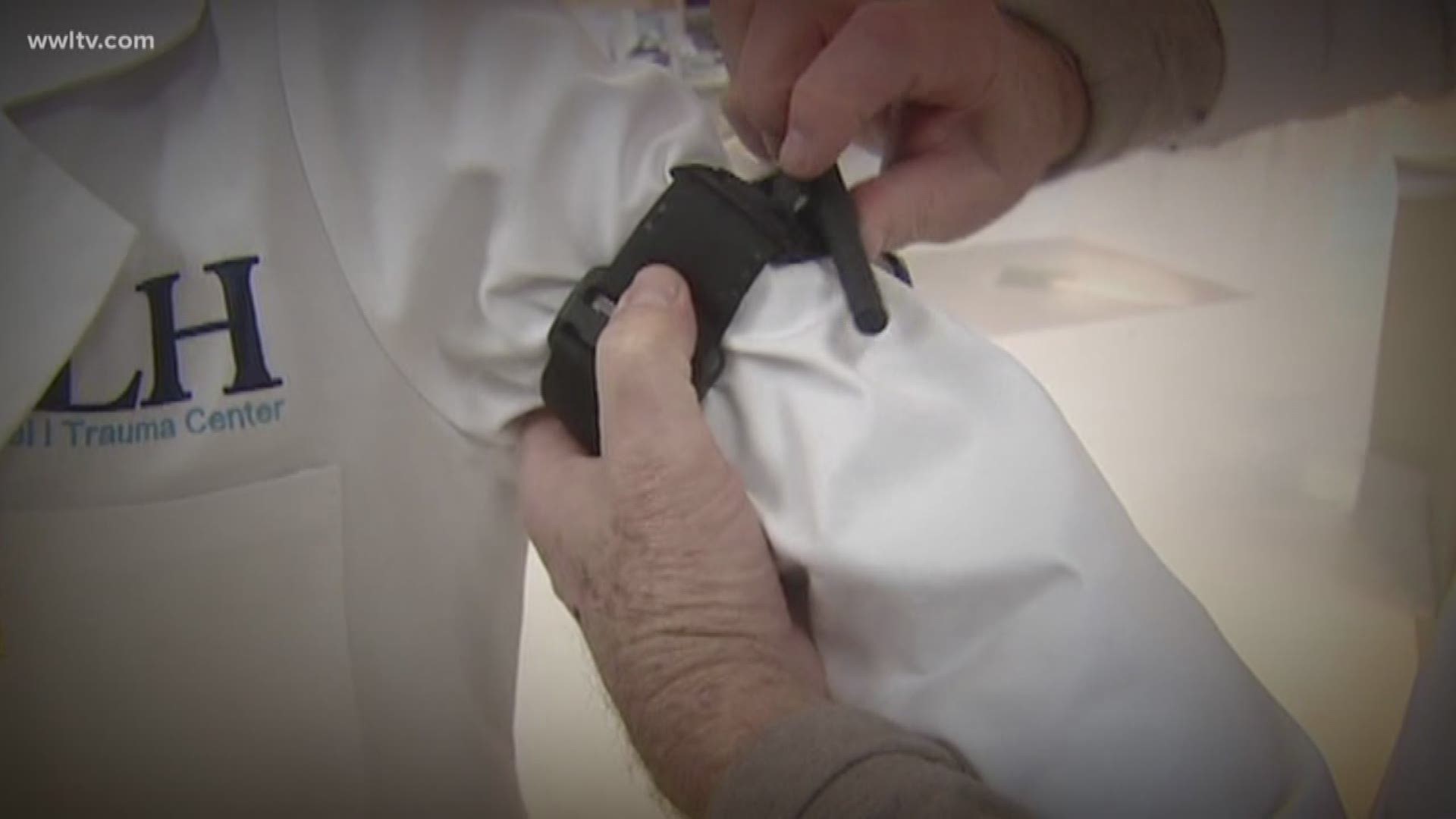 (METAIRIE) — With their brother in blue shot twice, deputies are getting high praises from Jefferson Parish Sheriff Joe Lopinto for using their quick thinking and training to save Deputy Christopher "Charlie" Haislup's life.

"Our officers were here pretty quickly. Actually applied the tourniquet on him, " Sheriff Joe Lopino said.

Haislup, a father of a 2-year-old boy and 8-week-old girl is now at University Medical Center, recovering from a gunshot wound to the leg and elbow. He was shot while responding to a call on the 6400 Block of Veterans Memorial Boulevard late Sunday night (Dec. 9).

He'll undergo surgery, but is expected to survive thanks to devices like the tourniquet.

"For years the thought was that tourniquets were dangerous. But through a lot of the research that the military experienced and had during their time, with recent combat exercises, they realized that tourniquets can be safe," Pierre Detiege said, a doctor at LSU Health/UMC Emergency Medicine.

Detiege works with "Stop the Bleed," a program which provides emergency training for community organizations and law enforcement.

"Almost all of them have gone through Stop the Bleed so they understand and know the value of tourniquets and of bleeding control and so we often in emergency room see cases where the police would apply the tourniquet which may make a drastic difference in that person's life," Detiege said.

In just three to five minutes, a hit artery could cause an injured person to bleed out and die.

"We have major vessels, arteries that travel through our arms and legs and we may think of it as a safe area or an area that doesn't seem life threatening -- but if it hits a major artery you can lose your blood volume in a matter of minutes," Detiege said.

But bleed control techniques, like the ones used on Haislup, help those wounded live to see another day.

"To see his face, even though it was a grinning face when he got out of that ambulance is a good feeling in my perspective. I'd much rather visit a person in the hospital than have to visit a funeral home," Lopinto said.