The outcome of this race could challenge the ideas of traditional campaigning. 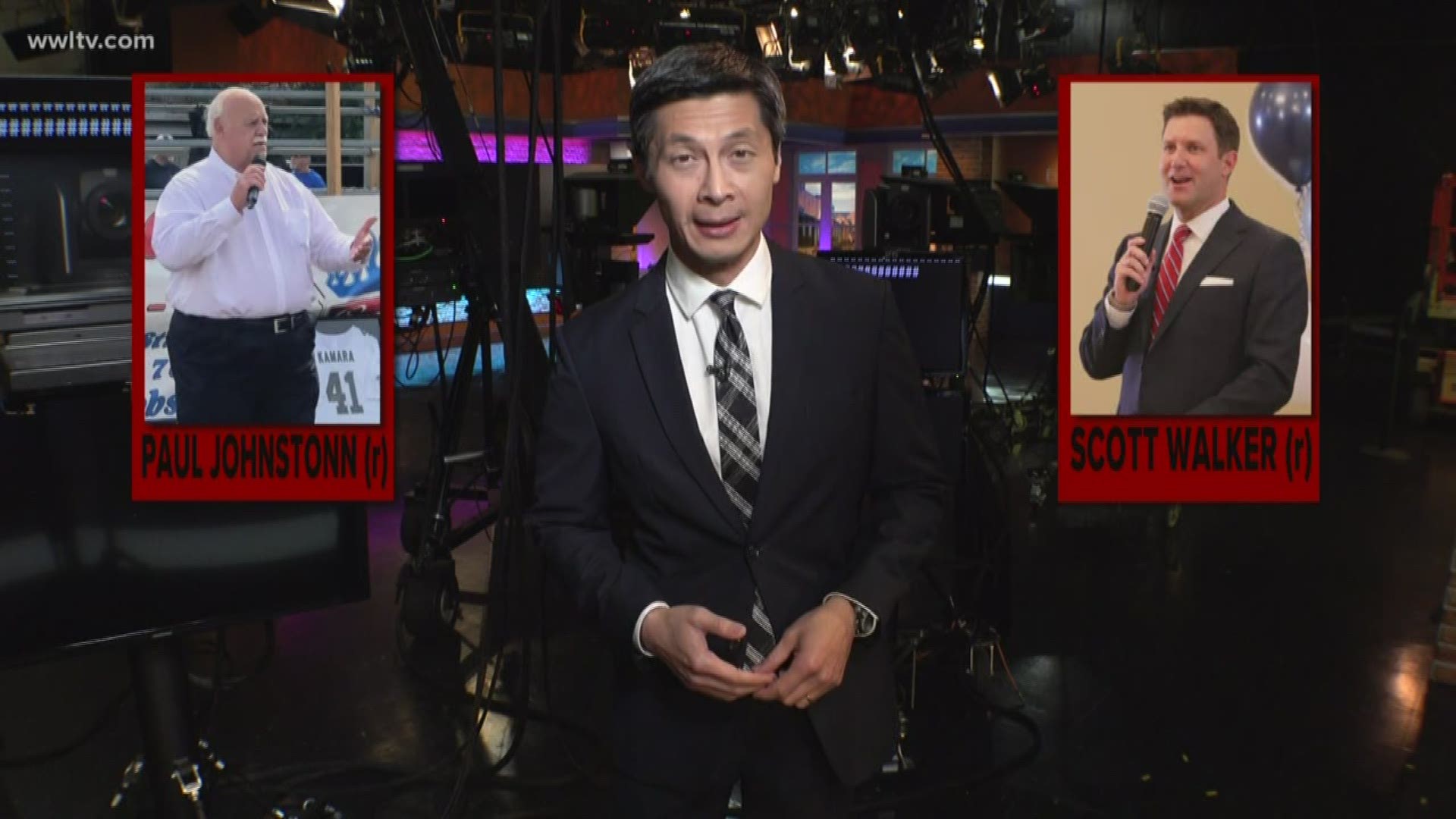 JEFFERSON PARISH, La. — Early voting for the Oct. 12 elections continues and one of the local races that's getting a lot of attention is for the At-Large B seat on the Jefferson Parish Council.

Both candidates are taking extremely different approaches to their campaigns.

Scott Walker and Paul Johnston have this much in common: They're both republicans and both believe they're the one for the council seat.  Beyond that, the candidates are vastly different in age, experience and campaign style.

Chances are you haven't seen campaign ads by Scott Walker on TV.   That's because he's investing heavily on social media.  One political ad is playing on all of his social media platforms.

"I think social media is a huge part of politics today, like when I was a news anchor and used social media to get a severe weather coverage event, whether it was a hurricane or tornado or flooding, whatever it may be, you get information so much faster from people," said Walker in the ad.

Paul Johnston also has a presence on social media, but he's also relying on television.  These types of ads are staples of election season.  Here’s an excerpt from one of Johnston's latest ad.

"Councilman Johnston is a big reason for our government's success, he's a reason we have a pump to the river, he's the reason Elmwood is booming.  Paul doesn't wait for opportunity, he creates it," said various members of the parish’s political community.

That ad from Johnston features several current Jefferson Parish politicians talking about his decades of experience.  Another ad runs as a highlight reel.

"He guided the redevelopment of Elmwood...Councilman Johnston brought in $1-billion in has brought in investments to Jefferson,” said the voice over in the ad.

Walker is new to politics.  He's a former news anchor now running his own consulting firm and doughnut shop.  While Johnston relies on his record and allies, Walker says he's offering a new direction for the parish.

"The same-old same-old won't work any longer in the parish. It's time for new ideas, it's time to have a real conversation about the future,” said Walker in the ad.

Another major difference is campaign funding.  According to records that reflect the same time periods for both candidates, Johnston leads.  With more than $158,000 on hand, he has six times more money than Walker, who had roughly $24,000.  Usually, more money is an advantage, but the outcome of this race could challenge the ideas of traditional campaigning.