The Jefferson Parish Council rolled out the welcome mat to New Orleans schools that are looking for a place to play football this Fall. 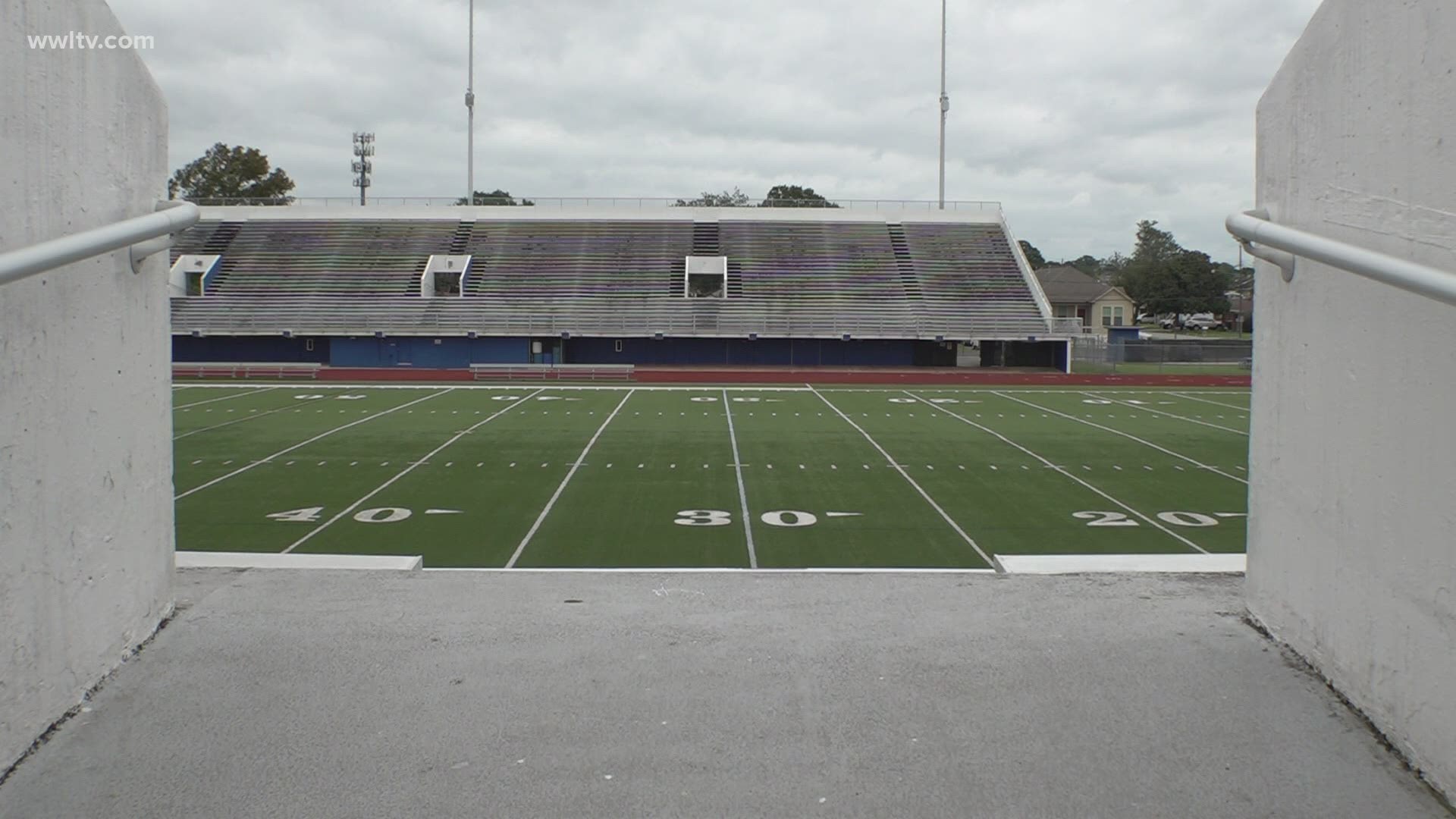 JEFFERSON PARISH, La. — Right now, there won't be any Friday night lights at places like Tad Gormley stadium in New Orleans, but that doesn't mean Orleans Parish football teams won't get to take the field this Fall

Yenni Stadium at East Jeff High School is just one place where some New Orleans schools might wind up this year.

New Orleans Mayor LaToya Cantrell last week said it's not yet the time to let football games happen in the city thanks to the COVID-19 outbreak.

JP Councilman Dominick Impastato authored a resolution that welcomes Orleans Parish schools into Jefferson to practice and play sports -- not just football -- until the city allows them again.

That comes after the LHSAA gave the OK.

“This absolutely assumes that any and all of those restrictions will, in fact, be strictly adhered to,” JP Councilman Dominick Impastato said.

Several schools took up the offer even before the council unanimously passed the resolution Wednesday.

"As of this time, we have 22 games scheduled at our two stadiums, either at Yenni or at Memstas,” Jefferson Parish School Board member Billy North said.

Brother Martin High School principal Ryan Gallaher says not all hope is lost for a season of football in the city.

He's on a task force that met with City Leaders on Monday.

"We walked out of the meeting feeling like by Thursday or Friday at the latest, the city or the mayor would have the guidance that she needs from the task force and the LHSAA,” Gallahar said.

As for Jefferson Parish, Impostato says it's not a question of if Orleans Schools can play there.
"It's happening. It's happening,” he said. “It's in place now."

Different teams running different plays to get to the goal line.