“We need something here, a four-way stop, a light, something, because somebody’s going to get killed." 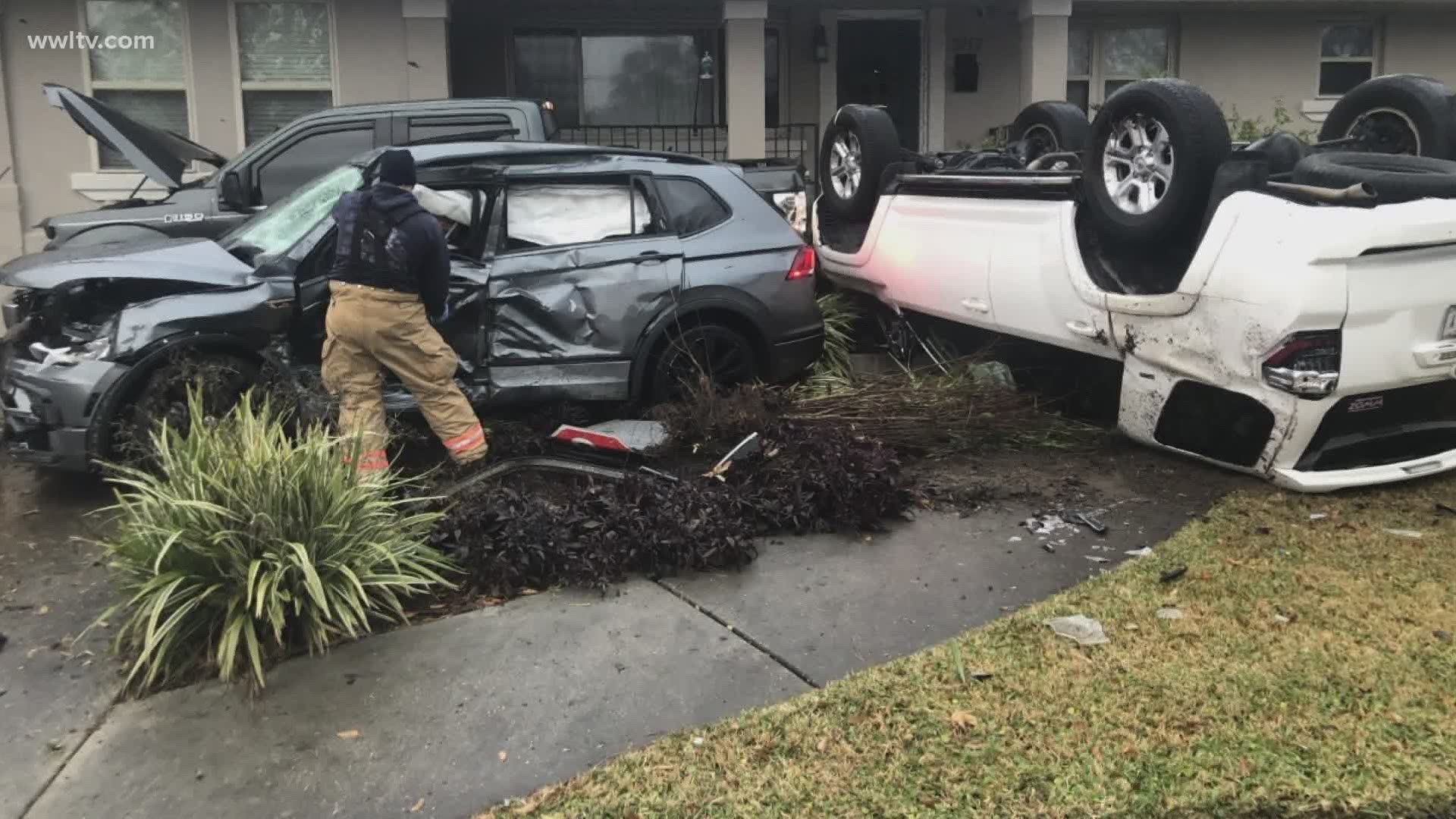 “It makes you sick to your stomach watching it,” Lorilei Bozeman said.

Bozeman was inside her home at the intersection of Kawanee Avenue and Bissonet Drive when a crash Monday morning ended up at her doorstep.

Surveillance video shows a truck run a stop sign, hitting an SUV. Bozeman’s parked SUV is totaled in the process. Bozeman has lived here for about three years and says wrecks at this intersection are far too common.

“Since we’ve been here, I’ve seen probably six wrecks,” Bozeman said. “Anything from little fender-benders to what you’ve seen today.”

“Obviously, I can’t imagine how terrible the feeling must be when you’re the homeowner with no warning and no ability to protect yourself,” Jefferson Parish Councilman Dominick Impastato said.

Impastato represents District 4, where that intersection is. He says there are no records of complaints about it but after seeing what happened, the parish is open to making some changes.

“One complaint is enough. One incident is enough. If the appropriate safety measures are that we need to change the traffic control, I can assure you we’ll change it,” Impastato said.

What that change may look like is unknown right now. That’s a process Impastato says takes time to figure out and comes down to drivers obeying the law.

“Traffic control devices used are only as good as the public adhering to those devices,” Impastato said.

In this crash, the driver of the truck clearly runs a stop sign and then walks away from the crash. The woman he hit was trapped inside her SUV, rescued by first responders and taken to the hospital.

As Jefferson Parish deputies search for that man, Impastato says his office will search for solutions to prevent scenes like this from happening again.

“I can assure you the commitment of Jefferson Parish government is to make sure whatever changes we can make to prevent people from getting hurt in the future will be done,” Impastato said.

“We need something here, a four-way stop, a light, something, because somebody’s going to get killed,” Bozeman said.