According to officials, deputies were called to the scene after the unidentified woman started yelling racial slurs at parish workers. 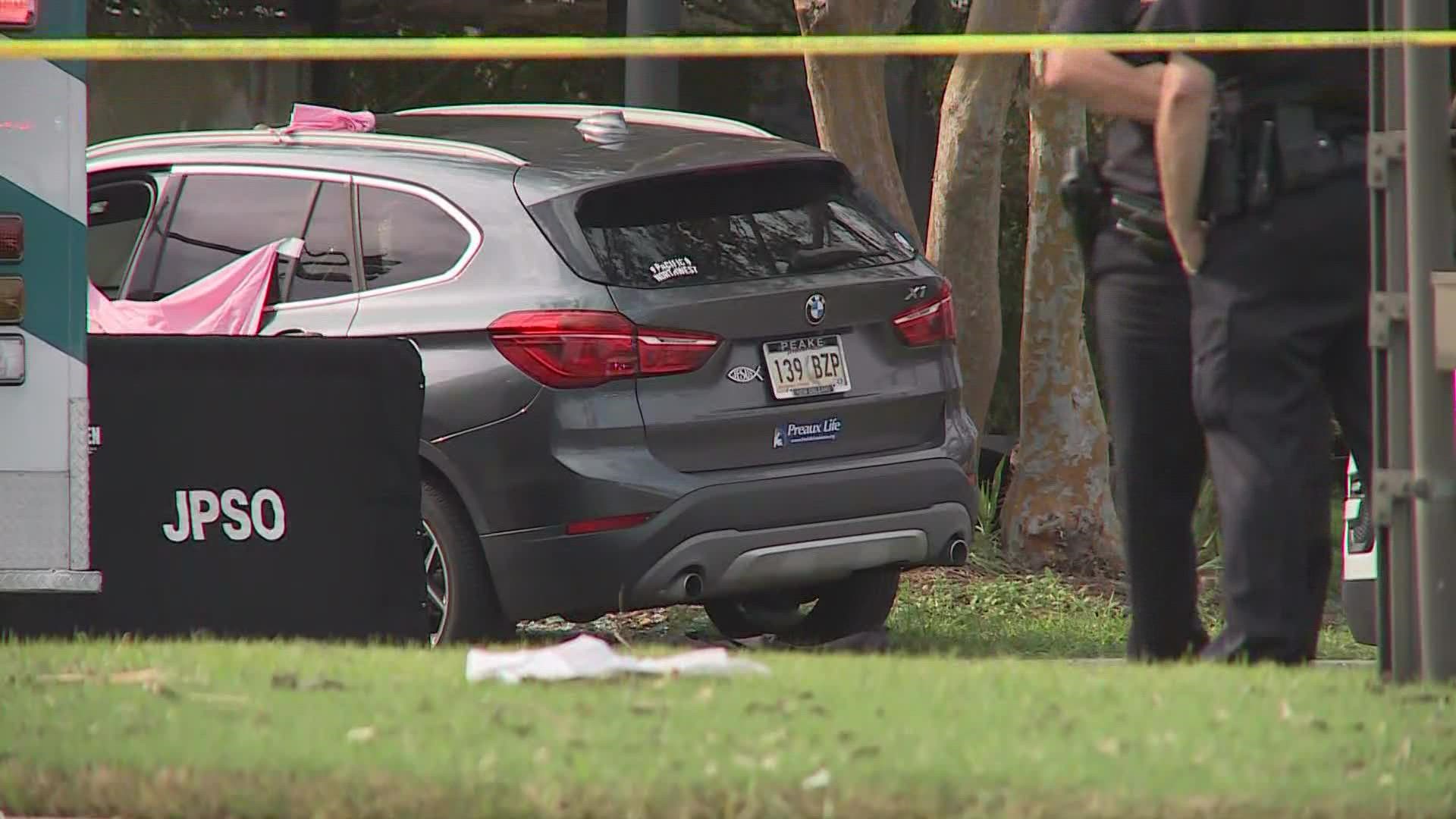 According to officials, deputies were called to the 6400 block of Park Manor Drive after the unidentified woman allegedly yelled racial slurs at parish workers.

Sheriff Joseph Lopinto said that police tried to de-escalate the situation, but the woman started driving, dragging a deputy alongside her car until she got stuck in traffic on Veterans Boulevard near Power Boulevard.

Lopinto said deputies followed her and surrounded the vehicle. She then allegedly hit the gas again and struck a JPSO deputy before another deputy opened fire, killing her.

The investigation is ongoing, but Lopinto said that the woman may not have been mentally stable.

“Doesn’t seem like a whole lot was right with her from what I’m gathering," Lopinto said. "Tensions have been high around here. Disturbances at gas stations — we're getting a bunch of them right now."

The deputy dragged by the car is at the hospital with minor injuries, according to Lopinto.