The sheriff's office said the victim was a man but did not provide any other details about the killing. 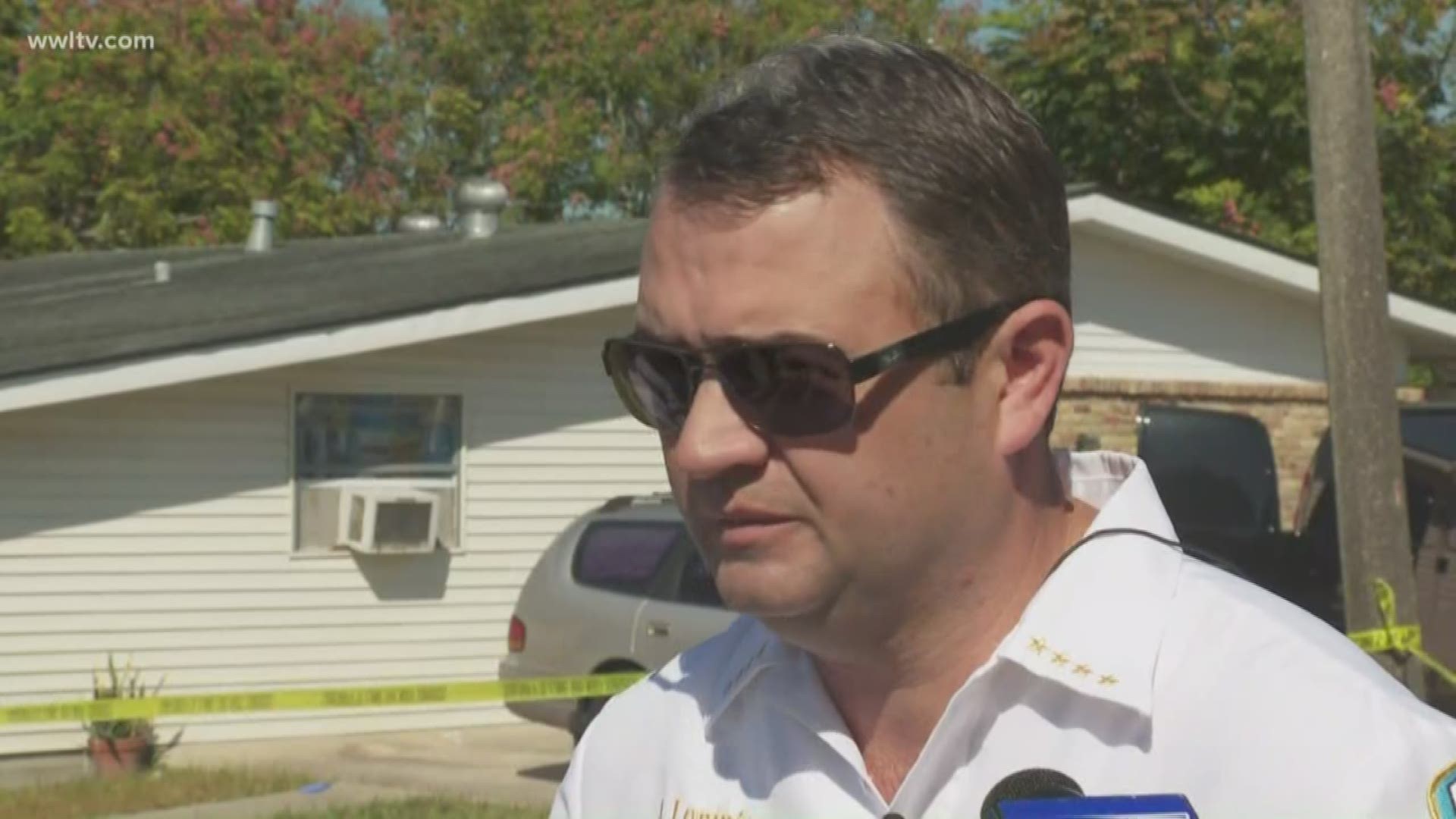 TERRYTOWN, La. — Authorities say a 14-year-old admitted to stabbing his father to death with a spear following an argument in Terrytown Wednesday morning.

Jefferson Parish Sheriff Joe Lopinto said the slaying happed around 9:13 a.m. in the 2100 block of Browning Lane. The boy is in custody, facing a charge of second-degree murder.

Deputies were called to the home after the teen called 911 and said that he had just stabbed his 50-year-old father. Deputies arriving at the scene found a man near the front door stabbed several times. Authorities have not released the victim’s name. He was pronounced dead.

Crime scene technicians recovered a long, black spear and a baseball bat from a garbage can.

Lopinto did not say what may have led to the violence, though he noted that boy may be suffering from mental illness.

Investigators are working to determine a motive.