The jury had been deliberating since 12:30 p.m. after hearing nearly 90 minutes of closing arguments from prosecutors and Gasser's attorney. 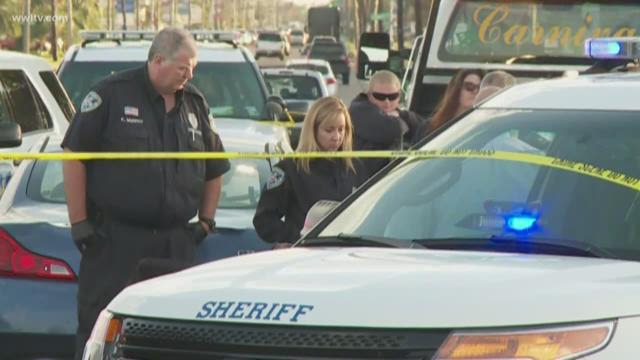 GRETNA – The man accused of shooting and killing former NFL player Joe McKnight after the two engaged in a high-speed, road-rage chase was found guilty of manslaughter by a jury Friday night.

The jury had been deliberating since 12:30 p.m. after hearing nearly 90 minutes of closing arguments from prosecutors and Gasser's attorney. Judge Ellen Kovach of the 24th Judicial District Court then gave the jurors their final instructions.

Sentencing is set for March 15. Gasser faces up to 40 years in prison.

Gasser killed McKnight at at Terrytown intersection on Dec. 1, 2016, after a 5-mile chase, spurred by road rage, that began on the Crescent City Connection. It ended at Behrman Highway and Holmes Boulevard.

During closing arguments, prosecutors and defense argued that the day of the shooting was one of a challenge versus a choice.

"This was a challenge on the bridge. He (Gasser) felt Mr. McKnight challenged him on the bridge," prosecutor Seth Schute told the jury. "Gasser said, 'I'm not going to let it go.' If either of them had let it go, we wouldn't be here today."

"(Mr. McKnight) chose to drive like a maniac. He chose to almost run Ronnie off an embankment," Goetz said. "Joe McKnight makes the fatal choice to scream obscenities, scream threats, then get in my client's car."

Gasser said he shot McKnight after the former football player "lunged" in his blue Infiniti when the men stopped at the Terrytown intersection.

Prosecutor Shannon Swaim told the jury, "Someone is dead, and they're not coming back, and that's a big, big deal He's dead because of the choices Mr. Gasser made."

Shortly before that, Goetz said his client had no choice but to react the way he did.

"What do you think he (McKnight) was going to do when he went to that window?" he asked the jury. "Invite him to tea?"

The jury -- made up of six white females, four white men, one Hispanic female and one black female – had the option of convicting Gasser of second-degree murder or acquit him of the charge.

They also were allowed to consider lesser charges, including manslaughter or negligent homicide.

The jury was instructed on the legal bar, or what prosecutors needed to prove for each charge.

Second-degree murder, which carries a mandatory life sentence, is the killing of a human being when the offender has a specific intent to kill or inflict great bodily harm.

Manslaughter is a homicide which would ordinarily be second-degree murder, except it was committed in sudden passion or heat of blood, immediately caused by provocation sufficient to deprive an average person of his self-control or cool reflection.

Negligent homicide is the killing of a human without any intent to kill but occurs when a person acts in a negligent manner.

Louisiana requires only 10 of 12 jurors to come to the same conclusion about a defendant's guilt, unless the case involves the death penalty.