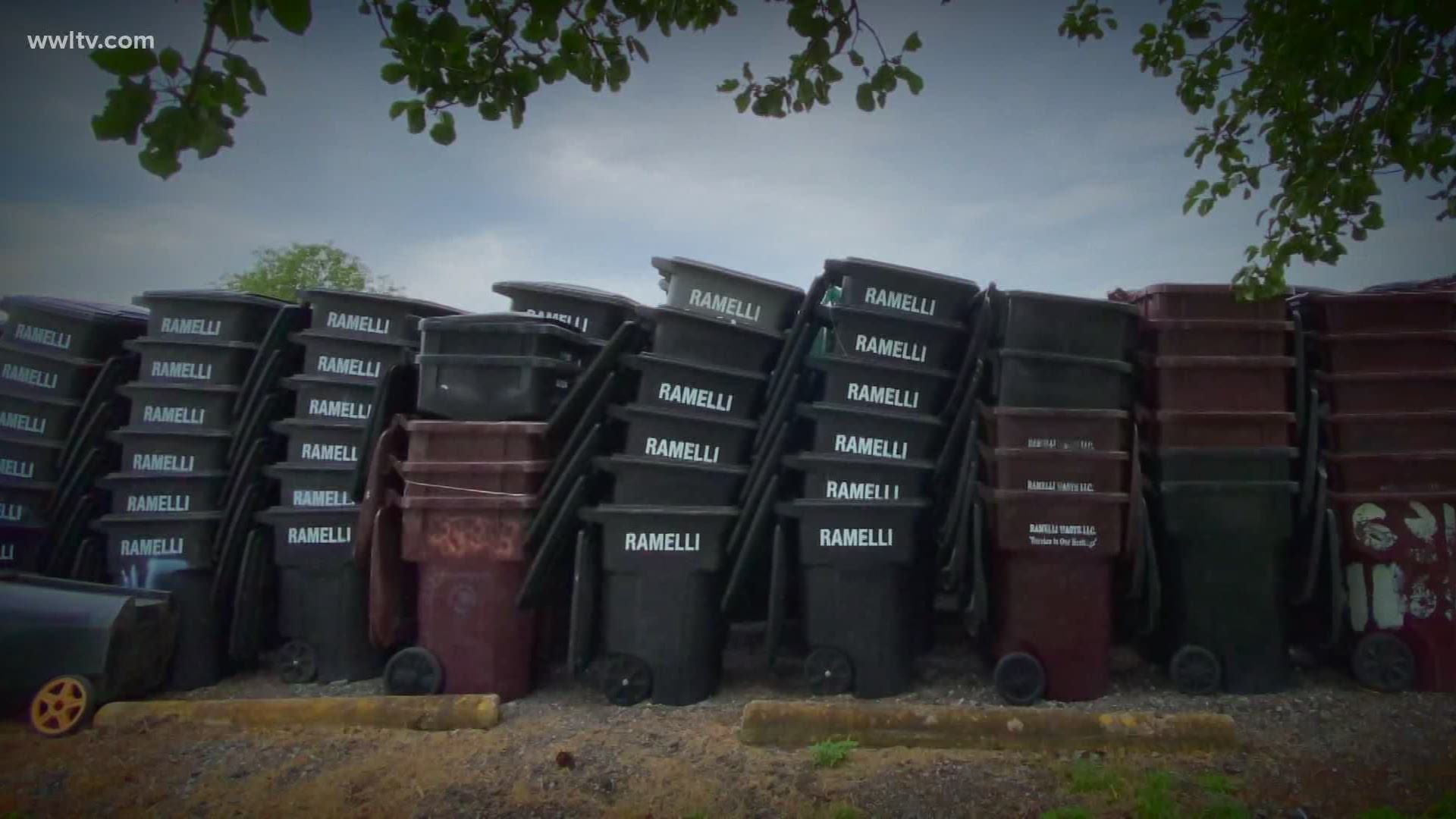 Kenner Mayor Ben Zahn promised the deal would provide “better service at the same contract price” as an existing deal with Ramelli Janitorial Service, which filed multiple lawsuits against the city, Zahn and IV when Zahn hired Torres’ company on an emergency basis in March.

An exclusive WWL-TV investigation this week uncovered allegations from former Ramelli garbage truck drivers, who signed sworn affidavits alleging they were directed to collect recyclables placed in separate bins by residents and mix them in with the garbage, then dump the mixture at a landfill on the West Bank.

Kenner City Councilman Mike Sigur reacted strongly to the report during Thursday’s online council meeting, saying he was “alarmed” by the WWL-TV report, especially because he was the one who signed a deal with Ramelli to resume curbside recycling service in 2016.

“After watching that story -- and I commend Channel 4, David Hammer for his diligence in putting that story together -- I'm just dismayed to find out my good intentions seemed to be worthless and useless because the contractor chose not to recycle,” Sigur said.

“So, when we’re thinking we’re doing good for the ecology and our planet, we find out all we’re doing is piling more trash into a landfill and paying more money to the landfill operator for that additional trash,” he said.

IV Waste has been providing garbage service to Kenner’s 22,000 households on an emergency contract since May 1, but the spat with Ramelli caused major problems, including the buildup of weeks of garbage in Ramelli’s curbside cans after a New Orleans judge ordered IV crews not to touch Ramelli’s carts.

Zahn responded by charging Ramelli and owner Bob Ramelli personally with 22,000 separate litter violations. Ramelli has been summoned to the Mayor’s Court on Aug. 14 to answer the charges. In a federal lawsuit filed earlier this week, Ramelli alleged Zahn was abusing his power by leveling those criminal littering charges.

Zahn had expected a close vote on the IV Waste contract and some council members raised concerns about how a universal inflation calculator would be used annually to adjust the base price of $11.28 per household for garbage service.

Zahn bristled when some council members offered amendments to the contract he negotiated. City Attorney Ed Rapier stepped in to say the council could only grant the mayor the power to negotiate, not set the actual contract terms.

Councilman Tom Willmott said he was considering voting against, noting, “Quite frankly, this is a tough one for me.”

“It shouldn’t be too tough if you watched Channel 4 last night,” Zahn shot back.

In the end, Willmott voted for the ordinance backing the deal Zahn negotiated with IV Waste. Gregory Carroll was the only councilman to vote against it. In a previous vote on the ordinance, Council President George Branigan abstained, citing a conflict with his insurance agency representing Ramelli. But he joined the votes in favor of the deal this time.