“This is a big honor,” said Duet, moments after he was emotional in reading the letter. “It was a lot of work.” 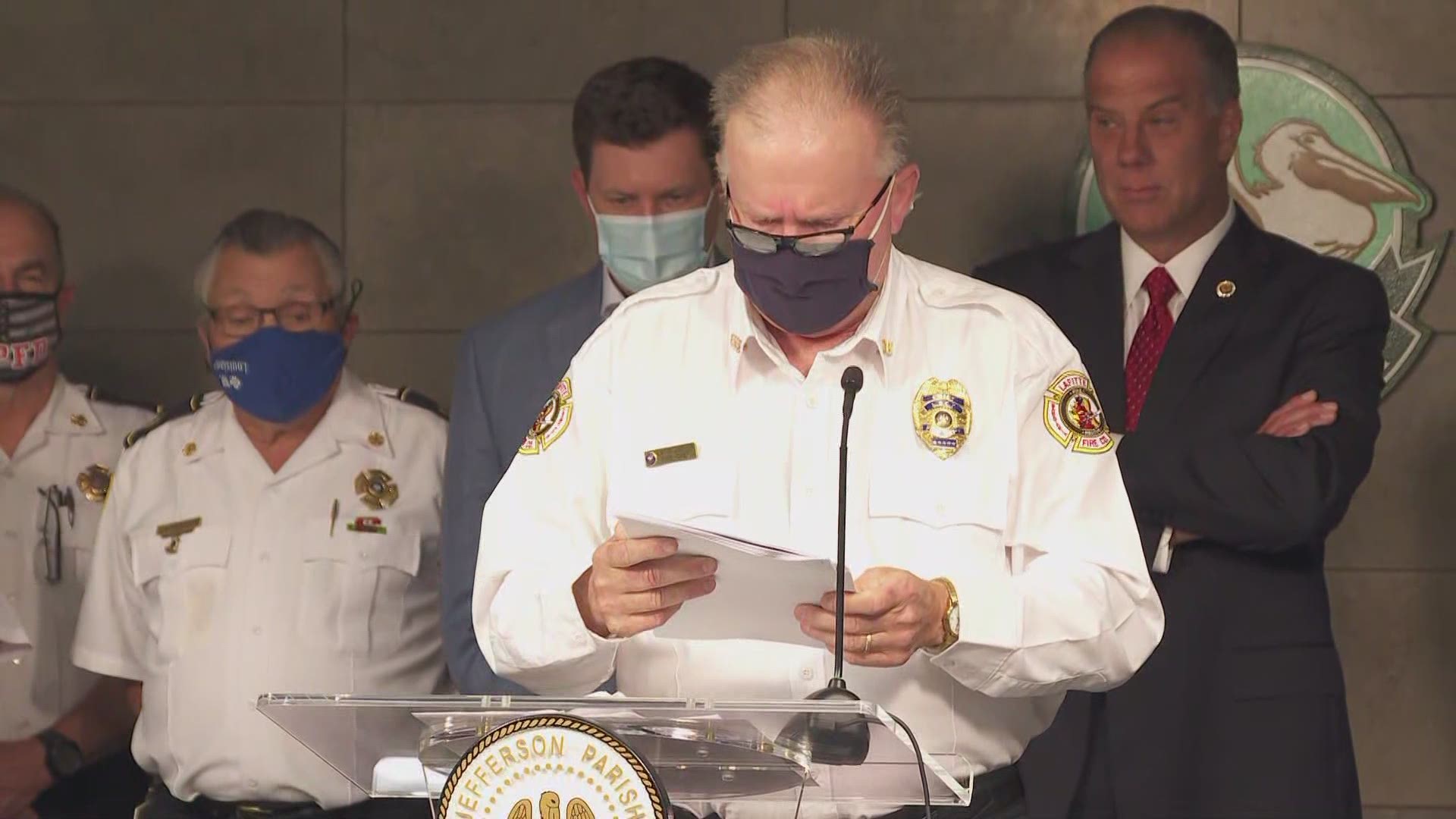 A big honor for the Lafitte Volunteer Fire Department that also services Barataria and Crown Point was announced Tuesday.

Chief Linton Duet was surprised by a letter he was given to read in front of Jefferson Parish President Cynthia Lee Sheng, several council members and mayors from the cities involved.

The Lafitte Fire Department was given a fire rating classification of 1 – the highest rating available – and two points higher than the previous rating.

“This is a big honor,” said Duet, moments after he was emotional in reading the letter. “It was a lot of work.”

Duet’s department’s honor is especially noteworthy as it is a “volunteer combination” department, meaning that there are some full-time workers, but also many volunteers.

“What an honor,” said Lafitte Mayor Tim Kerner. “Chief Duet just set the bar the highest it’s ever been set. I think point-5 percent of fire departments reach this level. We have one of the best fire departments in the state, maybe the country.”

Kerner said that the rating will likely save residents of Lafitte about 5 percent on homeowner’s policies.

"This is probably the most unique department, being mostly volunteer, to get a class-1 rating in the state of Louisiana," said State Fire Marshal Butch Browning.

Officials at the press conference said that about 14 fire departments in the state of Louisiana are at a Class-1 rating and that Lafitte is believed to be the lone department to do so with a staff of mostly volunteer firefighters working.