Despite the devastation, Norman Bouisse is thankful because his life was nearly lost along with his boat. 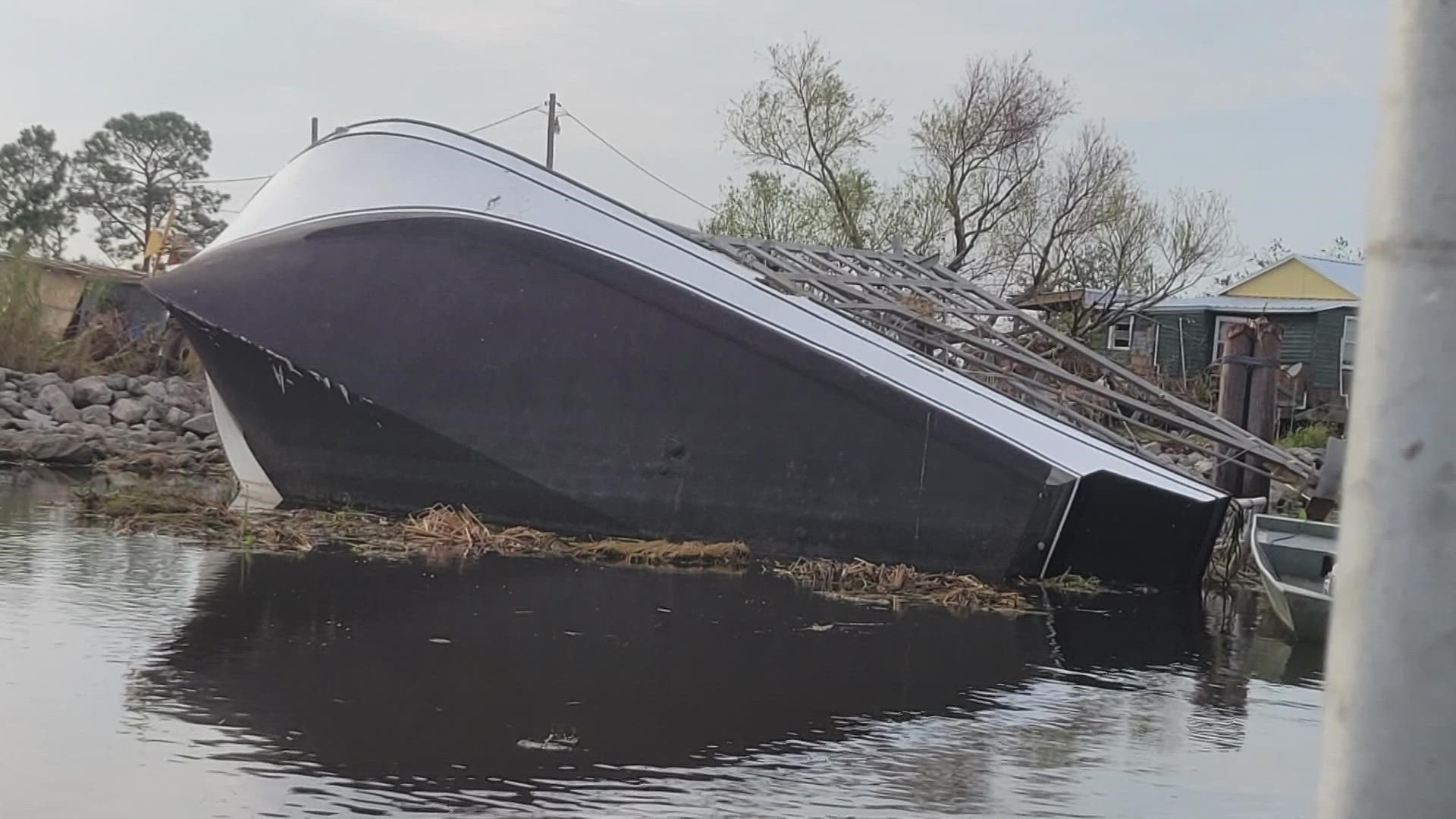 LAFITTE, La. — After spending 13 hours on his capsized boat during Ida, a fisherman from Lafitte is alive to tell his story.

"Disaster," Norman Bouisse said looking at the destruction surrounding his home. He's never been more grateful for a mess to clean up.

"One of those things," he said. "Thank God I made it. Guess we'll start over again. It's all we can do."

As a shrimper, he's called Lafitte home for seven decades.

"All that can be replaced. Still got my life," Bouisse said. "That’s the main thing."

Despite the devastation, he is thankful because his life was nearly lost along with his boat.

Bouisse planned to ride out the storm with a friend in Lafitte. He thought he had time to check on his boat in Bayou Barataria, but Ida was too quick and too strong.

"I was on my boat and my boat broke loose and rolled over," he said. "I spent almost 13 hours laying on the boat and the next morning my friend came and rescued me."

His friend's name is Grant Bundy.

"He's like my second daddy pretty much," Bundy said.

Bundy felt the depth of those 13 hours Bouisse was holding on for life.

"Kept trying to call, call, he wouldn’t answer. We couldn’t do anything. It was blowing 120 miles an hour," Bundy said.

"His boat was gone and we had some guys next door to us and he said, 'you looking for that skiff?' I said, 'yea.' He said, 'that old man in that skiff, it bust loose and flipped over in the middle of the bayou.' So my heart was going crazy," Bundy said.

He saw Bouisse's boat capsized in the bayou.

"They thought I drowned really," Bouisse said. "I could hear the boat coming and I raised my hand up."

Bundy feared the worst until he saw a sign of life.

"I seen about this much of his arm sticking up so it went from heartache to happy," he said.

Bouisse knew it was him.

"He didn’t give up cause he was all night waiting to come and get me," Bouisse said. "If it wouldn’t have been for him... it was terrible."

More than a week later, it's not any easier to re-live.

"Oh yea, I knew that," Bouisse said in response. "He was going to be there."