“Bring one thing: patience,” DiMarco said. “If you’re in line at 7 o’clock, you’re going to be allowed to vote. If we have to stay here to midnight, you’ll be here.” 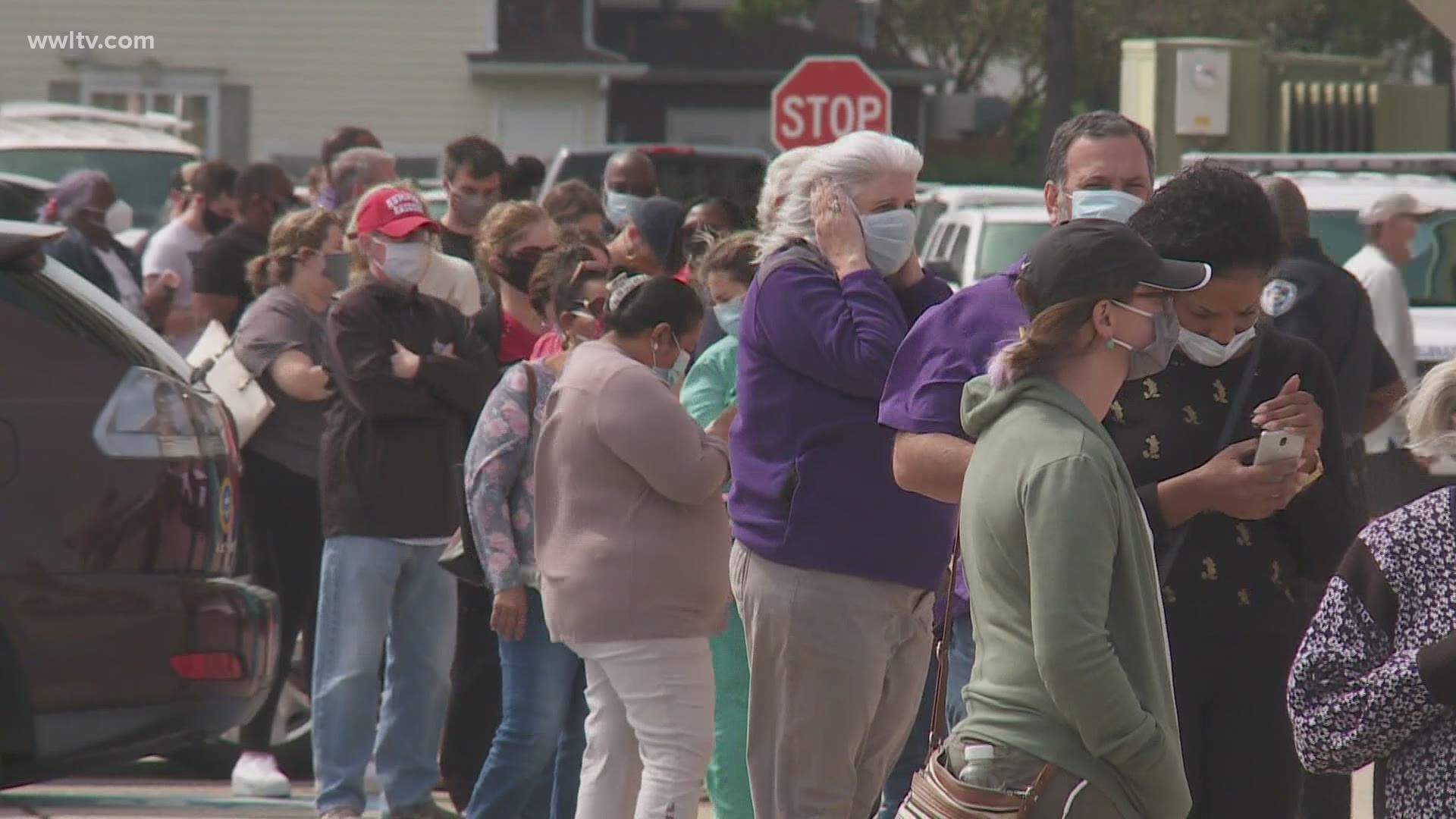 ELMWOOD, La. — Friday, there was a steady flow of early voters in Jefferson Parish.

There was no mega voting site similar to the Smoothie King Center where New Orleans voters can cast ballots. So, voters waited for hours outside parish government building to early vote.

There were 300 to 400 voters in line at any given time throughout the day outside the Yenni Building in Elmwood.

John Retzloff from Harvey got there early.

“I’m out here to vote because I want my votes to count and I believe all these other people are out here in line are feeling the same way that I am, that it’s important to vote in every election, Retzloff said.

He called the turnout on this first day of early voting encouraging.

“We need more people to vote, Frazier said. “For the most part, people haven’t voted as much as they should have in the past. We kind of linger around about 58 percent, 60 percent, so we are losing, geez, about 40 percent of the population that’s not voting.”

It was about a three-hour wait to get upstairs to the 5th-floor office of the registrar of voters to cast a ballot.

He was pushing for additional sites to cut down on the wait and to bring early voting closer to the voters.

“It doesn’t make a ton of sense to wait in a three-hour line outside, go inside where there’s four banks of elevators that four people could go up at a time to a narrow hallway to vote,” Walker said. “I think there’s an easier way. But this time the Secretary of State registrar couldn’t get it done.”

Polling Commissioner Kirsten Jackson says the turnout for early voting is an indication of what she expects to see at the polls on November 3, Election Day.

“I was excited when I saw it. I didn’t know what was going on when I got out here when the police officer said this is the voting line. I’m like what? This is great”

Jefferson Parish Registrar of Voters Dennis DiMarco says these are the longest lines he’s seen for early voting in his 20 years in office.

It’s been like this all day at his three offices in Elmwood, Kenner and on the Westbank.

“I was here early this morning and we had a lady who was in line at 5:50 in the morning, she was standing in line and we open at 8, DiMarco said. “It shows a highly motivated electorate.”

Two factors appear to be slowing early voting.  The election is of high interest, and coronavirus safety is a high priority.

The registrar’s office had to reduce the number of voting machines in operation from because of social distancing concerns.

Voters are also spaced out in line.

DiMarco expects 2,000 voters a day at each of his three locations between now and Oct. 27, the end of early voting.

He knows it’s a slow process, but says they are moving voters through as quickly as possible.

“Bring one thing: patience,” DiMarco said. “If you’re in line at 7 o’clock, you’re going to be allowed to vote. If we have to stay here to midnight, you’ll be here.”

There is also a lockbox outside the Yenni Building. where voters can drop off their mail-in ballots.