Missing Child: Crews to block off part of waterway and drain it for search

Monday, the Jefferson Parish Sheriff’s Office got approval to dam off part of the waterway where they have been concentrating the search in order to drain it down. 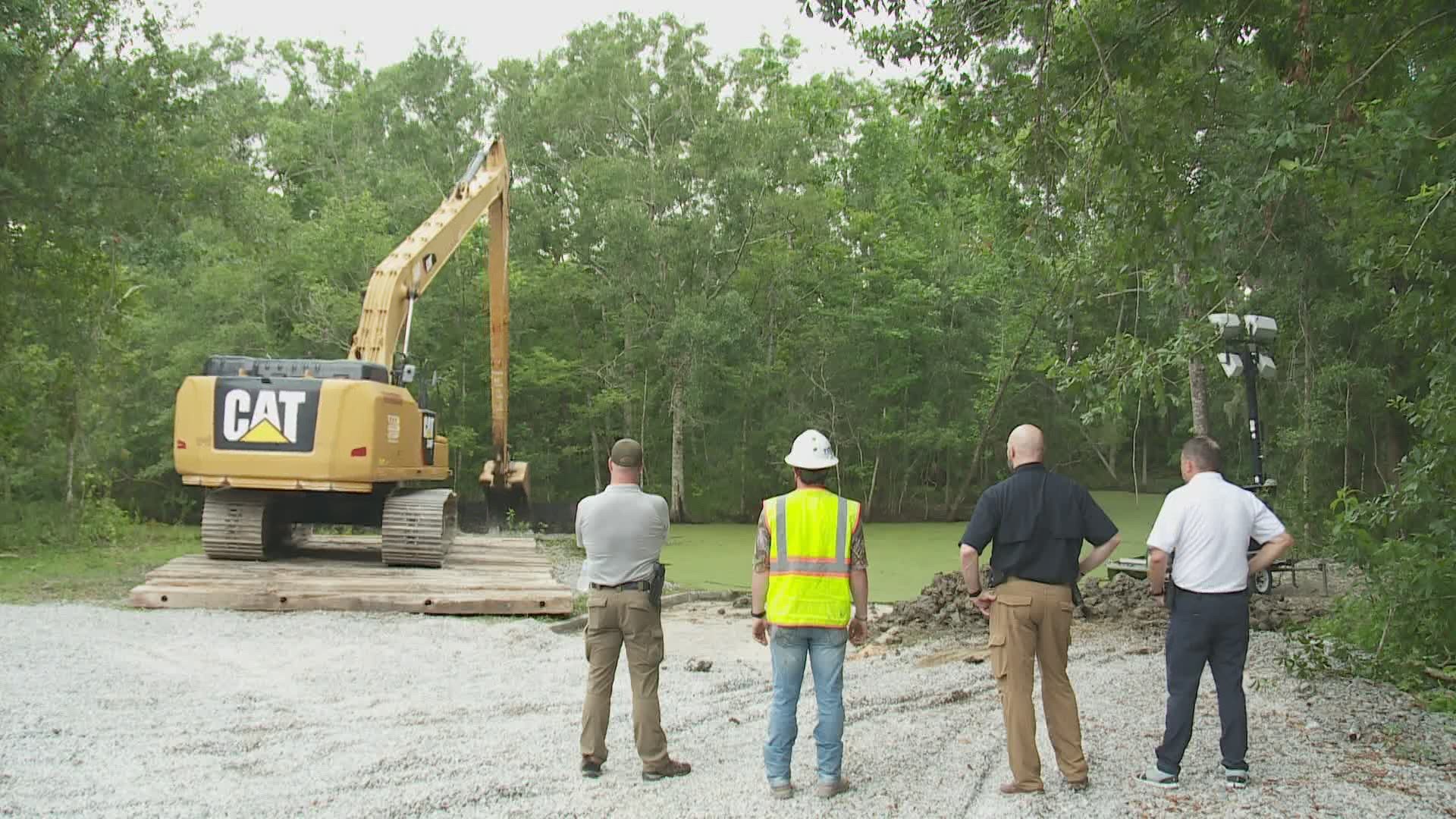 MARRERO, La. — The search continues for a 4-year-old child with autism who has been missing since Thursday, apparently in the marshes and waterways of Jean Lafitte National Park.

Monday, the Jefferson Parish Sheriff’s Office got approval from the National Park Service to dam off part of the waterway where they have been concentrating the search in order to drain it down in the attempt to locate Ellis Baudean .

The dam is expected to be in place by midnight. A private contractor is donating the time and the equipment for the work.

"This is a sad situation and we’re trying to give them some type of closure. They’re appreciative of our efforts," said Jefferson Parish Sheriff Joe Lopinto..

A JPSO spokesman said Baudean  went missing around 5:30 p.m. Thursday in the 6300 block of Barataria Boulevard, near the Twin Canals trail in Jean Lafitte National Park. It is believed that he slipped into the water and dive teams have been working the area.

The search started last week and continued through the weekend, at times being hampered by the presence of alligators.

Lopinto confirmed to WWL-TV last week that crews are focusing their search efforts on waterways around where the boy went missing, because volunteers have thoroughly searched the land nearby, leaving officials to conclude the missing child is in the water somewhere.

The search for Ellis Baudean  began after several social media posts began pouring in asking for help in finding the missing boy.

Teams have been on hand throughout the weekend as part of the search.