The cost was estimated to be in the millions when the parish council looked into it in 2015. 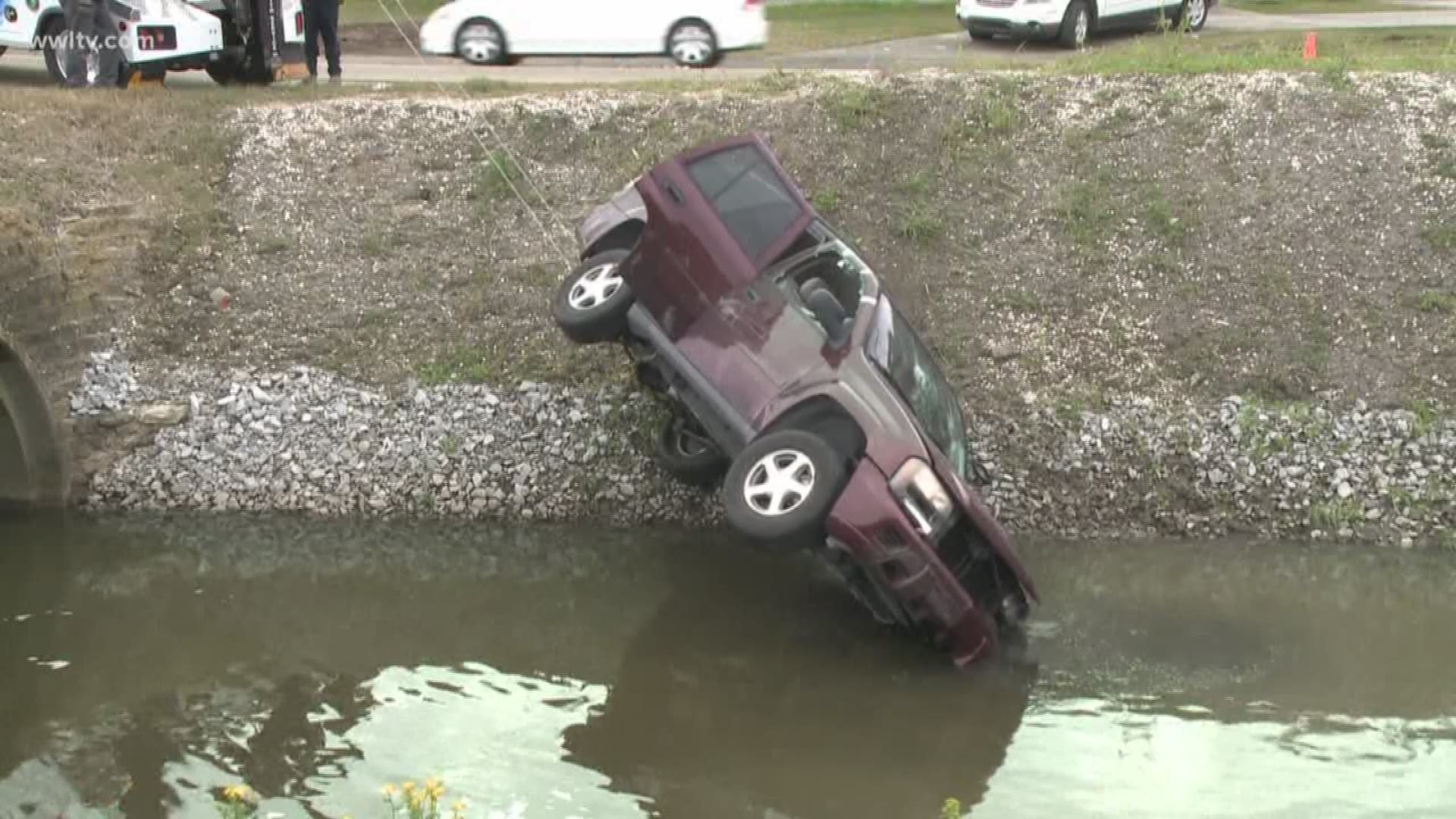 METAIRIE, La. — The driver of an SUV that went into the canal near Transcontinental Drive and West Metairie Thursday morning made it out with minimal injuries according to the Jefferson Parish Sheriff’s Office.

The steep drop from the road into the canal makes it easy for a car to accidentally end up in the water.

Chad Johnson and his wife live near the site of the accident.

“"She actually saw it happen, she ran into the house and told me that it just had happened, and I ran out here and tried to help if I could,” he said. “We've owned this house for three years, so just within that time, this is the second or third one we've seen in the same spot.”

JPSO told us witnesses at the scene told deputies that a car ran a red light and hit the SUV, causing it to flip and fall into the canal.

In a strange coincidence, the victim works at Oscar Mendez’s autobody shop. He came out to check on his employee.

"First time seeing at the scene, you know we normally get them after the fact,” he said. "They said she was okay, she was able to get out on her own."

He also thinks that barriers around the canal are overdue.

"Now seeing how easy it is to go into that ditch, to have some railings there would be helpful,” Mendez said.

This crash didn’t end in tragedy, but in 2015 three people died in less than a week after two cars went into Metairie drainage canals.

Councilwoman Jennifer Van Vracken, who oversees this area, says her office will look to see if there’s a pattern and if barriers are necessary.

As for putting up barriers around all the canals, the cost was estimated to be in the millions back in 2015.