The new shoulders are specifically designed to prevent crashes like this one. 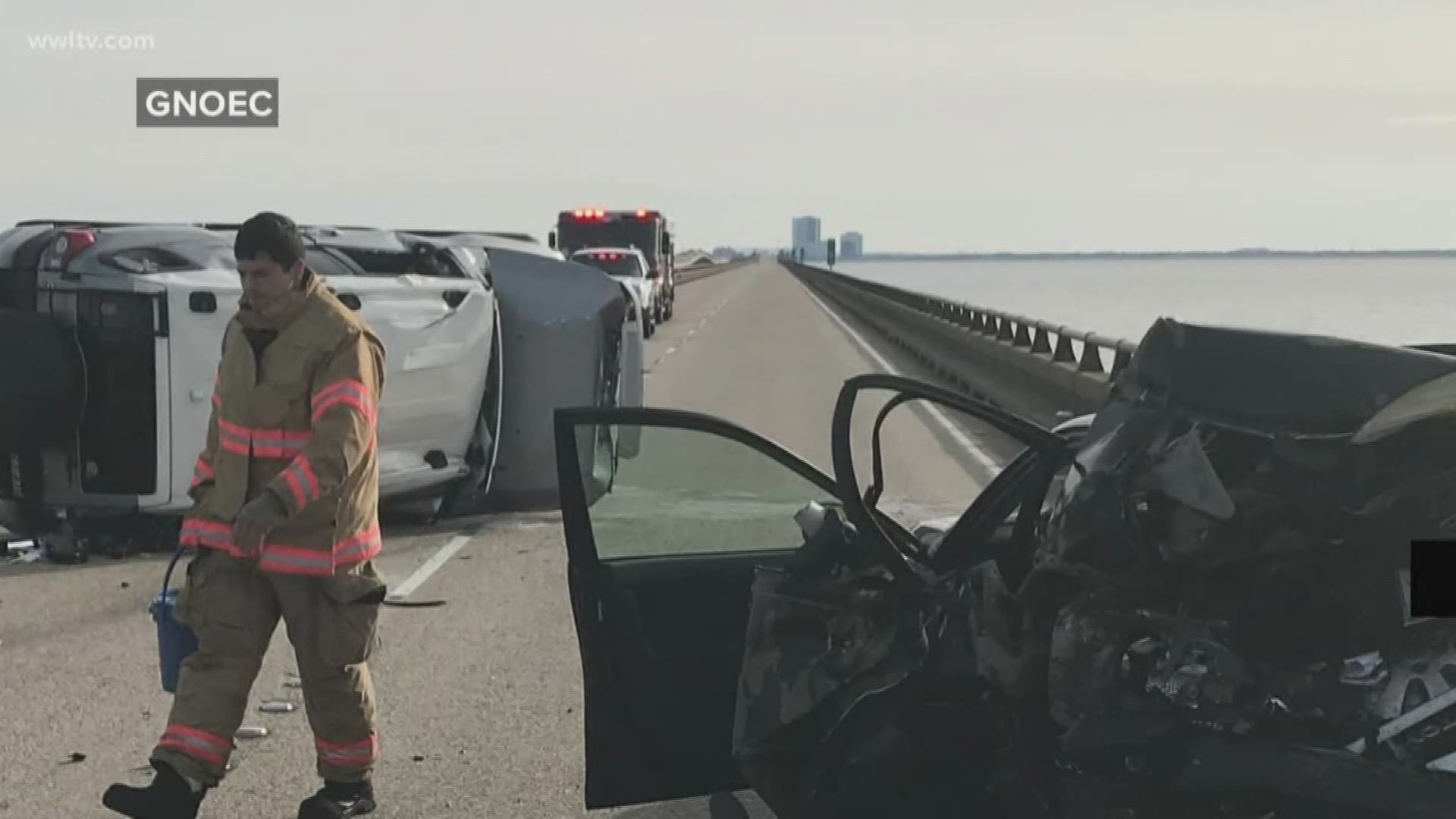 METAIRIE, La. — The woman killed in a rush-hour crash on the Causeway Wednesday afternoon was identified Thursday. The crash shut down the southbound bridge for almost three hours.

Causeway General Manager Carlton Dufrechou said a woman’s car broke down on the bridge. She pulled over in the right lane while she was on the phone with 911, dispatchers heard the crash of an SUV hitting her vehicle from behind.

The SUV hit her so hard, it flipped into the next lane.

A nearby doctor got out of their car to help, but wasn’t able to save the woman. She was pronounced dead on the scene.

“She was about a half mile from one of the crossovers, and actually just passed one of the new segmented shoulders,” Dufrechou said.

The segmented shoulders Dufrechou is talking about are the new emergency pull-offs installed on each side of the Causeway. They’re specifically designed to prevent crashes like this one.

The shoulders, along with new, higher guardrails, are part of a $100 million safety project on the Causeway Bridge.

“We'll have probably 180 crashes this year. One-third of those will be rear-ends into broken down vehicles like we had today,” Dufrechou said. “So that's why it's so imperative to get to the emergency stopping area as quickly as you can."

He says about 40 vehicles have used the pull-offs since the first one was installed.

“The message for everyone out there is to keep rolling, never stop on the bridge,” Dufrechou said. “Get to one of the emergency stopping areas."

Now, the investigation begins into what else could’ve been done to stop Wednesday’s deadly crash.