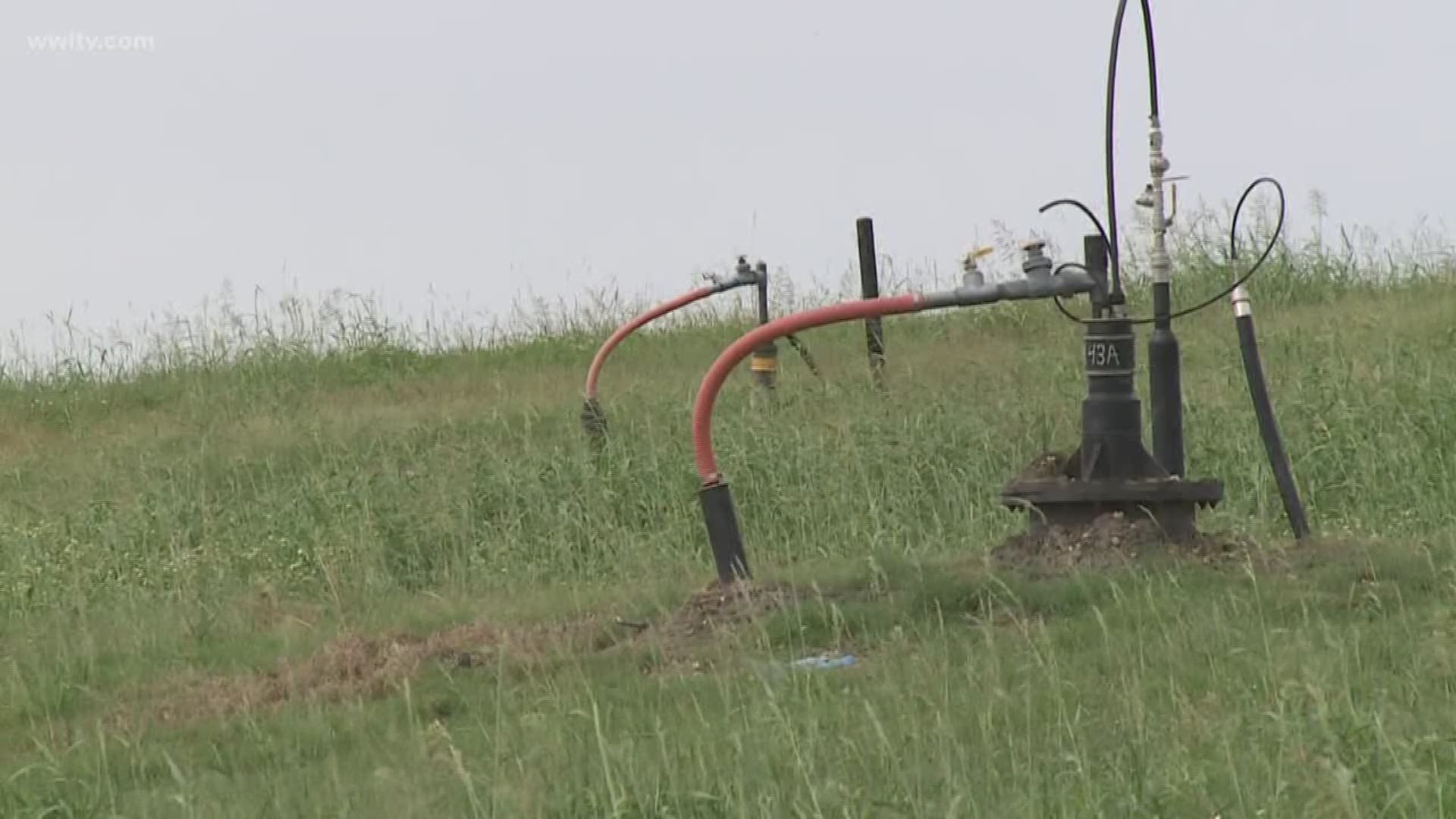 METAIRIE, La. — Jefferson Parish residents are sure to rejoice over a major project to control noxious gas emanating from the parish’s public landfill in Waggaman, but a parish consultant warned Wednesday that the smell could get worse before it gets better.

Parish environmental consultant Kris Carlson told the Jefferson Parish Council that dozens of new gas wells that will be installed at the Jefferson Parish Sanitary Landfill will collect gas that’s been escaping into the air, but the drilling of those wells is likely to contribute to the odors, at least initially.

“Construction is one of the worst times that produces odors,” he said. “A lot of it we can’t help, but we have some strategies and techniques to help us.”

Crews are scheduled to start Monday on the new, $5 million gas collection system, about two years after residents across the river in Harahan and River Ridge began complaining in droves about gas and other foul smells and claimed they caused headaches, itchy eyes and skin irritation.

There was some dispute over the source of the gas odors, with four landfills and several chemical plants in the same area along Highway 90. But a year ago, the Louisiana Department of Environmental Quality determined the Jefferson Parish Landfill was out of compliance with its permits and was the main source of emissions of methane and hydrogen sulfide, dangerous gases being measured in the air at alarming levels.

Parish consultants, including Carlson, identified malfunctioning gas pumps in a large percentage of the landfill’s 225 wells, which are supposed to pull dangerous gases out of the mountainous garbage heaps and pipe them to a gas plant for processing. Liquid that seeps through the garbage and leaches to the bottom of the landfill -- known as leachate -- was not being collected properly and was flooding about 40 percent of the gas wells, consultants found.

This summer, the Parish Council awarded a $5 million contract to the neighboring private landfill operator, River Birch, to repair and construct new gas wells and piping at Jefferson Parish Landfill.

River Birch’s contractors will build 64 new gas wells and install more than 10 miles of new piping in the newest covered areas of the parish landfill, known as Phases 3B and 4A.

River Birch’s Brian DeJean says the construction work will take about a year.

“The goal is to maximize the (gas) collection, which in turn minimizes the emissions,” he said.

The replacement system also allows River Birch to process Jefferson Parish Landfill’s gas at its gas plant next door and sell it as renewable natural gas to the nearby Atlos gas pipeline. River Birch agreed to share 12 percent of those gas sales with Jefferson Parish Government.

River Birch says it runs one of the largest high-BTU gas plants in the country – producing gas that’s over 92 percent methane. A small, medium-BTU gas plant at Jefferson Parish Landfill produced such low-quality gas that it couldn’t be sold as renewable fuel.

Carlson, the owner of North Carolina-based Carlson Environmental Consultants, said the existing gas collection system at the Jefferson Parish Landfill has improved gas flow significantly since May and will keep working during the construction process.

He said the drilling of new wells will last approximately three weeks. He said a second round of drilling is scheduled for February.

“So, I’d say those are going to be the worst times of apparent odors, if there are odors coming from this construction,” he told the council.

Carlson said River Birch’s crews will also install vacuums and use an odor-neutralizing mist in efforts to prevent more odors from escaping during the construction process.