'Our coast is gone' | Flooding, storm surge cause catastrophic damage to Lafitte homes 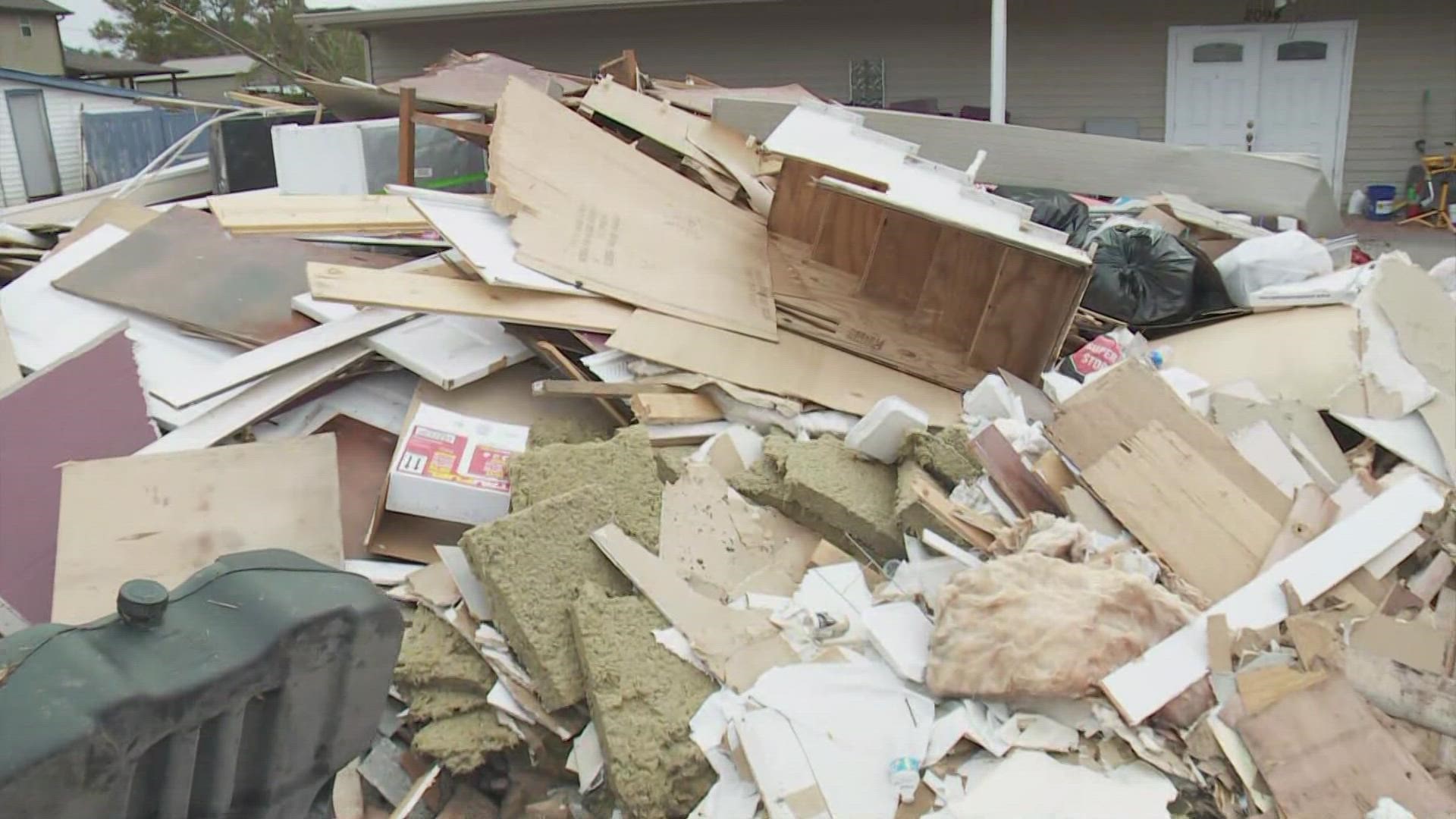 “It looks like an atomic bomb went off in it. It’s just indescribable,” she said.

She’ll need help to rebuild in the future, but right now, she needs a distraction from that worry. It’s why she volunteered to give away supplies to other families hit by the storm.

“There’s people that lost a lot more and it helps to be here giving back,” McDonald said.

Walter Dufour lives on the same street as her. His house is a bit higher off the ground, but he still got about two feet of water inside his home.

“That’s the price you pay for living on the bayou,” he said.

Like so many neighbors, his home is now a collage of what he could save. It includes the dress his wife wore to their daughter’s wedding.

Dufour is committed to this house. A commitment he’s admittedly questioned.

“Sometimes, and I’m usually not overwhelmed, but it gets to you after a little while,” he said. “It’s like, maybe I just ought to bulldoze it down and build another one.”

While other areas of Louisiana are preparing to reopen schools, restaurants and businesses, the flooding that took place here dramatically changes the standard of progress.

“We don’t know when we’re going to get our homes back,” McDonald said. “We just don’t know.”

Mayor Tim Kerner Jr. says as the immediate need for food, water and ice are being met, but there must be more attention directed to coastal protection for low-lying communities like Lafitte.

“Our coast is gone,” Kerner said. “You know, 40 years ago we were an inland community that never flooded in history. Now look at us, we’re flooding multiple times a year.”

Kerner says 85% of the homes and businesses in Lafitte took on major damage, but the water is now safe to drink here and power is back to 90% of the town.

Pumping operations continue and many here are hoping the rain from that system in the Gulf won’t bring any more threats of flooding.