Power restored after more than 3,000 without power in Metairie Sunday

Entergy reported the outage at around 3:30 p.m. Sunday 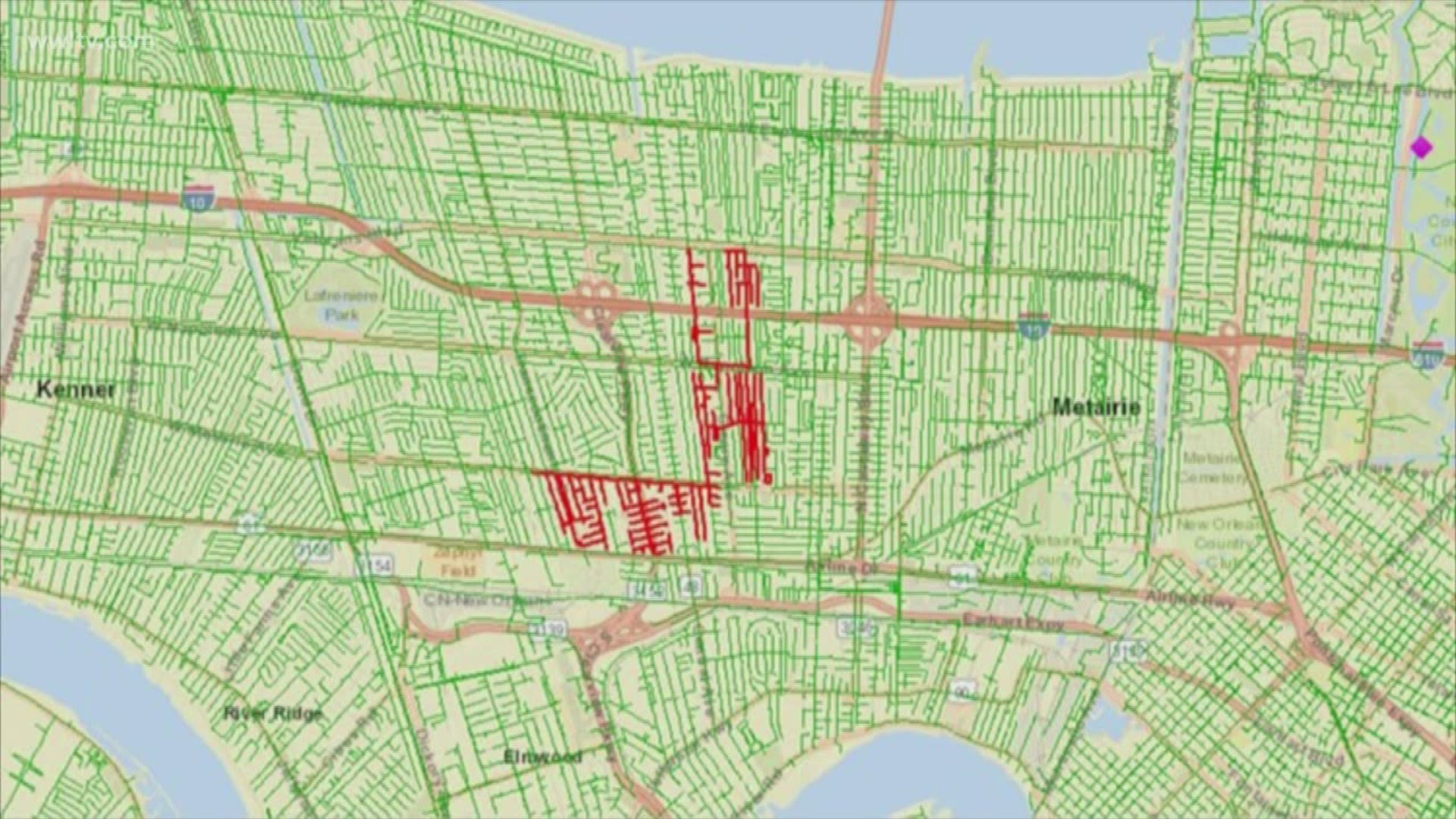 METAIRIE, La. — Thousands were without power in Jefferson Parish Sunday afternoon before energy was restored in the early evening, according to Entergy Louisiana officials.

At the peak, more than 3,000 people within the area between Airline Drive and Veterans Boulevard lost power on Sunday around 3:30 p.m., according to Entergy Louisiana's power outage map.

As of 5:30 p.m., all customers' power was restored, after Entergy officials initially estimated power would be out in the area until 7:30 p.m.

Entergy crews were on the scene in Metairie shortly after the incident to determine the cause of the outage, which they said happened because of high winds.

Residents first reporting the issue to WWL-TV expressed frustration and concern about the losing their power, which happened on a day with 30-35 mph wind gusts in the area. Those classify as 'strong' winds on the official Beaufort wind force scale, according to the National Weather Service.