When the terminal opens in May, flyers will get there from Loyola and Vets 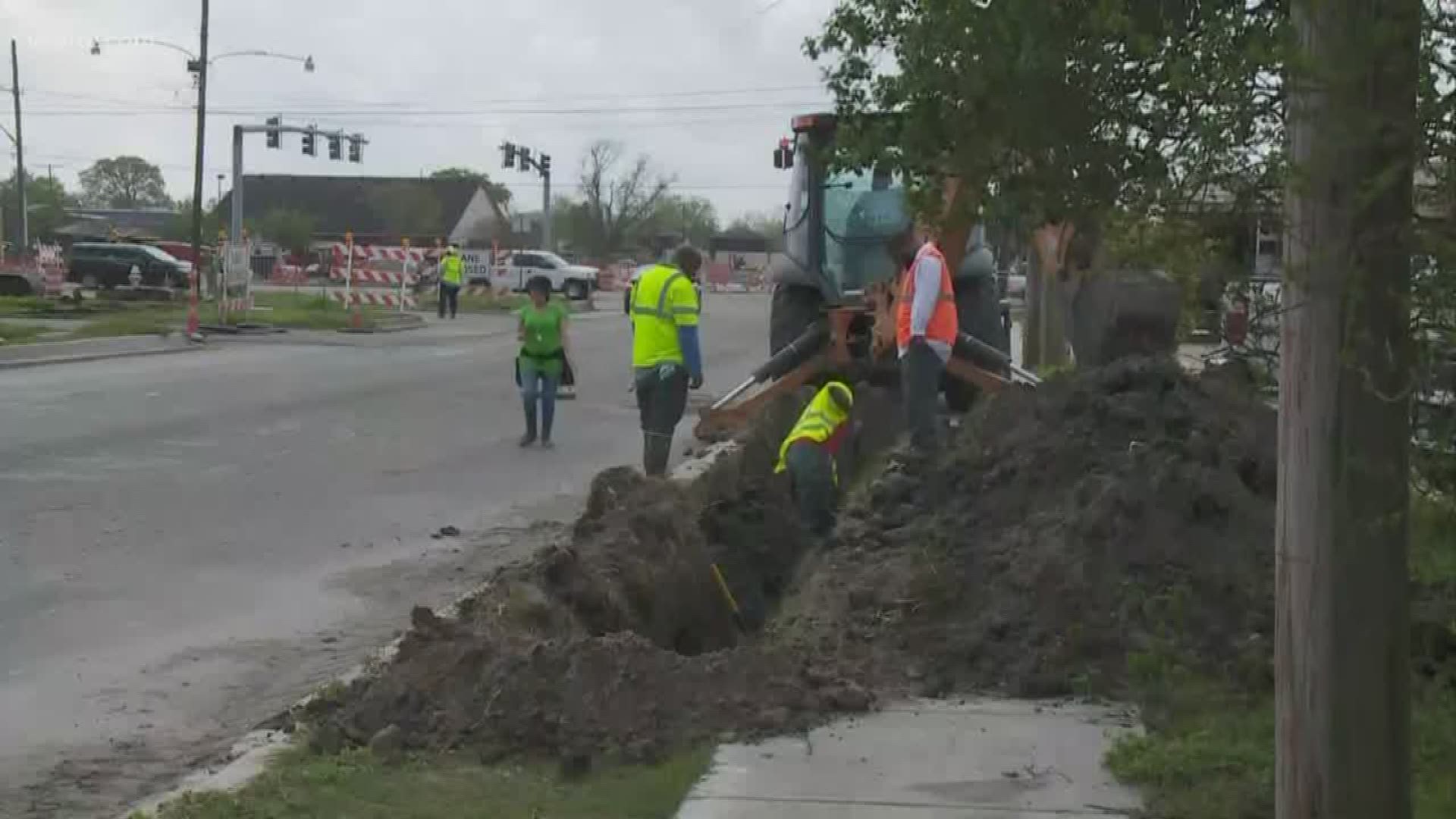 KENNER, La. — The website for the new terminal at Armstrong International promises “efficient passenger processing,” and while getting on your flight might be easier, some fear getting to it could be a challenge.

Work on a flyover ramp from I-10 to the new billion-dollar terminal won’t begin until August, three months after the ribbon is cut on the new building.

But that ramp won’t open for at least four years. So when the terminal opens, flyers will get to it from Loyola and Vets.

Work recently began on the interim traffic plan at that intersection. A firehouse was torn down, ground was dug up and crews are now hustling to build extra lanes to handle the traffic.

Kenner councilman Gregory Carroll says the planning could have been better.

“That never happened. I'm just going to call it like it is,” he said. “So now once we got started, we're going down a road we have to now try to address it now, where it should have been put at the beginning.”

Mayor Ben Zahn says he’s spoken to the DOTD and says he isn’t as worried about any major traffic issues.

“I don’t want anybody to think it’ll be a Utopia,” he said. “It's still going to have some problems. They flyover will be, they say, 3-4 years down the road, it could be longer, I hope it's not.”

Officials with the airport and the DOTD say they don’t expect traffic delays in the meantime as people use surface roads to get to the airport.

“We expect with the added capacity it will mitigate what additional traffic is being put onto the roadway so you have good access to the airport,” Kevin Dolliole, Director of Aviation at Armstrong International, said.

“Airport traffic isn’t always like a morning rush hour, it comes periodically through the day, so we’re going to work with traffic once this interim solution gets up to get the right calibration of the length of signals that we need to provide maximum throughput in all directions,” Shawn Wilson with the Louisiana DOTD said.

The new terminal is set to open on May 15.