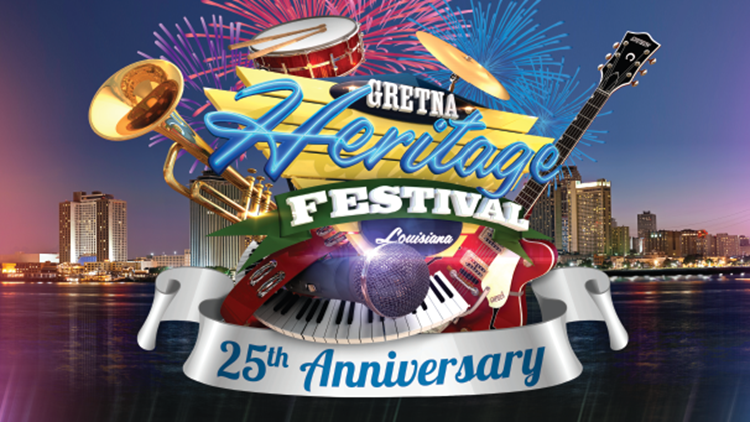 GRETNA, La. — After a brief delay due to Hurricane Barry, the City of Gretna officially announced the lineup for the Gretna Heritage Festival.

Rick Springfield, KC and the Sunshine Band and Starship featuring Mickey Thomas will headline the 25th-anniversary festival that will run from Friday, Sept. 27 through Sunday, Sept. 29.

This year will also feature a new Latino Village that will include two stages of live music, dancing demonstrations, crafts and food vendors.

Advance tickets will be sold at the Gretna Economic Development Association office at a later time. Tickets will not be sold online because organizers chose not to use Ticketmaster this year.

Pre-sale ticket prices include $20 single day passes, $60 3-day passes and new $40 pass for Saturday and Sunday. Tickets are also available at the gate and children under 12-years-old are free.