Ellis was at Jean Lafitte National Park with his mother and sister last night and around 5:30 he slipped into the murky water and disappeared. 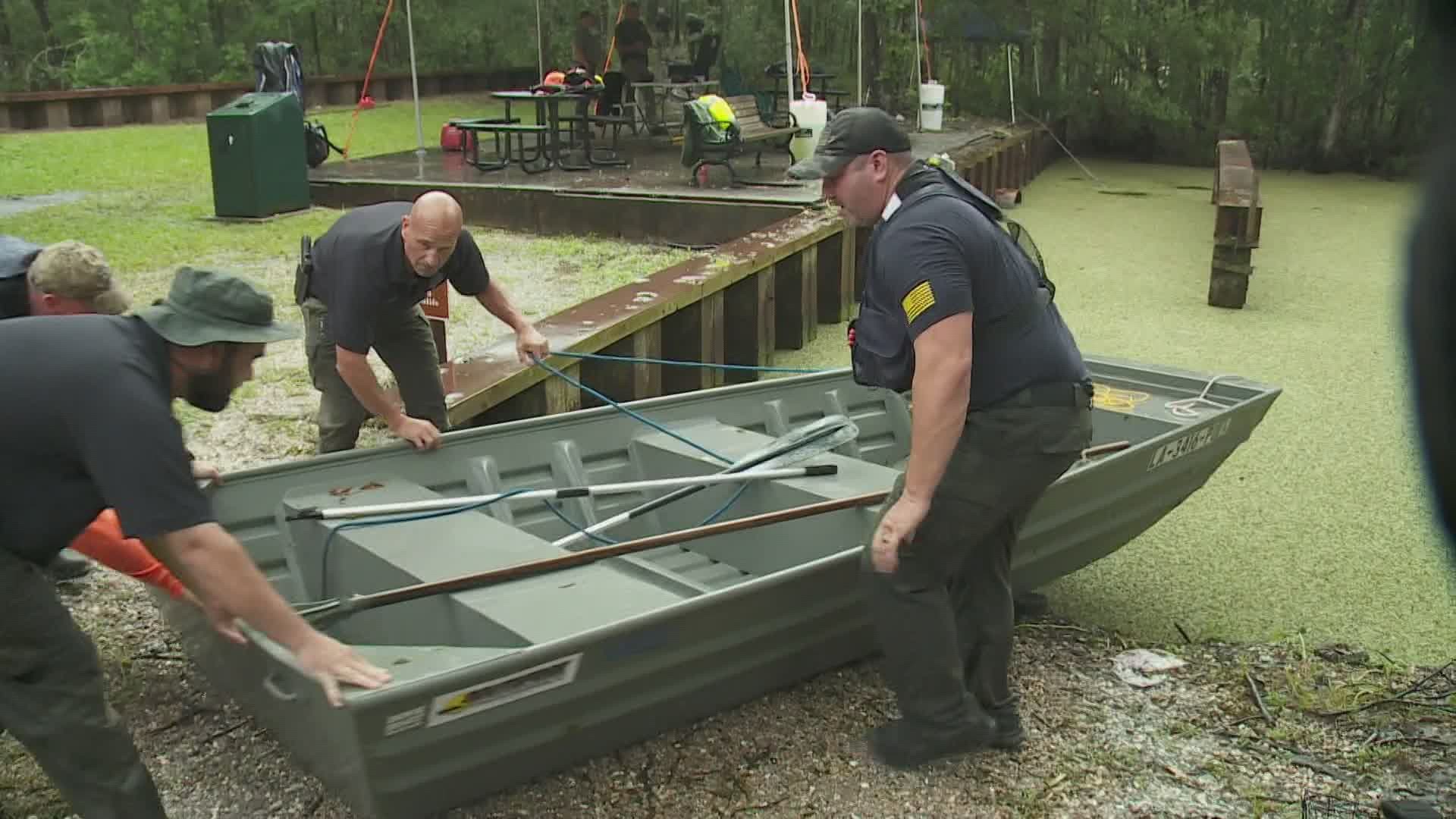 JEFFERSON PARISH, La. — Friday night divers were in a canal at Jean Lafitte National park searching for the signs of a 4-year-old boy who slipped from the banks Thursday evening

Search crews were at it all day.

The camp set up by the Jefferson Parish Sheriff's Office had a boat in the water since about 6 p.m. after pausing for storms.

The sheriff said without a doubt the most difficult challenge is the murkiness of the water. There is zero visibility and parts of the canal are 25-feet deep.

Sheriff Joe Lopinto said they’re using all the technology they can to scan the whole canal with sonar and divers, hoping to find some sign of 4-year-old special needs child Ellis Bodean.

Ellis was at Jean Lafitte National Park with his mother and sister last night and around 5:30 he slipped into the murky water and disappeared.

Crews from Jefferson Parish, St Charles Parish and the national park service - were there for more than 24 hours with K-9s, sonar, divers and cameras.

And there have been dozens of people out there all day watching and waiting for word.

The sheriff's office has said they're being very methodical in the way it searches this canal - and investigating areas of interest some of them twice.