Police followed a chain of handoffs that began in California and ended in Woodmere. 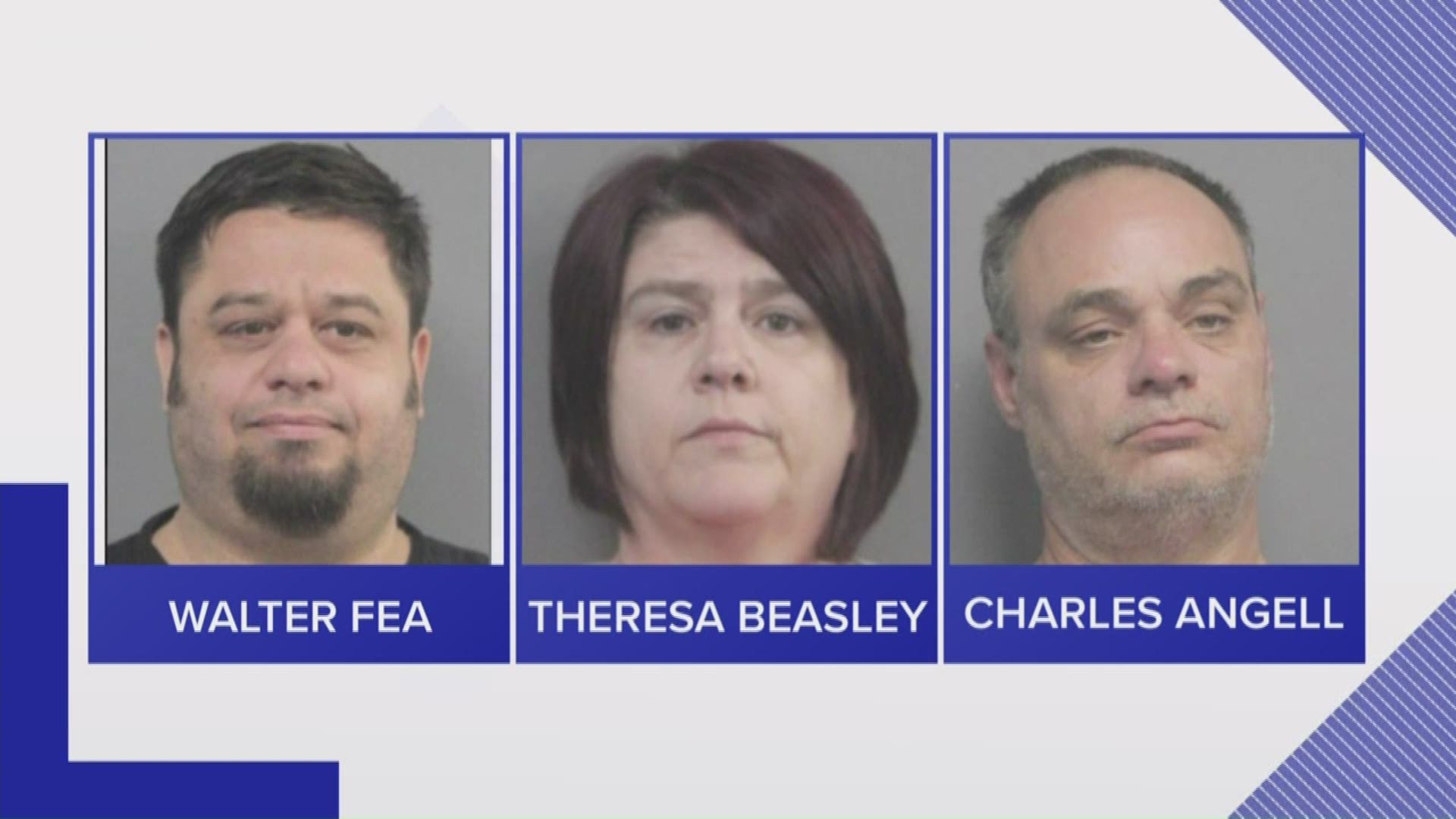 NEW ORLEANS — Police found $1.2 million worth or 325 pounds of marijuana in a shipping container on Thursday, a spokesperson said.

The man arrested for opening the shipping container, 41-year-old Walter Fea, told investigators he was hired by an "Asian man" to travel from Seattle to New Orleans to empty the container and deliver the contents elsewhere, police said.

After he was arrested, someone told Fea to bring everything from the shipping container to a parking lot in Marrero near the building where "Toys R Us" used to be, police said.

Another person was supposed to pick up the van from Fea in Marrero, police said. That man was 53-year-old Charles Angell, who was coming from Woodmere.

Police began surveillance of a home on the 2400 block of Oakemere Boulevard, anticipating Angell's departure and left the van unattended in the Marrero parking lot with the contents of the container minus the drugs.

Angell was arrested after he drove to the parking lot and parked next to the van, and police got a search warrant for the Woodmere house he left before going to pick up the van, police said.

Police found 20 pounds of marijuana, scales and packaging material, at the Woodmere home, and 50-year-old Theresa Beasly, who said she was Angell's girlfriend.

Walter Fea, Charles Angell, and Theresa Beasly were booked after being taken to the Jefferson Parish Correctional Center.

A local task force began working the lead after getting information from Homeland Security Wednesday,

Homeland Security told investigators that a shipping container was coming from California to Shrewsbury Road in Jefferson, police said. A police dog was used to smell the container, and the drug-detecting K-9 Sira signaled that she smelled drugs.

ALSO: Man who shot wife in front of their 4 children sentenced to 80 years

The task force of officers from multiple police departments in the New Orleans area got a search warrant but waited for someone to pick open the container.

Officers from the Gretna, Kenner, and Westwego police departments and sheriff deputies from Jefferson, Orleans, and Plaquemines parishes were part of the Major Crimes Task Force that was responsible for the drug bust.

Police ask if you have any information on this to contact Gretna Police Sergeant Gibbs with the Major Crimes Task Force at 504.363.1727.