Two JPSO deputies were wounded during the incident, they have both been treated and released from the hospital. 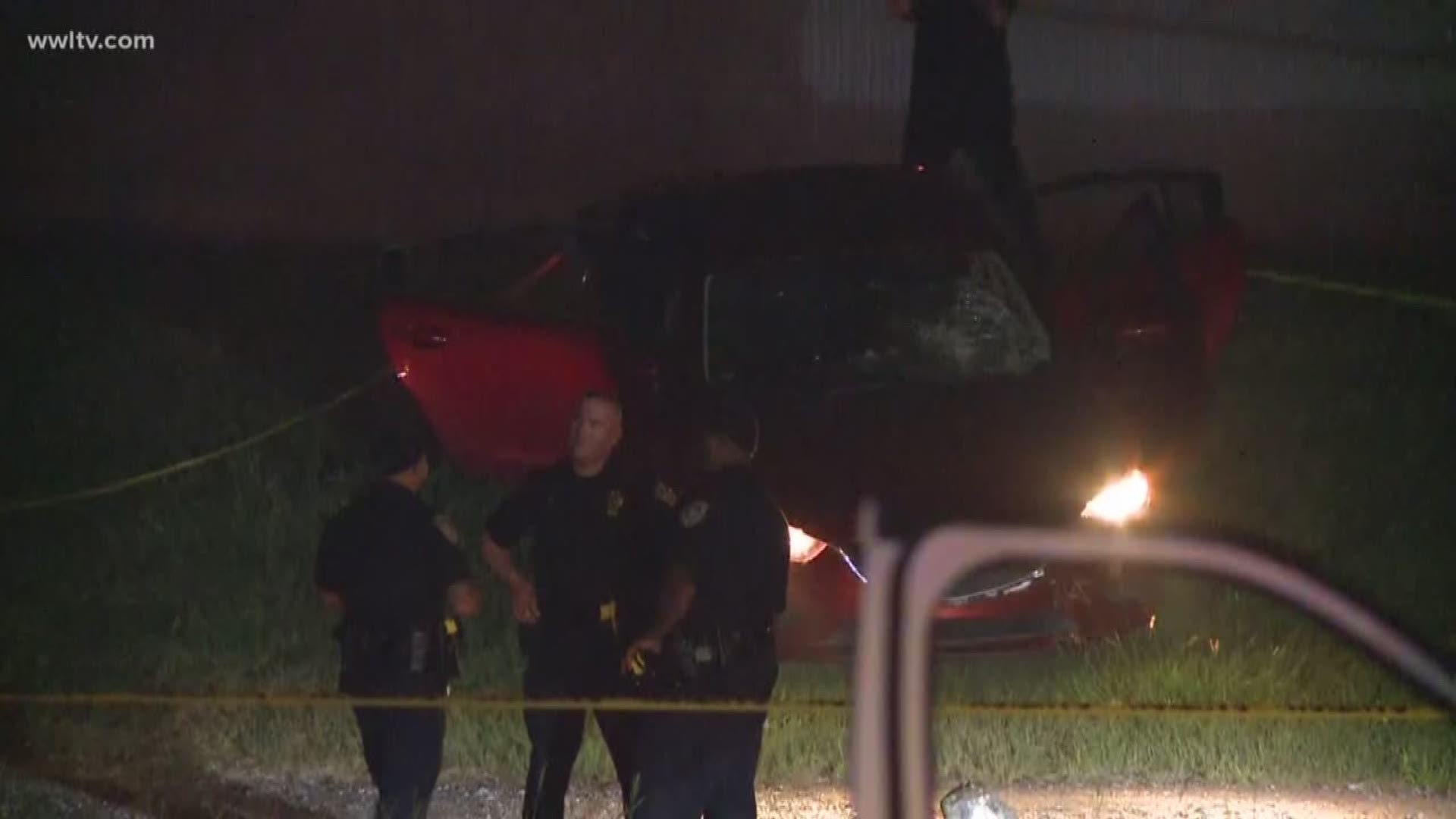 Five teenagers are in custody and two sheriff deputies are recovering from injuries after an early morning police chase and shootout in Jefferson Parish.

Tire tracks mark the spot where a seven-mile police pursuit ended on the levee where Veterans Boulevard dead ends in Kenner.

It started at Severn and West Esplanade in Metairie around 1:45 Wednesday morning when a neighbor called police to report a group of teenagers pulling on car door handles. Jefferson Parish Sheriff Joe Lopinto says when deputies arrived to investigate the teens jumped into a stolen Mazda sedan and one of the subjects got out and pointed a gun at the officer.

"Our officers opened fired on him, but also had to dive out of the way of the approaching Mazda as it tried to run him over," Lopinto said.

The gunman took off running and is still at large. The rest of the teens sped from the scene down Severn onto Veterans.

According to the JPSO,there was another exchange of gunfire near Cleary and Vets when one of the teens hung out of the stolen vehicle and started firing at deputies in pursuit.

Deputies chased the teens all the way to the parish line where the pursuit ended.

"When they got to the dead end, they wrecked their vehicle out and one of the subjects jumped out with another gun," Lopinto said. "He jumped out with a gun and at that point in time I had three officers fire at that location."

Deputies arrested four teens still in the vehicle and a fifth suspect an hour later, who was hiding in a boat in a nearby industrial yard.

Two deputies sustained minor injuries. One who jumped out of the way of the stolen vehicle another inside a JPSO unit rammed by the Mazda.

Folks in the Metairie neighborhood where the incident started called the series of events very scary.

"You don't think that you'd ever see that in your neighborhood, but it's happening everywhere," Randy Lyons said. "It's really not a surprise."

"This area of Metairie is not that known for high crime or gun violence and things like that," Raj Takia said. "It's something new around here."

The JPSO arrested Larry Winbush, 19 and Charles Hulitt, 17, both from New Orleans and Lester Jones, 17, who has an unknown address.

One suspect is still at large. They will all be booked on a long list of charges.

Deputies recovered two guns, one stolen from a vehicle that had just been burglarized.