Jefferson Parish Sheriff Joseph Lopinto said it appeared that the suspect was prepared to leave, but then turned around, went back in and started firing. 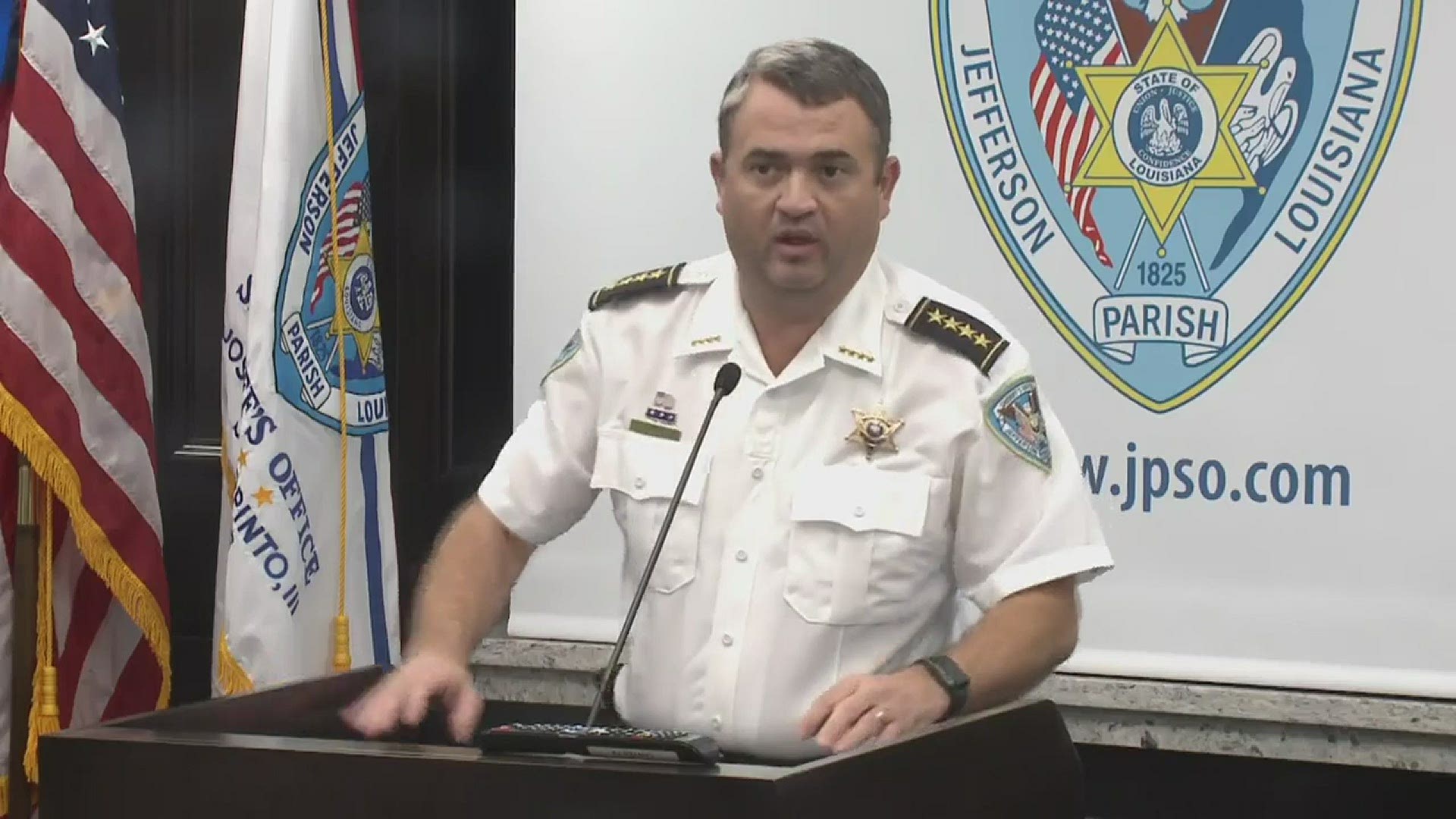 METAIRIE, La. — VIDEO NOTE: Out of respect for the families of the victims, Sheriff Lopinto said the video was edited to not show them being hit with the actual shots.

A man who was told he would have to clear his gun before entering the firing range initially left the building and fired a shot into the empty parking lot at Jefferson Gun Outlet before going back in and out of the store several times, shooting and killing a female customer and an employee, according to Sheriff Joe Lopinto at a press briefing Monday.

Lopinto said that Ms. Veronica Billiot was just looking to leave the building before the chaos broke out when Joshua Williams pointed a gun at her and fired, fatally striking her.

According to Lopinto, Williams then went in and out of the building a couple of times, exchanging gunfire with up to seven store employees. One of them, Noah Fischbach, was lying on the ground behind the counter with other employees and had his back to Williams when Williams fired two shots into Fischbach's back.

Lopinto said Fischbach and the other employees likely believed that Williams had left the scene. He said it is possible that Fischbach was reaching for a gun while he was on the ground with his back to Williams not knowing that Williams had returned and was watching him.

Williams had been at the store with his brother and his brother's children. His brother, at some point, was on the ground, along with employees, and was protecting the children and trying to get his brother to leave, according to Lopinto.

Williams' brother has cooperated with law enforcement, according to Lopinto, and said his Joshua just seemed to snap.

The entire shooting lasted just over a minute.

"I don't know why. There's no reason it ever should have turned into this event," Lopinto said. "I don't know what was going through Joshua Williams' mind."

Joshua Williams eventually left the range and was shot at by several employees, struck and killed.

"The employees did not come to work looking for a fight that day," Lopinto said. "They acted calm, collected and protected a lot of innocent lives that day."

Lopinto said 7 employees are believed to have fired their weapons at Williams at some point, as many as 4 of them did so outside in the fatal encounter.

Lopinto also said that counter to what he said over the weekend, it now does not appear that any customers engaged in the shootout.