'We could not be prouder of the life he led' - JPSO detective honored, laid to rest

Arnold was shot in 2016 while serving a warrant along with members of his task force in New Orleans. He was shot 5 times and died because of those injuries in May. 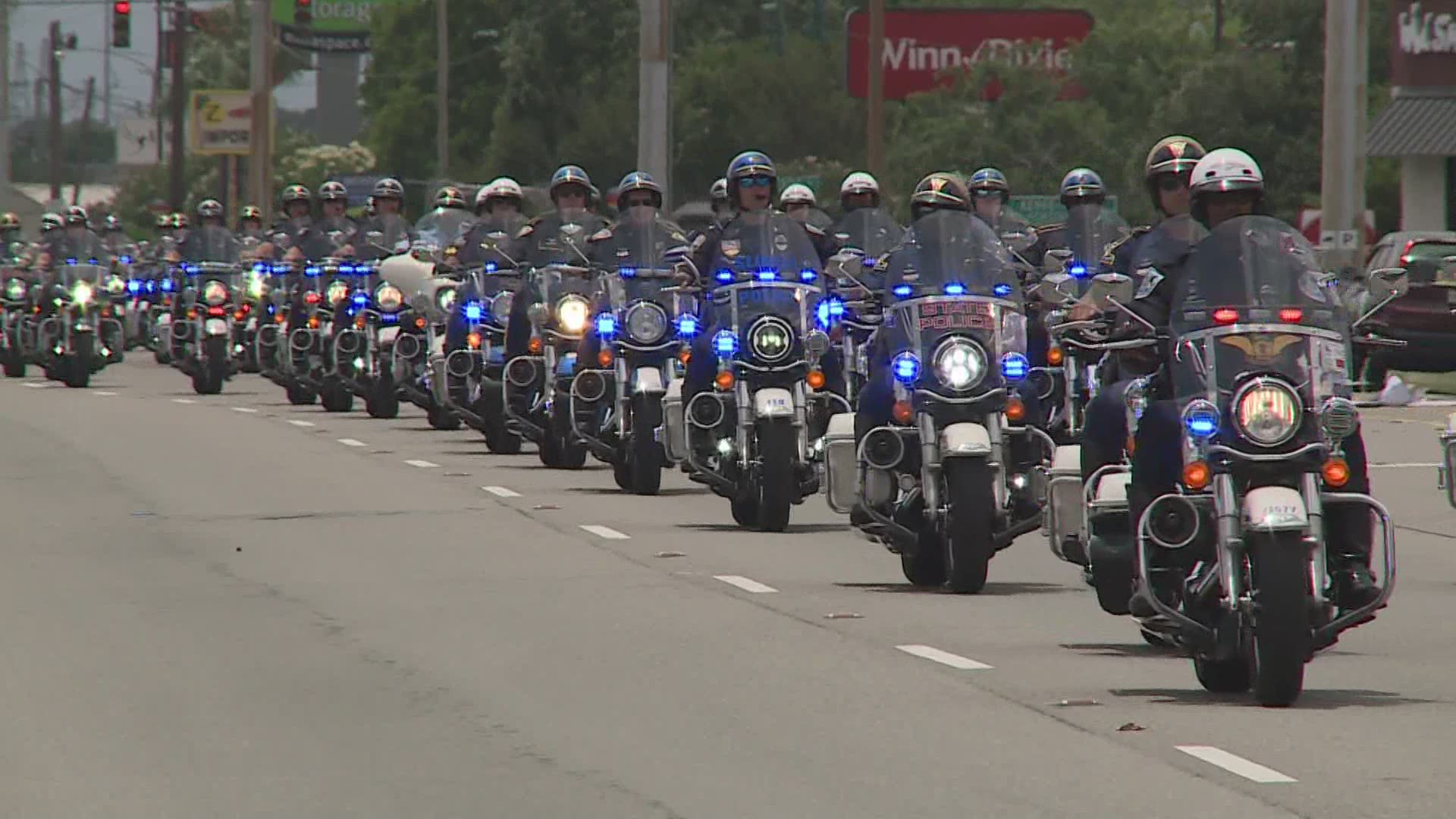 Inside, police officers, sheriff’s deputies and representatives from law enforcement agencies near and far, gathered for the funeral for JPSO Detective Stephen Arnold.

Deputy Adrian Thompson described his partner and friend as a shining example of what a police officer should be.

“Steve was a college graduate who did his job incredibly well, incredibly thoroughly and Steve did his job the right way, every time,” Thompson said.

Arnold was a 12-year veteran of the JPSO. He also served as a detective with the Drug Enforcement Agency task force.

Arnold was wounded on January 26, 2016, while serving a warrant along with other members of his task force in New Orleans. He was shot 5 times and died because of those injuries on May 23.

“This is one that’s a little bit different than many of the other officer-involved shootings, considering it happened 5 years ago,” JPSO Sheriff Joe Lopinto said. “It doesn’t make it hurt any less, but it’s something we’ve been able to prepare for I guess over the last 5 years.”

“We have some of our deputies that are part of the task force,” Gusman said. “They do some of the hardest work. They are in some of the toughest situations. They are trying to do what they can to make our life better.”

Jefferson Parish President Cynthia Lee Sheng, the daughter of the late Sheriff Harry Lee attended the visitation. She said Detective Arnold’s death is a reminder that law enforcement officers choose a path that is inherently dangerous.

“The family of a law enforcement officer has this sense of pride at the same time a very high sense of worry all the time,” Lee Sheng said. “The Arnold family should be very, very proud that Detective Arnold gave so much to this community because somebody has to do it.”

JPSO deputies stood at attention as the fallen officer and his family passed.   Ordinary citizens like Laura O’Connell and her co-workers also gathered on the side of the road to pay their respects.

“I have a brother in law enforcement, so it kind of hits home for me,” O’Connell said. “It’s hard for me to talk about my feeling for the family because I can only imagine what I would go through.”

Arnold’s family asked for privacy, but in a statement said, “We could not be prouder of the life he led.”

“Steve was that guy that if every one of us, myself certainly, were just a little more like Steve, the world would be a much better place,” Thompson said.

The man who shot him eventually pleaded guilty to the shooting in federal court, along with several other drug and gun-related charges.

He is now serving a 35-year prison sentence.