The cat was tracked by Jefferson Animal Control near York Street and Transcontinental. 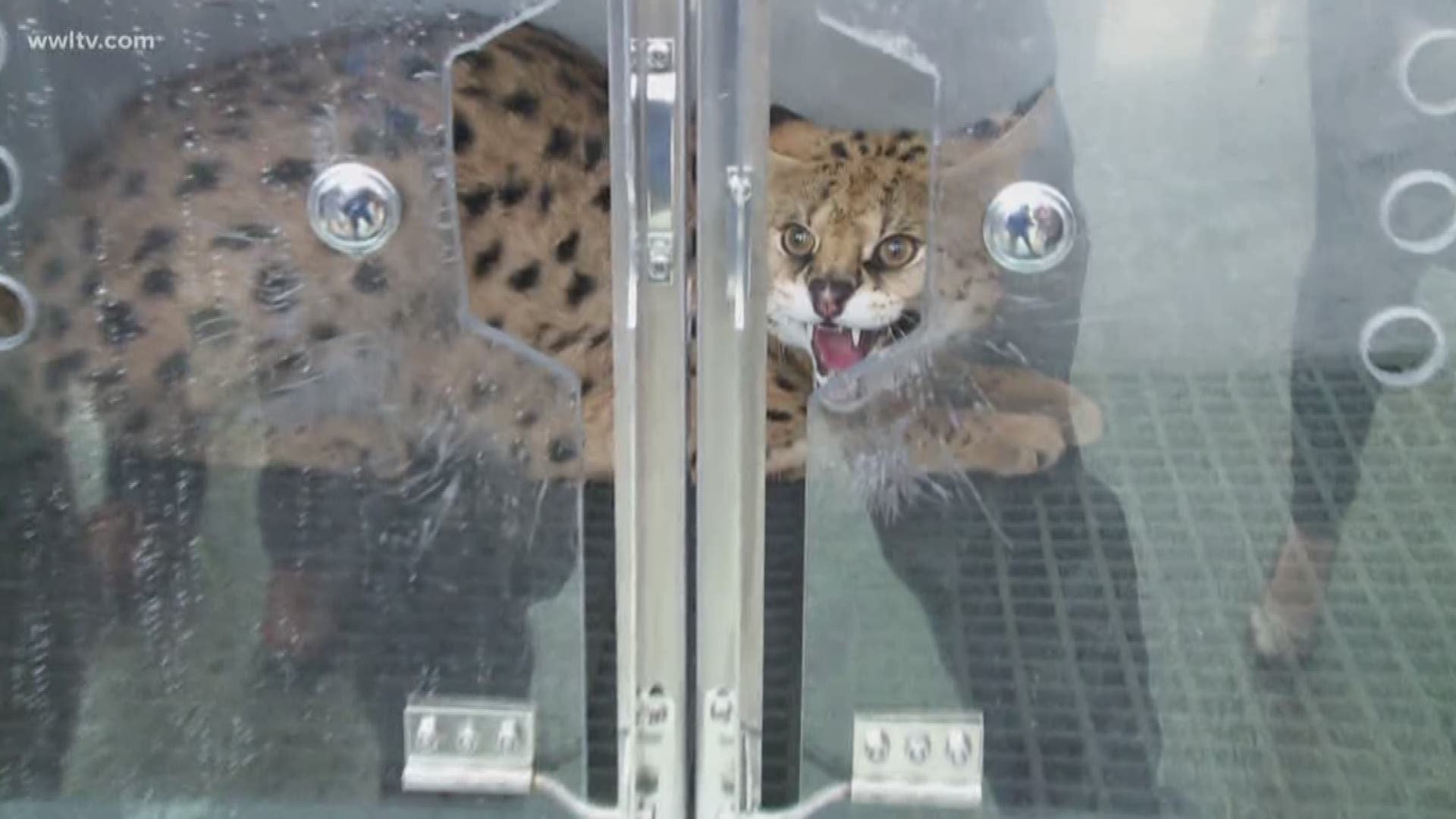 METAIRIE - An exotic African wild cat, that escaped from its owner, is in custody now being treated for a minor injury. It took seven Jefferson Parish animal control officers to capture it, but for several hours Tuesday morning, it had people in a Metairie neighborhood scared after it attacked a family pet.

The call to 911 said social media reported a bobcat on the loose. When Jefferson Parish Animal Control determined it was a male serval, a wild African cat raised as a pet, their officers went into action.

"Because I walk her every night," said Gerilyn Brouphy about her 14-year-old Chihuahua 'Bella.' "And I'm kind of wondering about maybe encountering this thing."

The 5200 block of York Street was where the male serval named 'Caesar,' grabbed a girl's pet silkie chickens.

"I got an emergency call at 4 a.m. right after the attack, and she said the cat had her bird in his mouth," remembers Dr. Leslie Pence, at veterinarian at Avian and Exotic Animal Hospital of Louisiana.

Dr. Pence says 'Rainbow' the chicken is being hand fed by syringe, and would not have survived if her owners had not foiled the attack.

"She was in a lot of pain when she was brought in, but we took care of that pretty easily. We are working on cleaning her wounds, giving her antibiotic to prevent infection, and keeping on top of her pain control," said Dr. Pence.

A little after 11 a.m. Animal Control spotted Caesar in a tree with a minor injury to his paw. He was captured without anyone getting hurt and without tranquilizers.

He is being housed at the Audubon Institute while the situation is under investigation.

Neighbors say the woman who owns the African cat lives a half mile away from where Rainbow's attack happened. The owner worked with Animal Control, but would not talk to the media. Dr. Pence says it is illegal to have a serval in Jefferson Parish unless owners get a special permit and pass a home inspection.

The owner told Animal Control her this about Caesar:

"According to the owner, this cat sleeps in bed with her," said Beaulieu-Lee.

Jefferson Parish Animal Control says the owner did not have a permit for the cat that they are aware of.

They are continuing the investigation as to how the animal got out.