“We’re all about family,” Friloux’s mother, Jamie Reavis, told the news outlet. “If her mom is ill, she should be allowed to take care of her.” 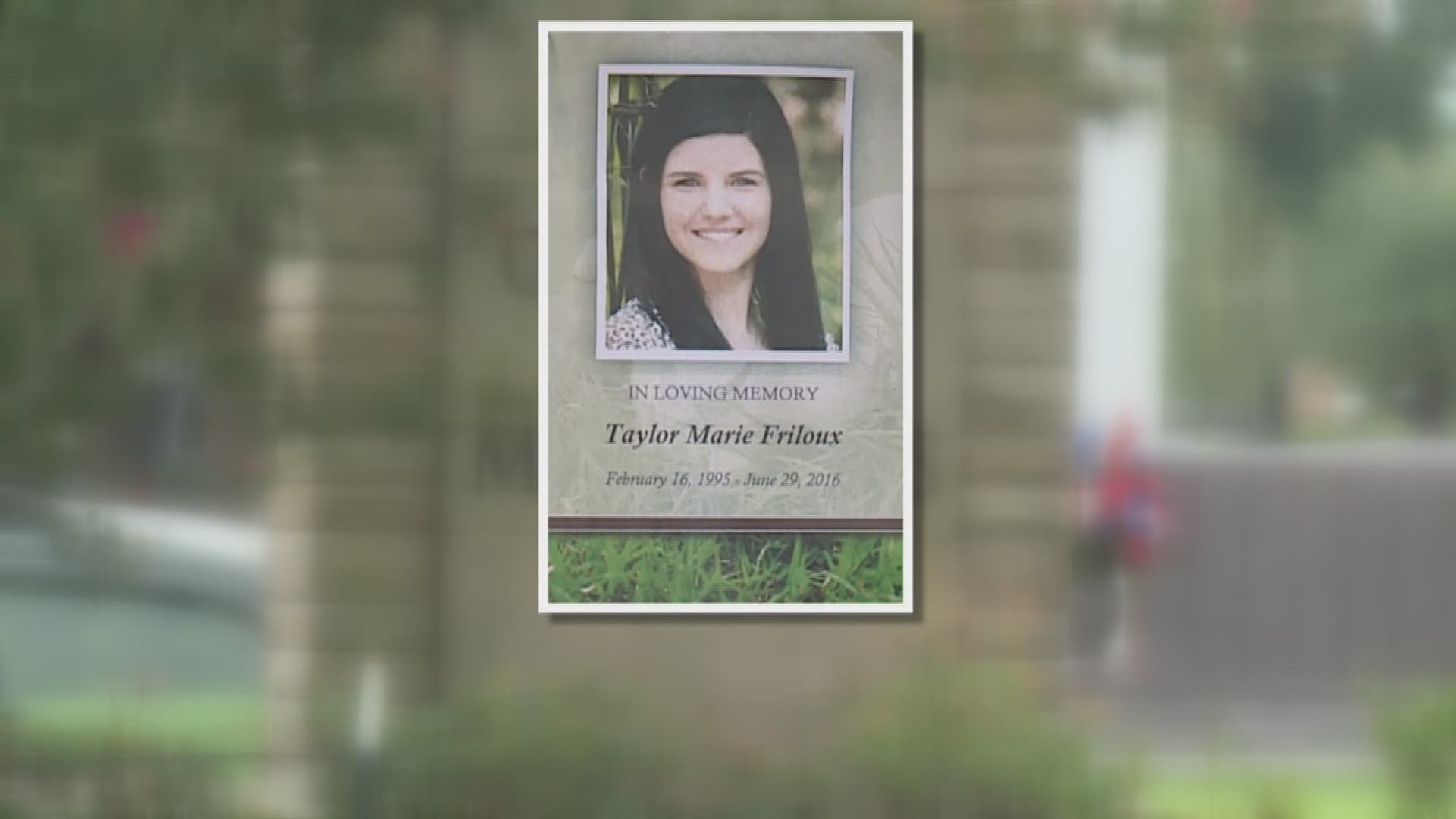 GRETNA, La. — A woman awaiting sentencing for her role in an armed robbery that left a Louisiana restaurant manager dead in 2016 has been granted release from jail on home incarceration so she can take care of her sick mother.

Ariana Runner has been held at the Jefferson Parish Correctional Center since she was arrested nearly five years ago, The Times-Picayune | The New Orleans Advocate reported. Runner, 27, pleaded guilty to conspiracy to commit armed robbery and obstruction of justice in September 2018.

Family members of Taylor Friloux, the slain 21-year-old Raising Cane’s manager, were in court Wednesday when the judge approved Runner’s release. They described the request as a gut punch but said they found empathy for her after discussing the details.

“We’re all about family,” Friloux’s mother, Jamie Reavis, told the news outlet. “If her mom is ill, she should be allowed to take care of her.”

Runner is an only child and has to help her mother with “life-threatening injuries,” according to court documents. Attorney Warren Belfield III didn’t offer further details about her mother’s condition.

She will have to wear an ankle monitor and can only leave the house for medical appointments and church. Runner won’t be allowed to use social media or contact anyone connected to the case other than the lawyers involved.

Prosecutors said Runner will be sentenced in the robbery case after the trial of co-defendant Joshua Every, who worked at the fast food restaurant with Friloux. Authorities say she is expected to testify against the 28-year-old, who faces the death penalty if he’s convicted of first-degree murder.

Runner admitted to recruiting Gregory Donald, who police say went into the Kenner restaurant with Every on the night of the robbery. The pair attacked employees with a knife and a box cutter as they took out the trash. Every is believed to have stabbed his former co-worker and stolen about $1,000 from the restaurant safe.

Every was ruled incompetent to stand trial in August 2019 and was sent to a state mental health facility. His competency will be assessed July 7, when he’s expected to return to court.