Ochsner was a renowned leader in heart surgery and transplants whose father co-founded what is now the Ochsner Health System. 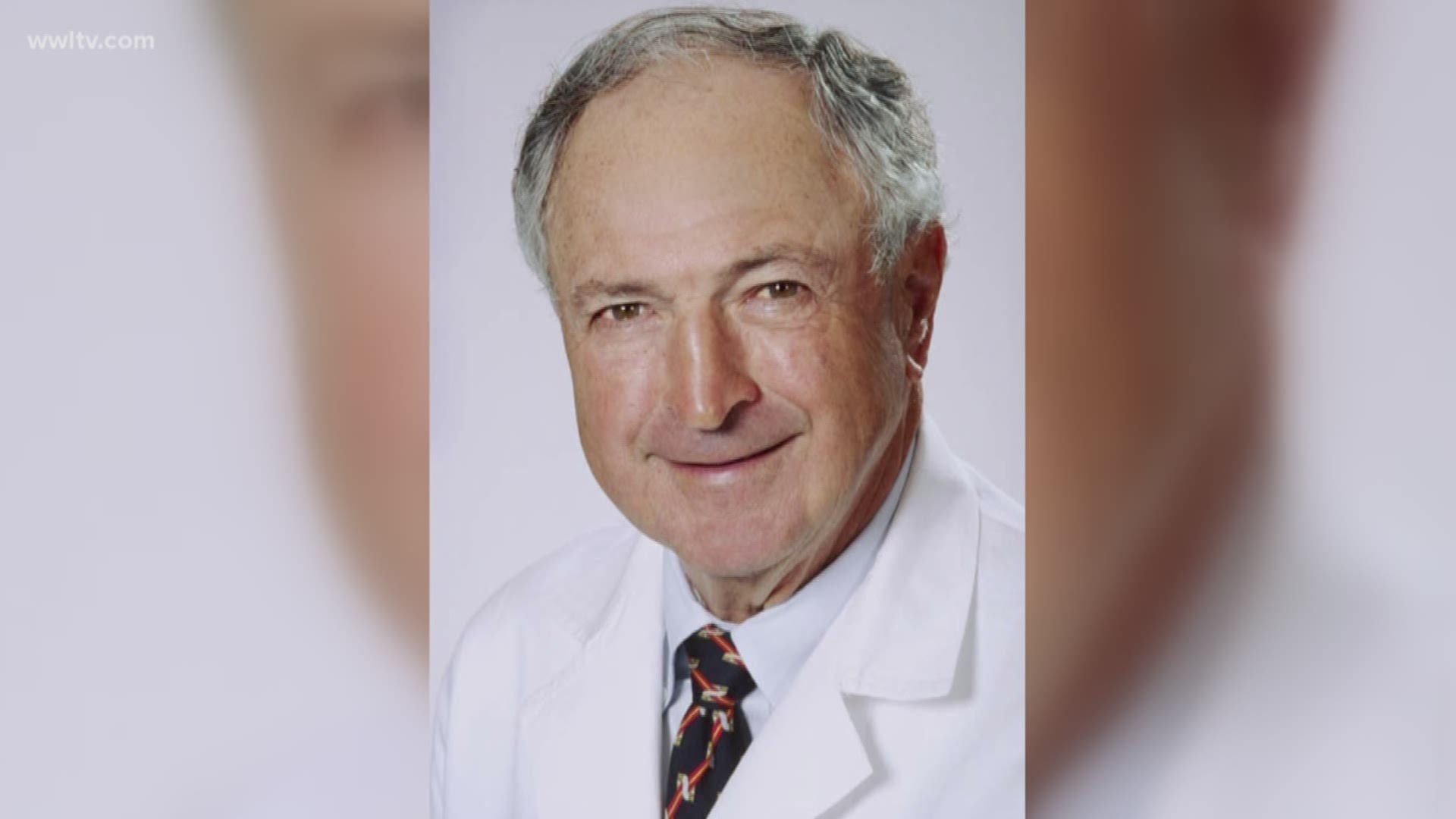 Ochsner was a son of the late Dr. Alton Ochsner, one of five doctors who in 1941 started a private group practice that is now the Ochsner Health System, one of the largest independent academic health systems in the U.S. and Louisiana’s largest not-for-profit health system, with 30 hospitals and more than 18,000 employees.

"For more than 57 years, Dr. Ochsner has been a consistent, larger-than-life presence across our hospitals and with our staff and patients. His sphere of influence spanned across New Orleans, generations of Ochsner physicians and colleagues and the international medical community," said a statement from Andy Wisdom, board chairman of Ochsner Health System and Warner Thomas, Ochsner president and CEO. "While this is a significant and heartbreaking loss, it is also cause for celebrating a life well-lived. We are proud to continue his legacy, feel privileged to call him a friend and we will miss him dearly."

John Ochsner grew up in New Orleans and graduated from Tulane University School of Medicine in 1952 and spent two years at a hospital in Michigan, where he began his surgical residency at the University of Michigan before being drafted into military service during the Korean War. He then took up residency at Baylor University Affiliated Hospital under the tutelage of family friend Dr. Michael DeBakey.

DeBakey, later a world-renowned heart surgeon, had studied under Ochsner's father at Tulane and worked in the original Ochsner clinic. "He used to baby-sit for us when we were kids," John Ochsner told Prime Magazine in a 2005 article. "He was devoted to my father." DeBakey later became a pioneer in development of the artificial heart and valves and, together with Dr. Denton Cooley, was the first to implant a completely artificial heart. DeBakey became an early mentor to John Ochsner and helped train him in Texas.

However, after six years in Houston, Ochsner wanted to come home. "There's no place I'd rather be," he said in the 2005 interview. He and wife Mary Lou returned home to New Orleans in 1961.

Ochsner used his training in Texas to help create a thoracic and cardiac program at Ochsner Hospital. In 1966, he was named chair of the Department of Surgery.

Ochsner achieved many firsts during his years back in New Orleans, including early work with valve and coronary surgery, pacemakers, and the first heart, lung and liver transplants. He performed the first heart transplant in Louisiana (and the Gulf South) in 1970. Speaking of heart transplants, he said "the best feeling you get is when the new heart starts off. It's been still, and suddenly it begins to beat, and then you know," Ochsner told The Times-Picayune in 1990.

"It's not that difficult of an operation - I do a lot of operations that are much more technically demanding - but there's nothing more breathtaking than the sense that you're stuck there with not knowing if the heart's going to come back, and you have an empty space for a while when you take it out."

In 1974, Ochsner implanted a heart pacemaker in the youngest patient ever, an 18-hour-old newborn.

He led the expansion of Ochsner Medical Center cardiovascular services, which served as the foundation to the John Ochsner Heart and Vascular Institute.

Hospital officials estimated that he performed more than 12,000 surgeries in his career. He authored more than 300 medical publications, journals and books.

Ochsner was elected president of more than 10 medical associations throughout his career, including the International Society for Cardiovascular Surgery and the American Association for Thoracic Surgery.

He had retired from surgery in 2004, at age 77, but continued to see patients.

Known to friends as Johnny, Ochsner, a father of four, was a longtime civic and community leader, chosen to reign as Rex, King of Carnival, in 1990. "I was thrilled to be Rex. I've always told people that all the honors I got in my field came with a lot of hard work, but when I was Rex everybody worked for me," he joked.