A massive police presence shut down the street Tuesday night as deputies searched for the suspect in the chase. 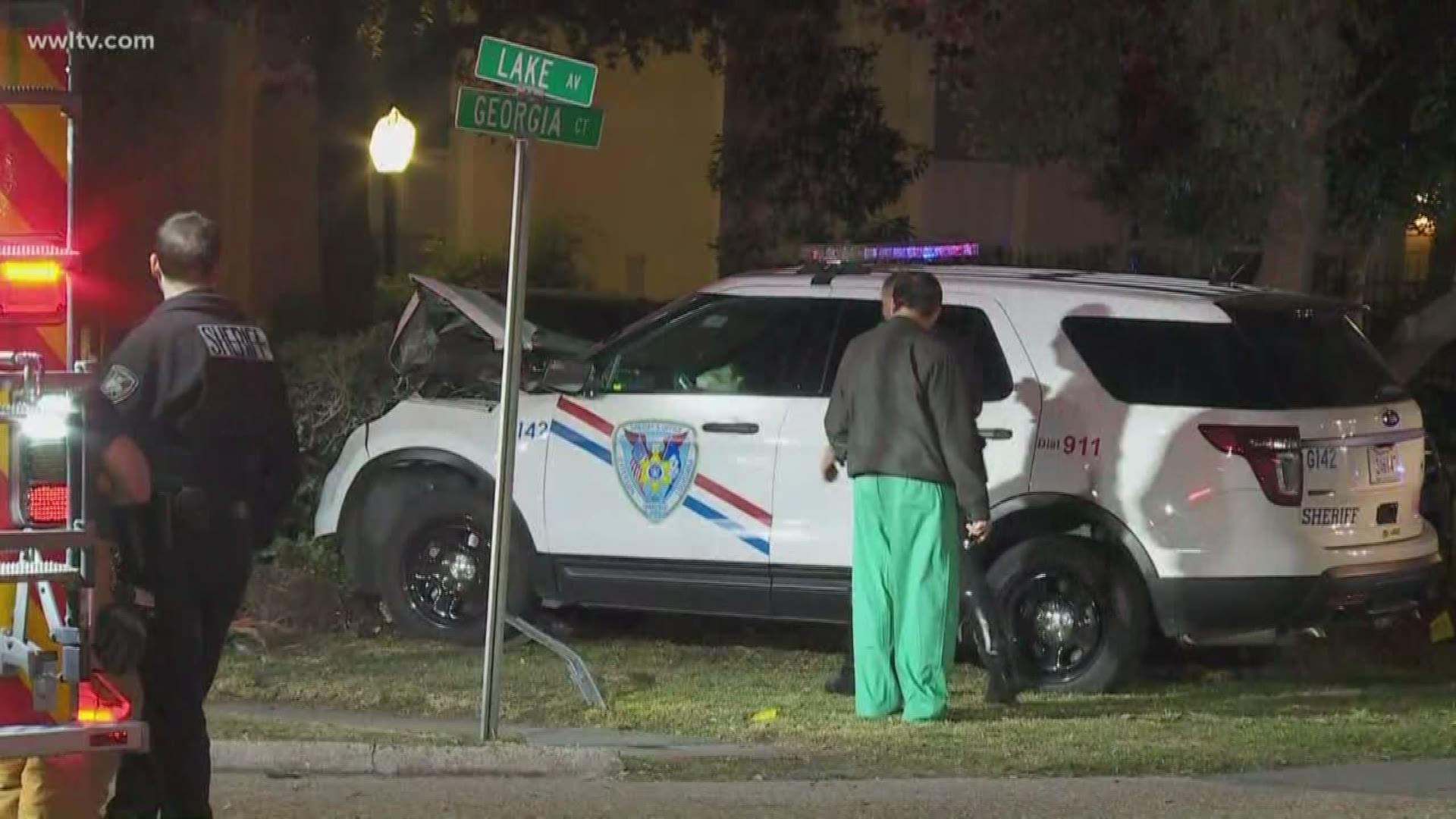 METAIRIE, La. — A Jefferson Parish deputy crashed during a vehicle pursuit near the parish line Tuesday night, leading to an active scene on Lake Avenue as police rushed to search for the suspect, officials said.

According to a JPSO spokesperson, a deputy was attempting to stop a driver on Lake Avenue in between W. Esplanade Avenue and Veterans Boulevard around 8:30 p.m.

During the pursuit, the deputy reportedly lost control of his vehicle and crashed into a tree. The suspect, at a dead end, also stopped his vehicle and ran from the scene on foot.

No injuries were immediately reported, a spokesperson said, and police rushed to the scene in response.

A massive police presence shut down Lake Avenue as deputies searched for the suspect along the 17th Street Canal. By 10:15 p.m., however, the street had reopened and only a few officers remained.

Officials said the short pursuit started on Veterans Boulevard and the suspect was wanted for possession of narcotics. They said they did not believe the suspect was a threat to the public during the search.

No other details were immediately available.

ALSO: Millions spent on sickening smell in Jefferson Parish, but little has changed