Kathleen Blanco to lie in state at Louisiana Capitol Thursday

Blanco died Sunday, Aug. 18 after battling a rare, incurable type of cancer that had spread to her liver. She was 76. 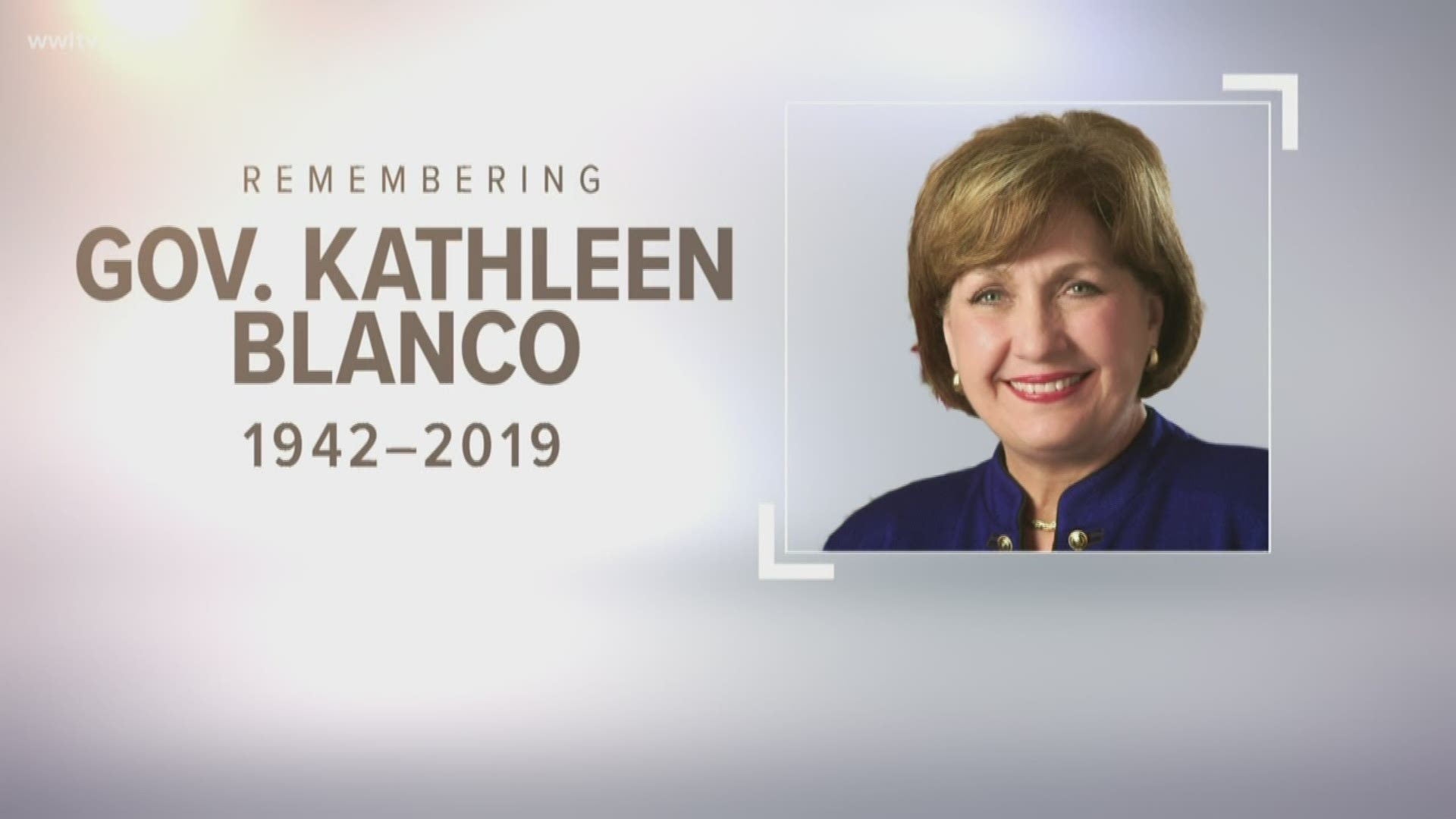 BATON ROUGE, La. — Former Governor Kathleen Babineaux Blanco will lie in state in the Louisiana Capitol Rotunda Thursday as part of a three-day celebration of her life.

Blanco died Sunday, Aug. 18 after battling a rare, incurable type of cancer that had spread to her liver. She was 76.

An Interfaith Service is scheduled at St. Joseph's Cathedral in Baton Rouge before an honor procession at the state capitol. Blanco will be met with a military salute on the front steps and then lie in state for public visitation.

A public visitation and prayer service is also scheduled in Lafayette. A Mass of Christian Burial is set for Saturday before a private burial.

Click here for the full Celebration of Life schedule.

Gov. John Bel Edwards has ordered that flags be flown at half-staff until after the funeral mass on Saturday, Aug. 24.

In lieu of flowers, the family requests that donations be made to the Governor Kathleen Blanco Public Policy Center, via the University of Louisiana - Lafayette Foundation, 705 East St. Mary Blvd, Lafayette, LA 70504 or online at Give.louisiana.edu.

In December 2017, Blanco, who had undergone treatment six years earlier for an ocular melanoma, revealed the rare, incurable type of cancer had spread to her liver. At the time, she said doctors told her she may have only six months to live. She underwent treatment for 16 months but in April 2019 entered hospice care.

“I am in a fight for my own life. One that will be difficult to win,” she wrote in a letter published in 2017 in newspapers statewide. “I knew from the start of my cancer journey this could happen, but with each passing year, I hoped this cup would pass me by. It did not.”

One year later, in December 2018, the former governor said that while she remained optimistic, she understood there was “no escape. The monster is not far down the road.” She spoke before a gathering of the Council for A Better Louisiana, which gave her an award for distinguished service.

A family member confirmed Blanco passed away peacefully, surrounded by her family, at the St. Joseph's Hospice Carpenter House in Lafayette.